Just like I said on my first post about Ijen. This crater, it’s beauty is captivating, yet for those who work in the Sulfur mines it is a hard life.

When I slowly walked up in that nice breezy morning, I saw a lot of sulfur miners also walking up to the crater. Some of them had this frowning face, probably a face that is fed up with the reality, probably. Interestingly, some of them climbed up with kind of normal face. In fact, they joke around between them and greeted us, the tourist, once in a while.

Four sulfur miners walked not far away from me. One of them was very kind and friendly. During the walk, that man give me an interesting offer. The offer was to walk down to the crater and accompany them to take the sulfur. “Isn’t that dangerous?” I spontaneously asked him. Right after that I realized, the dangerous thing, that I was concerned about is part of their daily routine. Something they have to for the sake of continuing their life .

So, I did walk down to the crater and accompanied them while they were working. It was such a unbelievable experience. At the end, I gave them some money (probably they do expect that, I don’t mind anyway). The miners really take care and gave so many attention during my visit to the crater. I think they really understand the risk of offering me to accompany them. Btw, honestly, I had a moment where I couldn’t breath because the sulfur smoke was pretty bad. I thought at the time I was going to die. 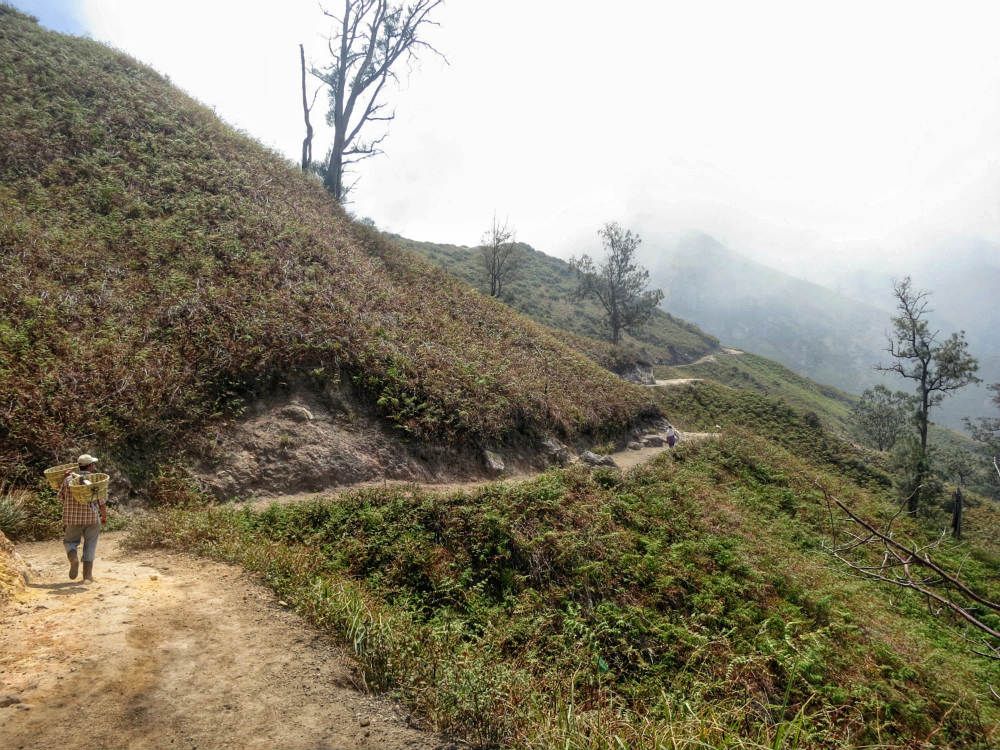 This is their daily route to the ‘office’. 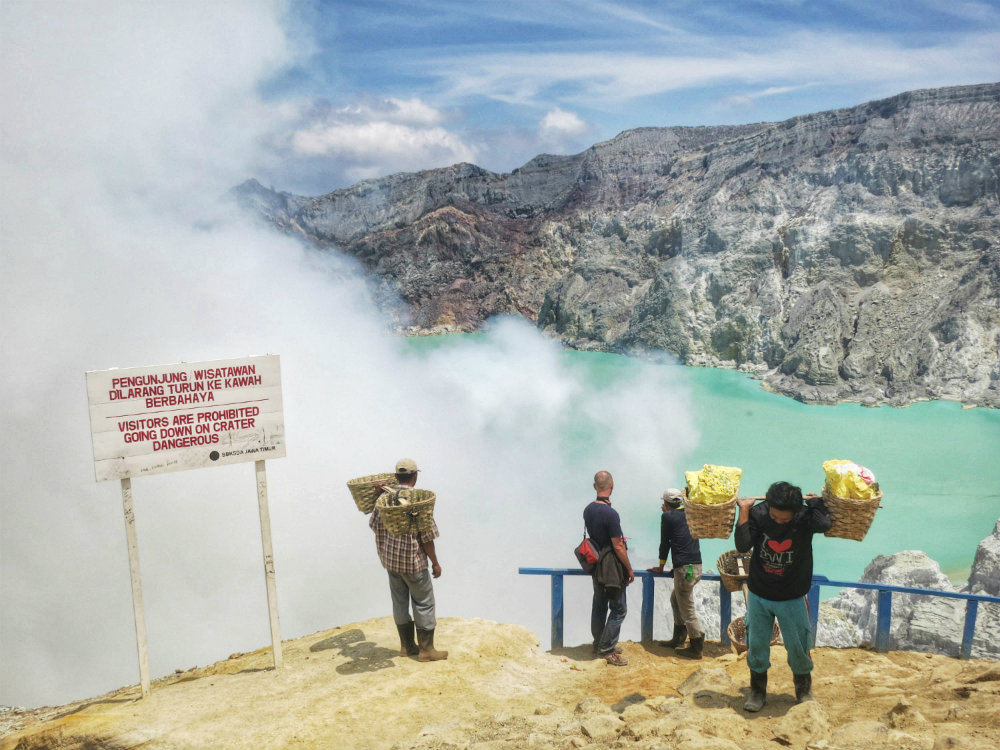 I pointed to that board of announcement before I walked down and notify the miners. 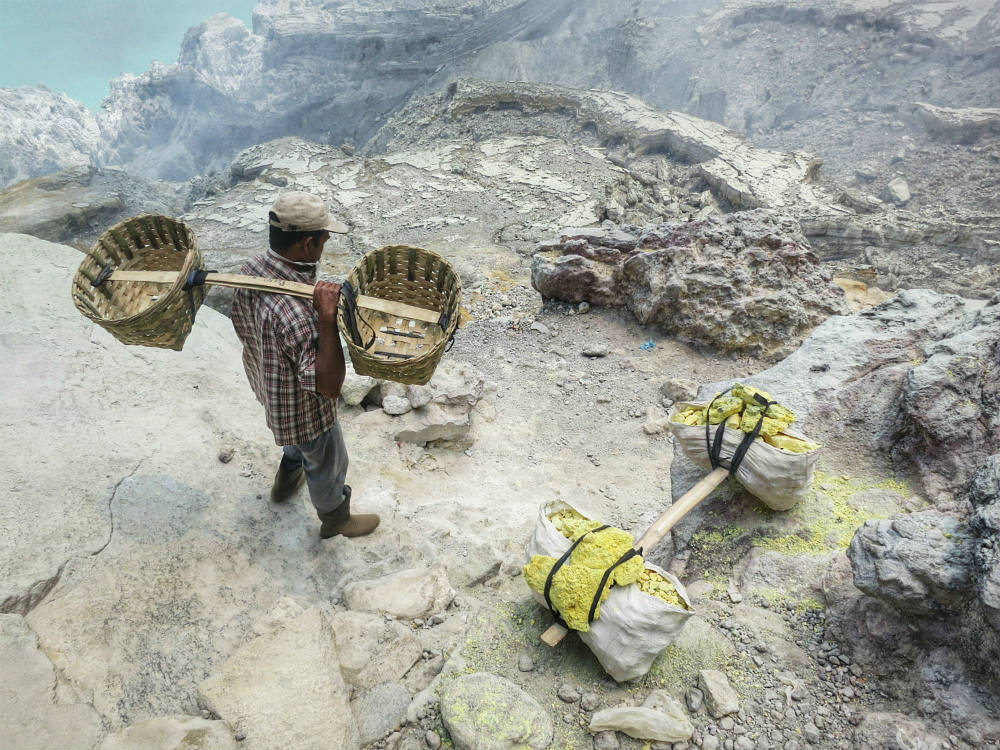 There were a lot of miners that decided to stop for a break between their journey. 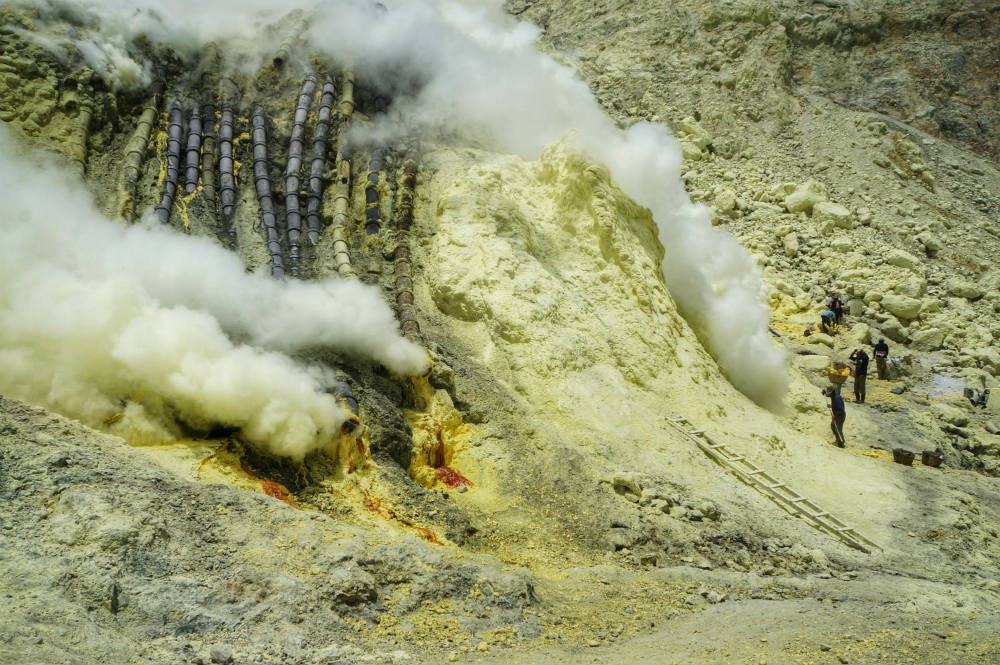 The pipes and some sulfur miners. 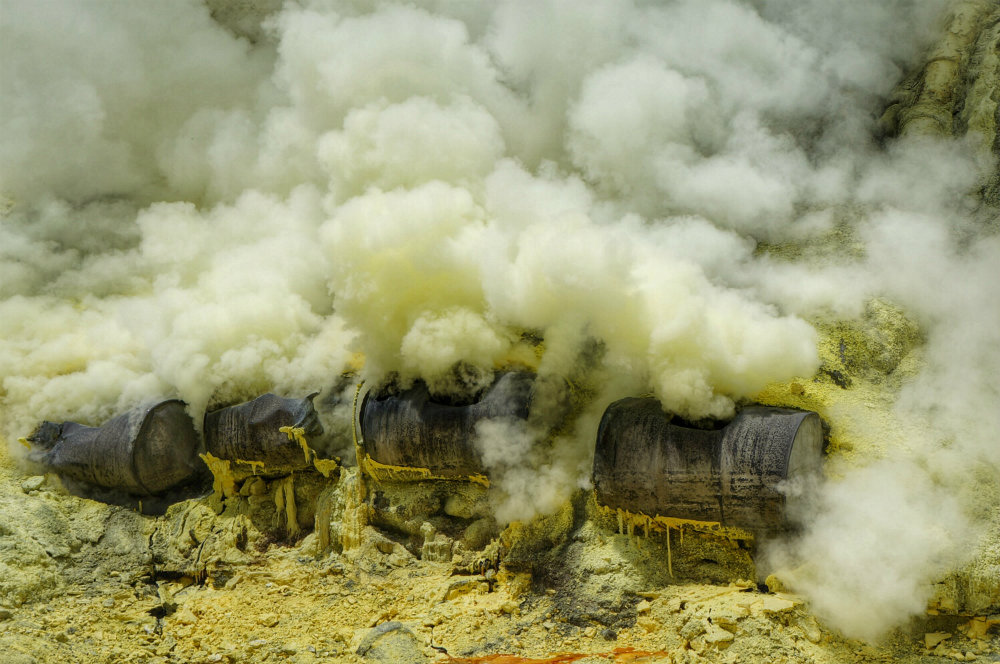 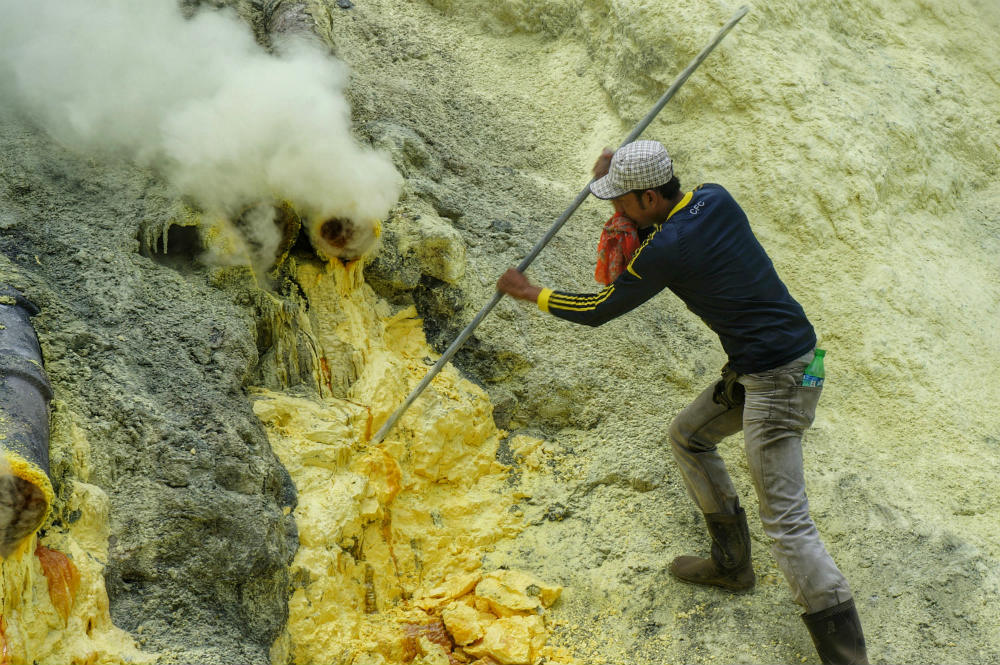 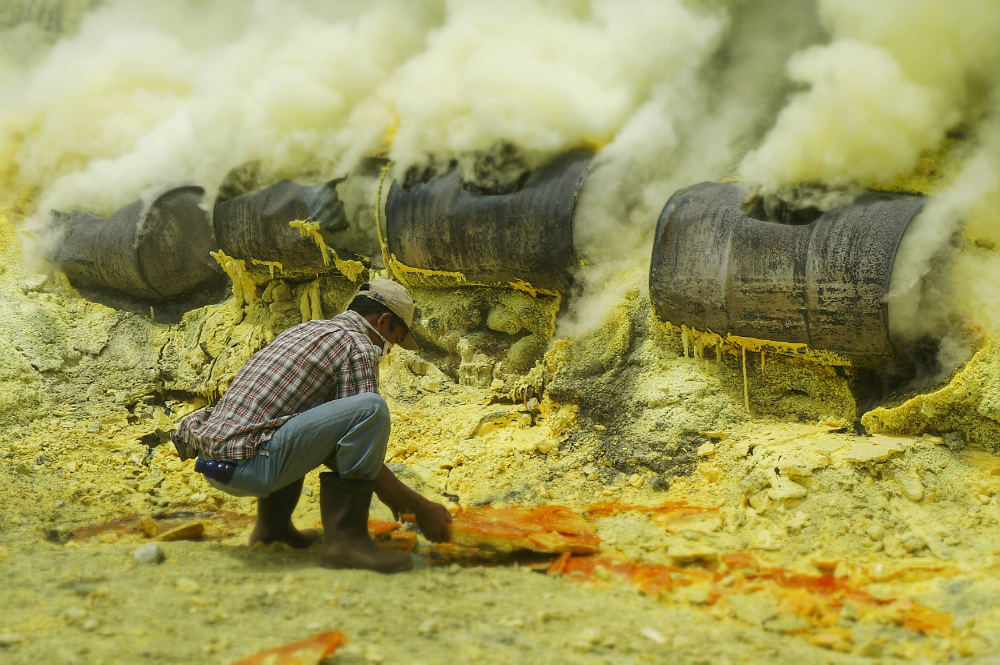 The yellow that can make them continue their life. 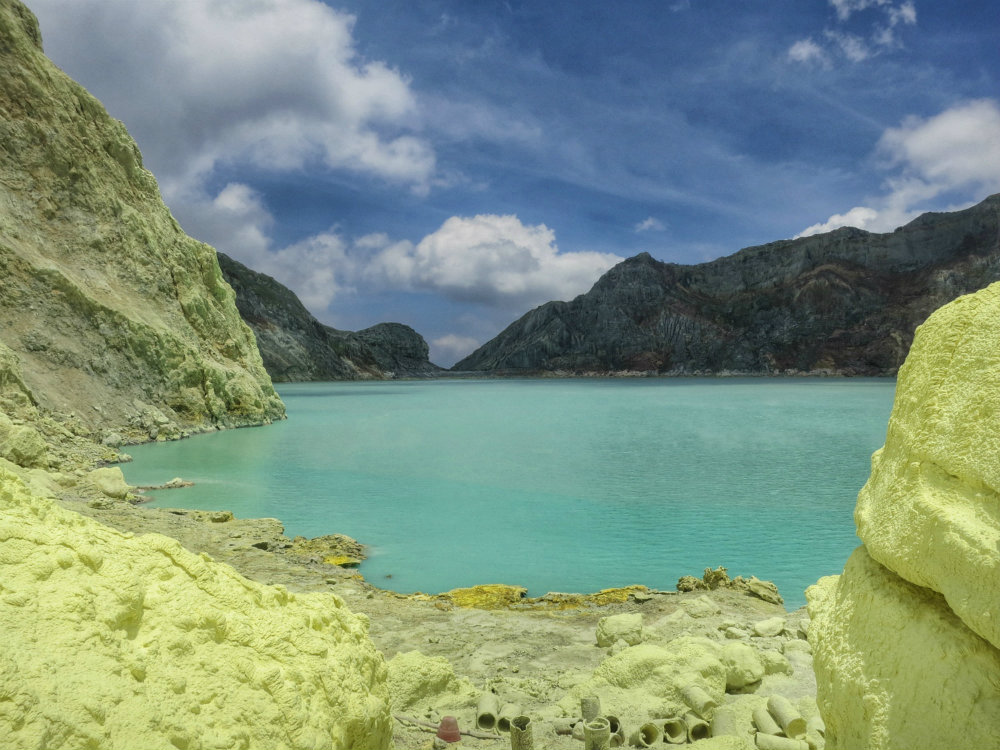 Isn’t this beyond beautiful? 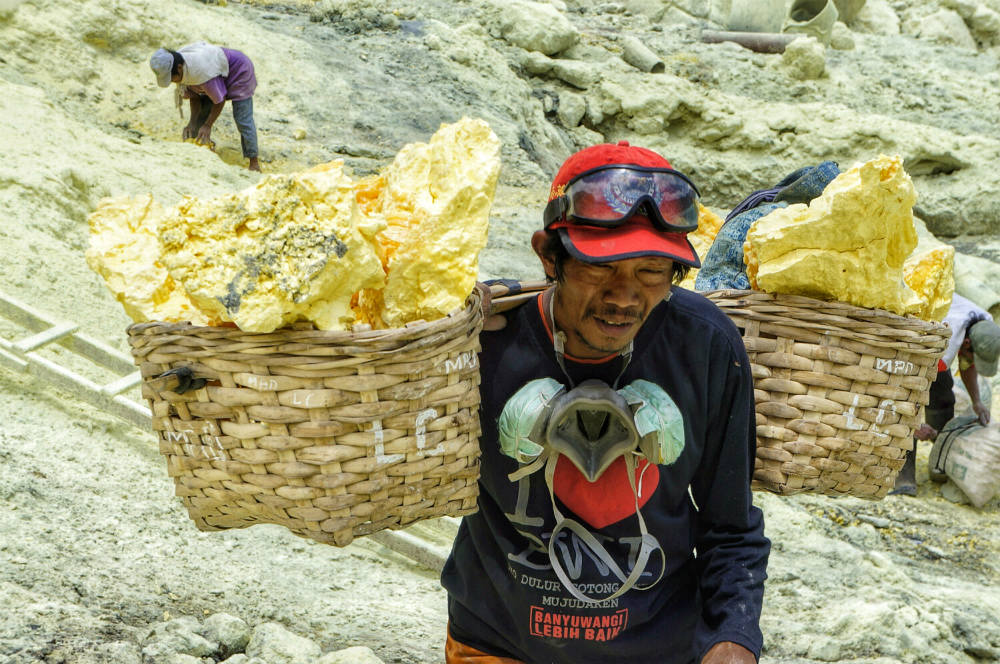 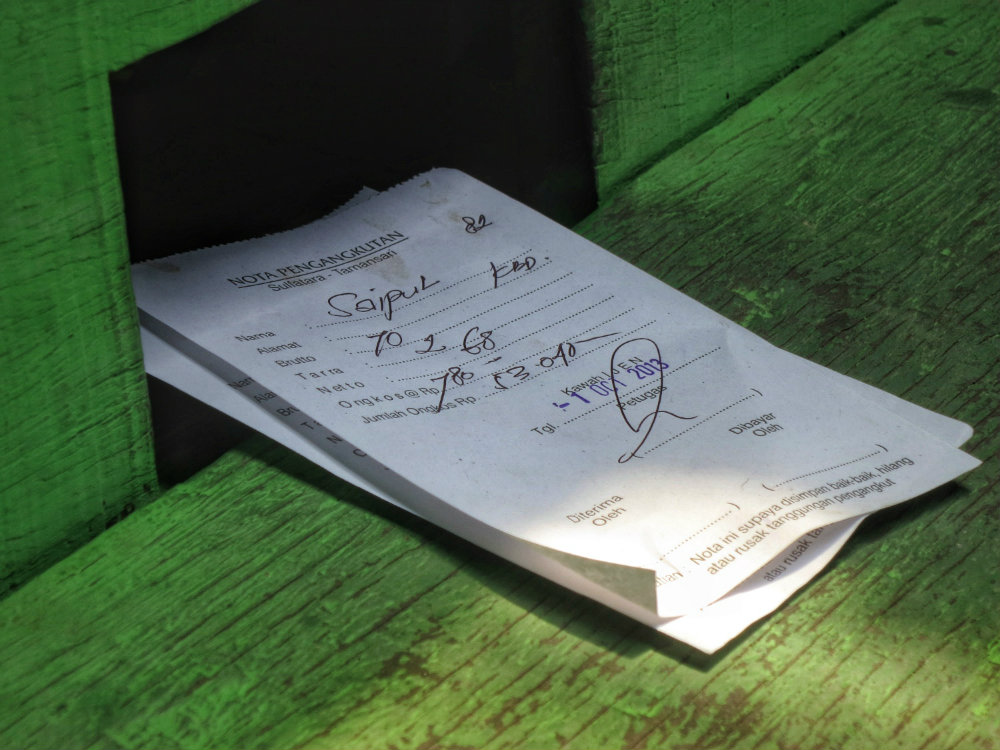 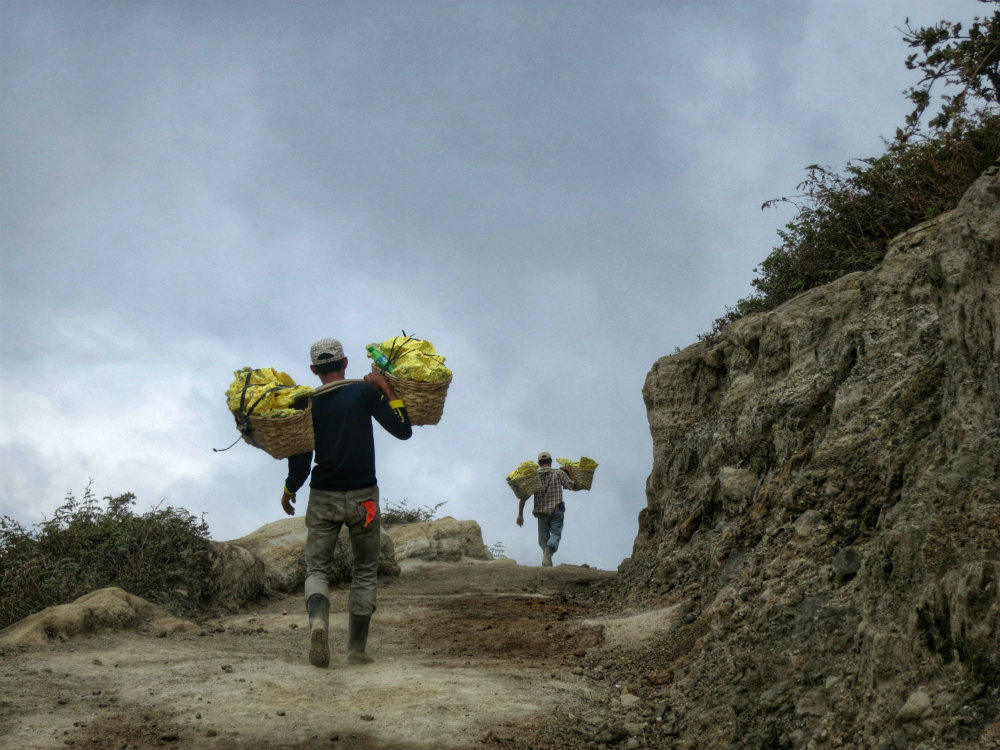 That is probably around 50-55 kg weight.

When I highlighted the fact that the sulfurs smokes is extremely dangerous, the miners said that they already knew this. Some of them proudly said: “That is why, we bring this!” They show me their scarfs that they believe allows them to handle the smokes. “I am more afraid more about landslides when we are at the bottom of the crater. Those are deadly!” I was stunned. 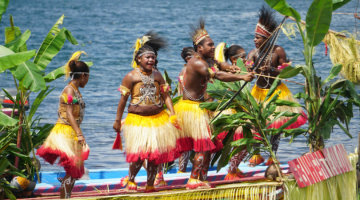 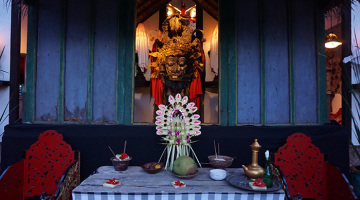 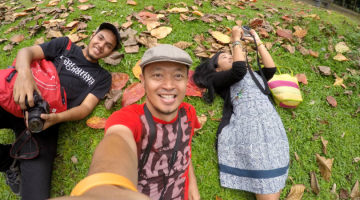