Papua, formerly known as Irian Jaya, is the second largest island in the world. The territory is split in half between Indonesia and Papua New Guinea. The Western side of the island is then split again between the two Indonesian provinces of Papua and West Papua. Of the two West Papua is the more popular tourist destination.

Just off the coast from Sorong, Raja Ampat is slowly emerging as a tourism hotspot. The region has long been famous with divers, because of the picturesque landscapes and biologically diverse coral reefs. However, the difficulty in getting to the area ensures that for the moment at least the number of tourists is just a trickle and not a flood. Should Sorong Airport ever open up to international flights you can be sure this would change.

To the east is the province of Papua centred on the provincial capital of Jayapura. Very few tourists visit this region and those that do head for the highlands. The terrain between coastal Jayapura and Wamena is so difficult to traverse that native Papuans identify themselves as coming from the coastal regions, where travel is relatively easy, or the highlands. It is only since the WW2 that travel between these two areas has been possible.

Exploring the highlands of Papua you quickly realise just how isolated this region is and for how long. Elder locals villagers walk naked along the road, their private parts covered in traditional Kotekas while women carry their goods in bags they wear on their heads. For travellers looking for a real ‘off the beaten track’ adventure Papua really is the final frontier.

Travelling around Papua is extremely difficult. The island is huge with unforgiving terrain. The easiest, and in many cases the only, way to travel between places is by boat or plane. Unfortunately air safety in Papua is poor and crashes are all too common. The combination of poor infrastructure and huge distances makes Papua an extremely expensive tourist destination.

Flying is the most convenient and fastest way to get to Papua. Garuda Indonesia and Lion Air both run routes to Jayapura and Sorong with transit in Makassar. Keep in mind that due to political unrest Papua is one of two special regions in Indonesia. If you are a foreigner you need to register with the police within 24 hours of arriving in a city. This is true for both the provinces of Papua and West Papua. 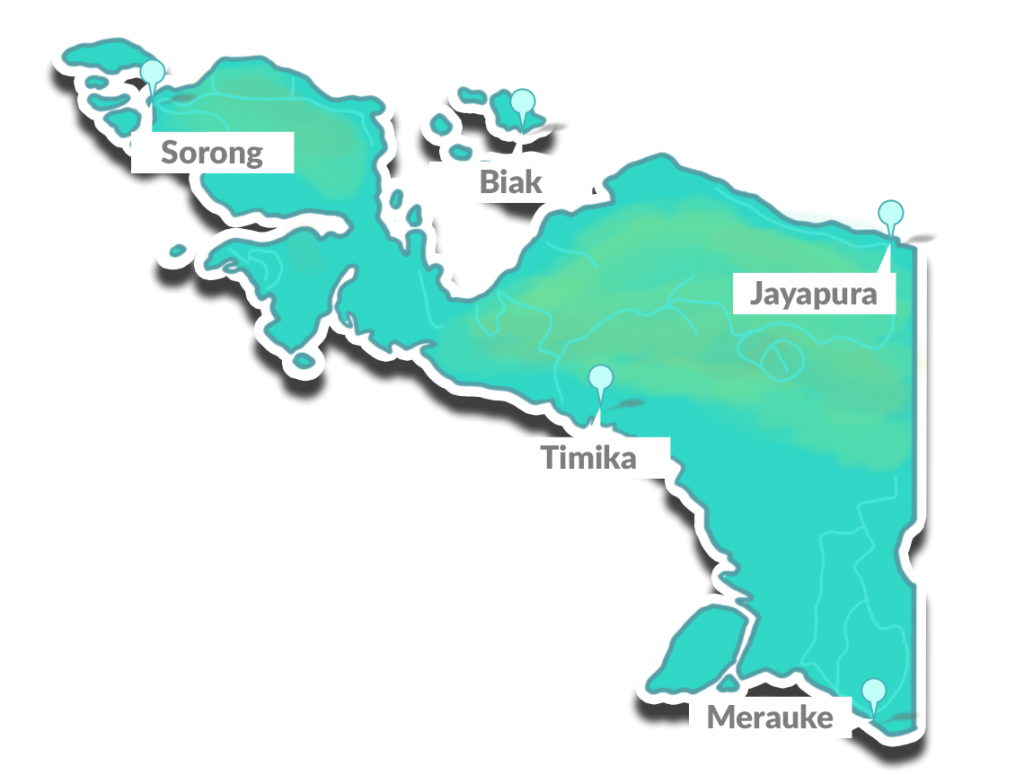 To help you arrange your trip around Papua we collected a selection of our most useful resources for exploring the island. You can find a variety of city guides, hotel recommendations and itineraries in the links below. We hope you find them useful for arranging your holiday.

Sentani
Things to do Around Sentani