Split between Malaysia, Brunei and Indonesia is the large island of Kalimantan. The Indonesian portion of the island covers the lower two-thirds of Sumatra. The region is undergoing major changes. You can still find traditional Dayak villages in the interior, but coal and mineral mining combined with palm oil plantations has resulted in the destruction of much of the original forests.

Most of the large urban settlements on Sumatra are located on the coast. Cities like Samarinda and Banjarmasin are the business hubs. They are the main ports where minerals, oil and palm oil are exported to other parts of Indonesia. While the hotels are nice, there is not much to do in the cities. Though they are a necessary stop on a trip inland.

The great rivers of Sumatra are the main highways into the interior. The most popular place to arrange a tour is the town of Tanjung Putting. Travel agencies offer overnight trips on a traditional Klotok boat through the national park. These boating holidays are a chance to come face to face with some of the exotic and varied wildlife of the region, including the famed Orang Utans.

Kalimantan is a difficult island to explore, especially if you an’t speak Indonesian. For all its charms it is the exotic islands that surround Kalimantan that attract most of the tourists. Top of the list are the beautiful Derawan Islands where you can swim with stingless jellyfish and depending on the season even whale sharks.

Travelling around Kalimantan is difficult. The island is huge and there are few roads inland. In the countryside many of the roads are little more than dirt tracks. Private transport is relatively expensive and outside of the major urban centres the hotels are basic. While exploring Kalimantan is a great adventure, you’ll need a lot of time and patience to get anywhere.

Flying is the most convenient and fastest way to travel around Kalimantan. All of the major cities on the island have large airports. Garuda Indonesia, the national carrier, operates routes between most of the cities. Local companies run many smaller routes into the interior for mining staff.  For low cost carriers we recommend Air Asia or Lion Air. 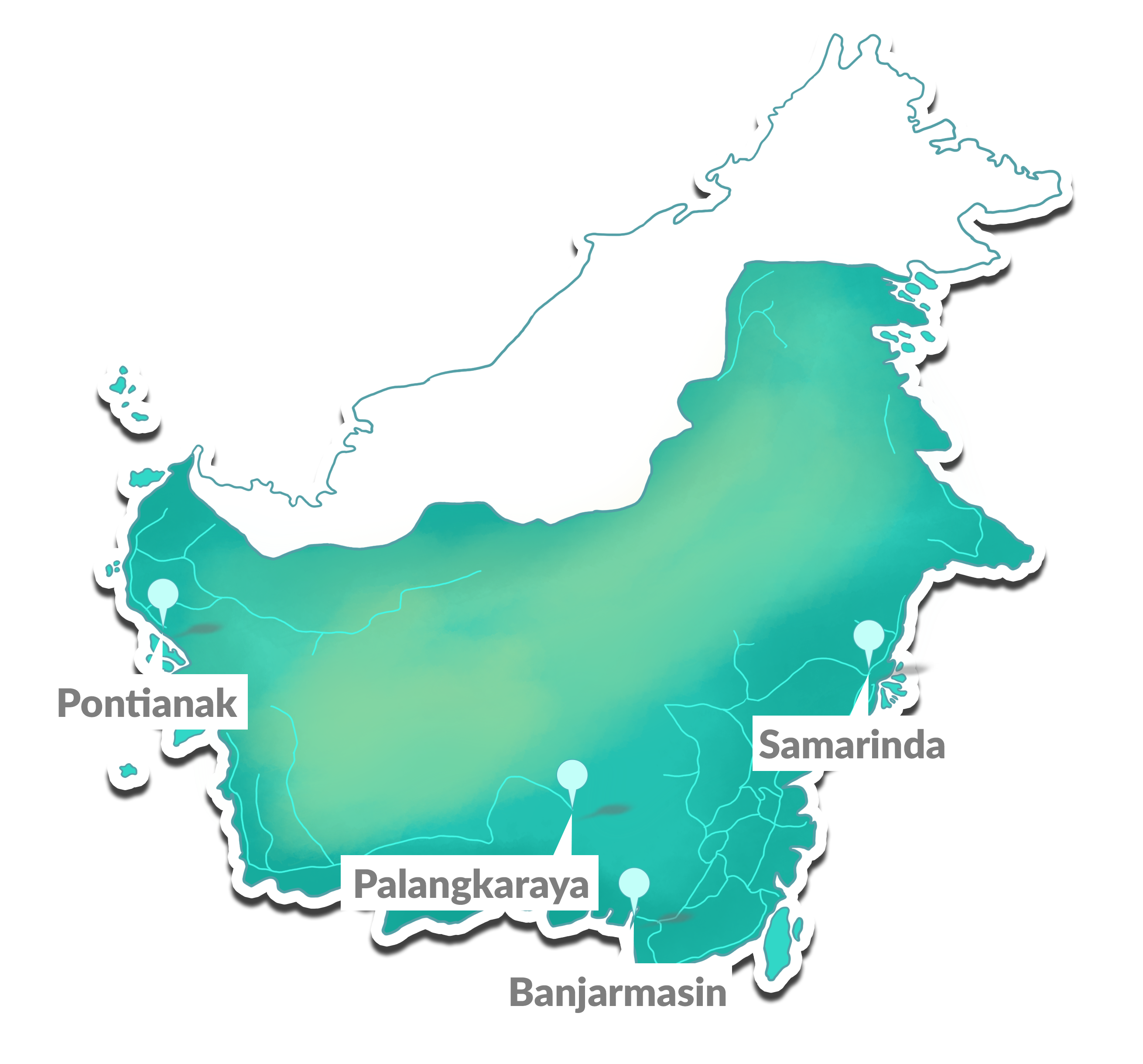 To help you arrange your trip around Kalimantan we collected a selection of our most useful resources for exploring the island. You can find a variety of city guides, hotel recommendations and itineraries in the links below. We hope you find them useful for arranging your holiday.

Tanjung Puting
How to Arrange your Klotok Tour