“There is an underground house on Lembongan.”

“An underground what? House?” I was instantly curious about it! This is something different!

Let me roll back a bit here. There are several facts about this underground house that are pretty amazing!

Gala-gala was built by Made Byasa. He is a farmer, dancer and Mangku Dalang (puppet shadow performer). Due to his profession as a Dalang, he got inspired by one of Mahabharata episode, “Wana Parwa”; the twelve years in exile in the forest. In the story Pandawas decided to build a cave, Gala-gala, to protect his family from Korawas who wanted to find and kill all of Pandawas’s family.

Mada Byasa got inspired and decided to build his own Gala-gala. The underground house is dug into the rock and covers and area of five hundred square meters. Made Byasa built this underground house by himself using nothing more than a crowbar. He started the project in 1961 and finished in 1976. Yeah, that is what we called dedication and determination!

I had so much fun trying to explore the underground house. The rooms are just is 1-2 metres high, so it was tough for me and especially for taller people to explore because they need to bend most of the time. The house has seven exits, three of which are for ventilation (no wonder! The cave was pretty cool inside). There’s a well, two kitchens, a sitting room, two bedrooms, and so on. Unfortunately we couldn’t decide which room was which.

The house feels like labyrinth. While we were down their we had this random conversation with several foreigners. We were inside the house and they were outside.

“Hellooo…”
“Helloooo…”
“Guys, how much did you pay to enter this underground house?”
“Twenty five thousand rupiah!”
“All right! Thanks.. Btw, can we follow you guys?”
“Yeah, sure! Come in… We are… lost…”

The house was great fun to explore, but I never found out if Made Byasa actually used the underground house or just built it for the sake of it. Some online sources say that it was lived in, but I never had the chance to confirm this with the lady who was at Gala-gala entrance gate, because I was really curious and went straight into the house.

You should update me about it if you have a chance to visit Gala-Gala. For now, here are some pictures from Gala-gala, the underground house in Nusa Lembongan. A unique place to explore if you visit Lembongan Island in the future! I hope you enjoy it. 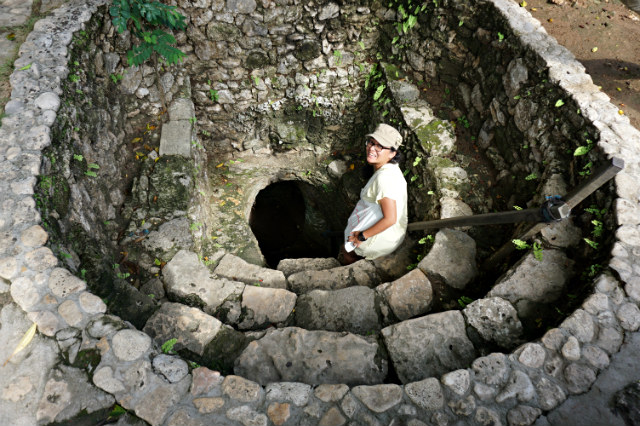 Ready for an underground adventure.. 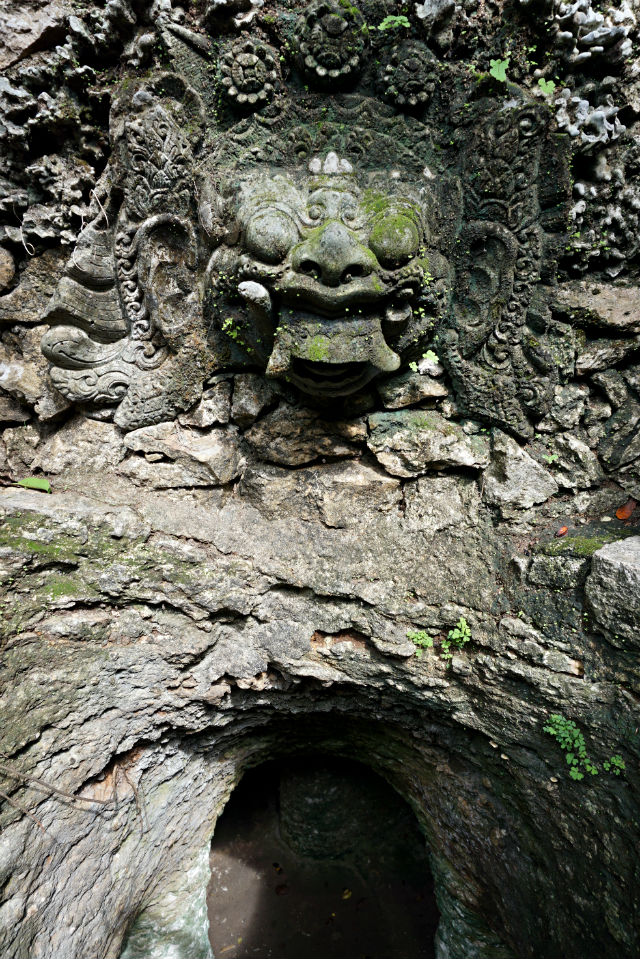 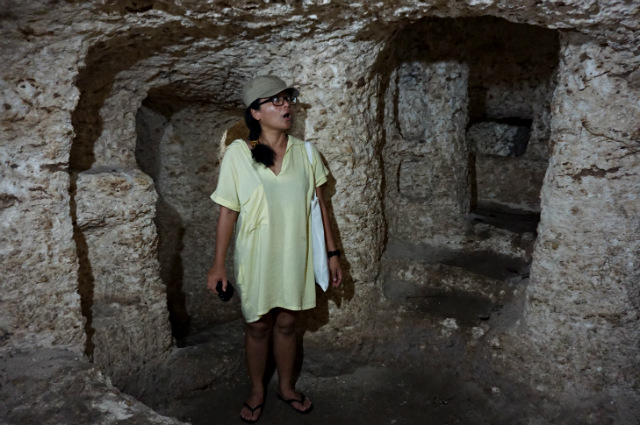 Mumun was totally amazed by Gala-Gala, an underground house 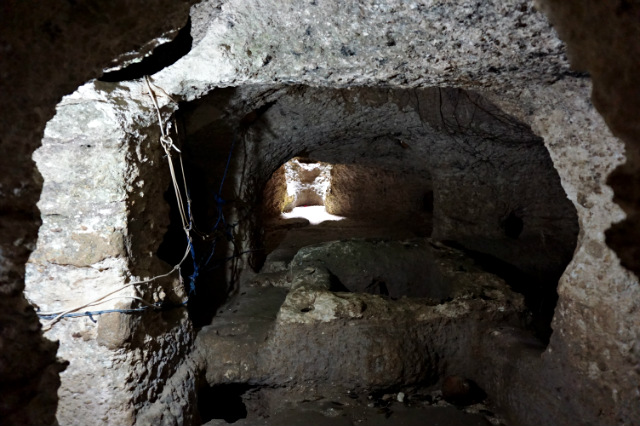 I bet this is the well 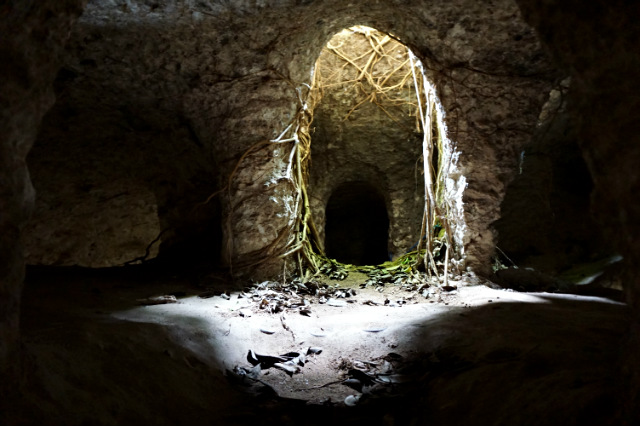 The tree roots make this place look a bit like one of scenes from Angkor Wat.. 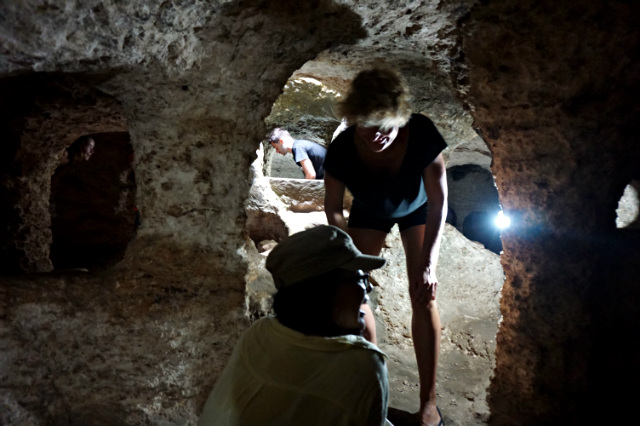 Hey guys! Did you find where the kitchen is? 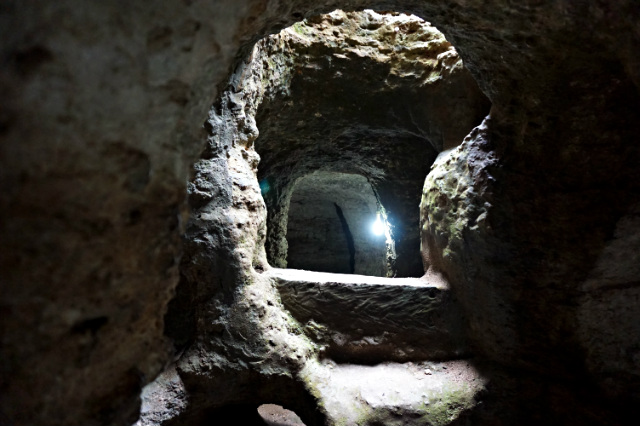 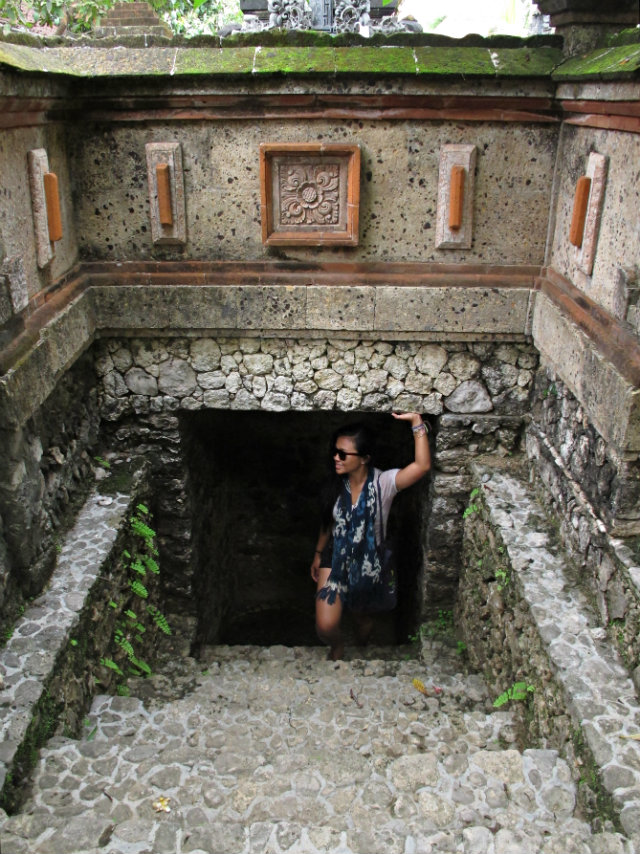 Finally made it to one of the exit. Yayyy! – Picture by Mumun of Indohoy.com 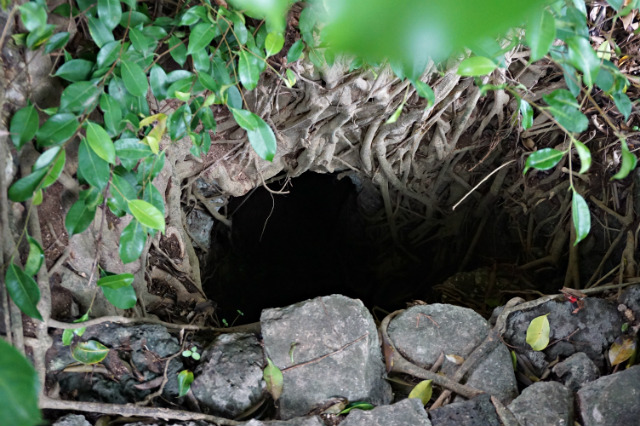 One of the ventilations 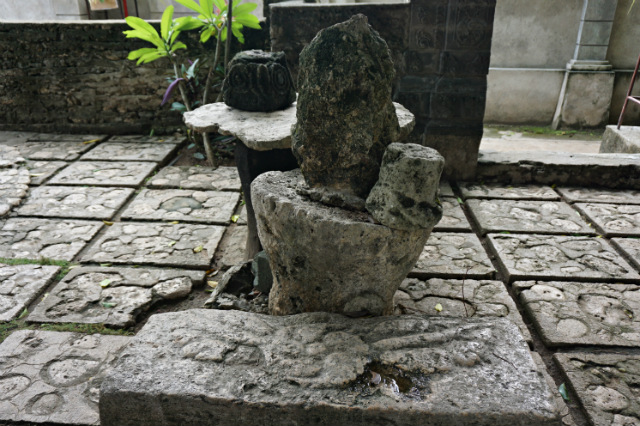 Stones just before the entrance

Have you ever been to Nusa Lembongan? Did you give Gala-Gala a visit or did you skip it? Tell me your stories!

If you are interested in booking accommodation for your holiday in Nusa Lembongan I recommend Agoda for its low price and discounts.