12 best Bars in Jakarta for an Unforgettable Night Out

You’re going to love Jakarta (weren’t expecting that were you?). The city has some of the best nightlife in South East Asia with amazing clubs and great bars. I’ve covered Jakarta nightlife in another post… This time I want to talk about the best bars in Jakarta.

After many evenings out on the town we’ve created our shortlist (it was a tough assignment, but you’re going to enjoy the result). We’re talking rooftop bars with gorgeous views, cocktails served by crafty mixologists and relaxing places for a business lunch (off hours of course). So to help you plan that night out, here’s our list of the 12 best bars in Jakarta. Let’s get started! 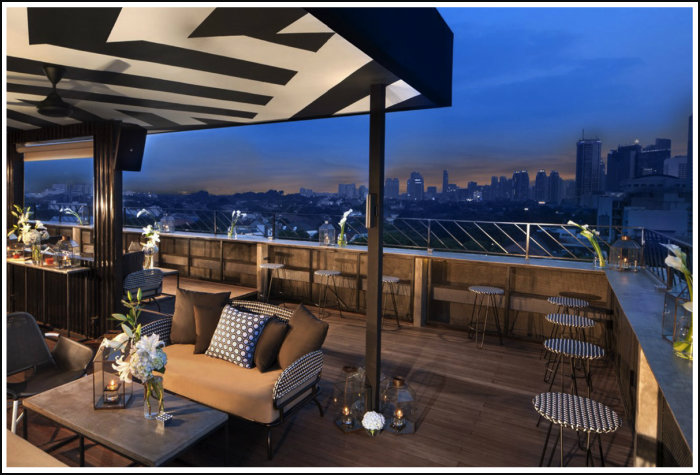 Bart is on the roof of the Artotel in Thamrin with good views overlooking the city (though it’s not very high so you won’t see everything). The decoration is tasteful zebra, with black and white furnishings. It’s a nice place to come with friends in the evening. The food is pretty good and they have a really big selection of drinks at the bar. The portions are a bit small though. Expect to pay Rp 300,000 for two people. Here’s the location on Google maps. 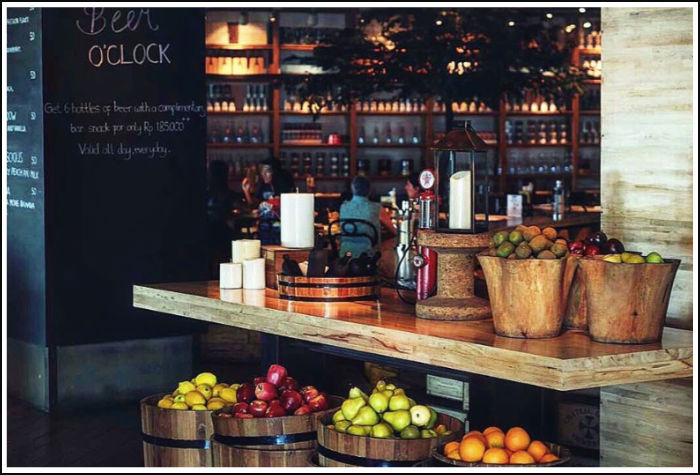 If you want to be surrounded by models and celebrities, having a night out in Social House might be for you. They have a huge selection of drinks, with cocktails starting at Rp 95,000, beers at Rp 50,000. You will need at least Rp 250,000 for a drink and some appetizers on a night out. Famously known as SoHo, they have a nice view of Plaza Indonesia’s roundabout. Here’s the location on Google maps. 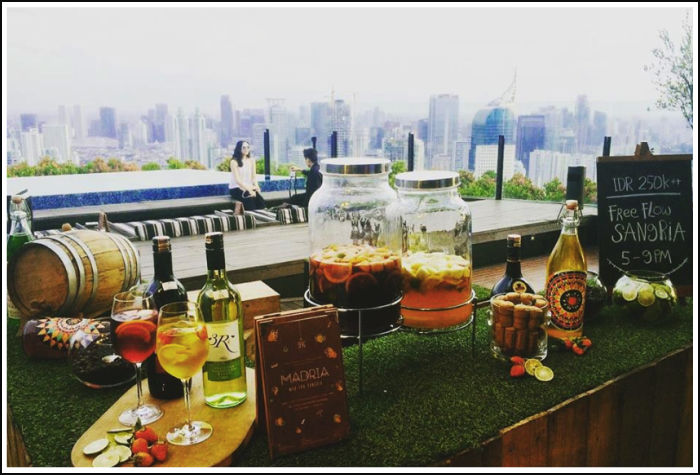 There’s something really special about being on the 56th floor at night. The views make Skye Bar one of those places that you just should visit. The food and drinks are over priced, but I think it’s worth is for the views over Jakarta. Expect to spend Rp 400,000 at least for a night out, more if there is an event going on. There is a dress code for Skye Bar so make sure to bring your fancy shoes. Here’s the location on Google maps. 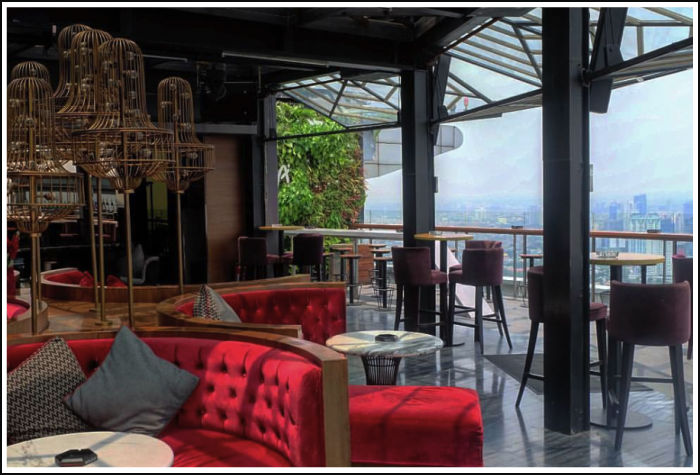 Another rooftop bar, Cloud Lounge and Dining is located on the 49th floor of the Plaza Tower. Cloud Lounge matches Skye’s fancy and vibrant crowd. They even have a Vodka Room, where you can enjoy a shot of vodka at zero degrees. With that said, you should bring with you at least Rp 400,000 for a night out. Here’s the location on Google maps. 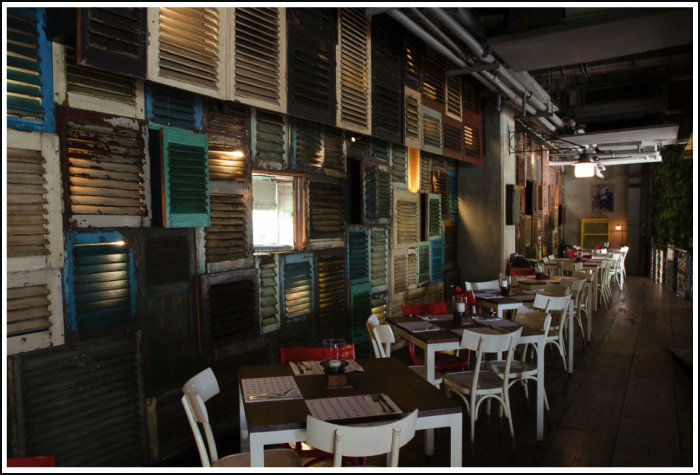 Potato Head is a restaurant during the day and a place to have drinks at night. The decor is industrial and they have a garden area outside. It’s normally busy with professionals blowing off steam after office hours. Be ready to dish out a minimum of Rp 300,000 for a night out in Potato Head, and that can include some appetizers and a crazy creative cocktail by Dre Masso, a mixologist hailing from London. Here’s the location on Google maps. 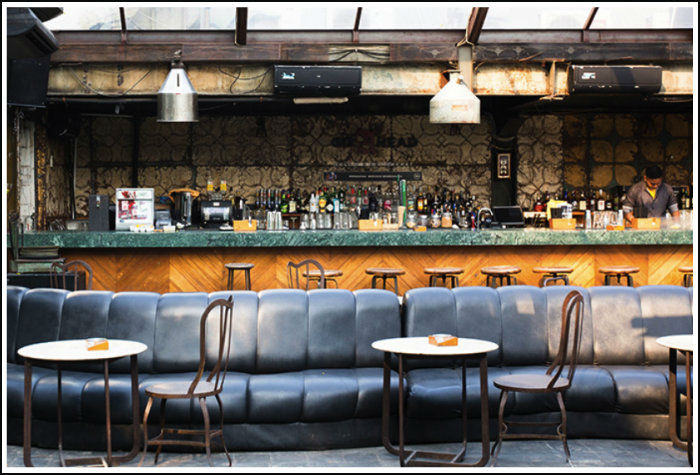 Lucy in the Sky is a rooftop open air bar. There are plants everywhere that gives the place a very chilled out and laid back atmosphere. It might be a bit too laid back, because the service can be quite slow and the food is only so so. Still the drinks aren;t too expensive and you get great views of the city skyline. You’ll need a minimum of Rp 250,000 for two drinks and a small appetiser. Here’s the location on Google maps and a link to their Facebook Page. 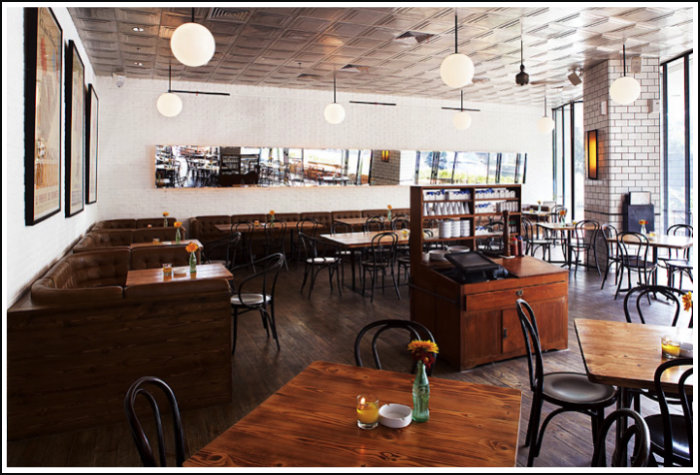 Loewy is pronounced like “Louis” only without the S at the end. Frequented by foreigners, this bar and bistro can be quite crowded at 10pm when the music starts to blare. Interior is retro but chic and the crowd are dressed nicely, so don’t come in flip flops. The bar has an open air area if you want to cool down as it gets hot inside at times. Cocktails start at Rp 95,000 and you’ll need at least Rp 350,000 to enjoy the night. Here’s the location on Google maps. 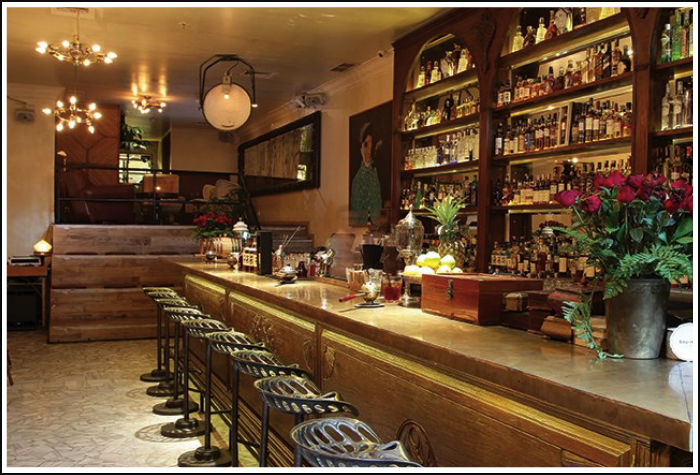 Entering Bau Haus, a basement bar that’s laden with wooden, artiste-inspired interior makes you feel a bit like you’re entering a speakeasy. The bar has a vintage feel to it and is very laid back compared to Loewy and Potato Head. Expect to see some upper-class hipsters in this place. Prepare to spend at least Rp 300,000 if you want to enjoy two cocktails in an evening. Here’s the location on Google maps. 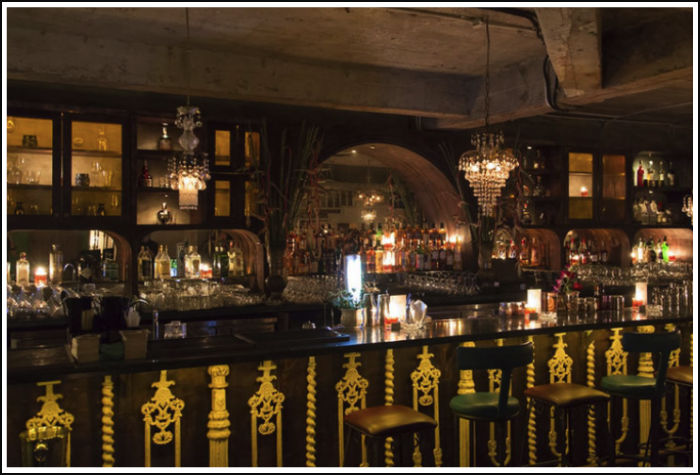 Lola trendy and hip, so expect to see a vibrant crowd looking for an alternative to the usual bars and bistros in the city. The bar has a Carribean-Mexican vibe and chic decor. The cocktails are also amazing.  Prepare at least Rp 300,000 for a night out, with cocktails starting from 110. There’s no sign leading to the bar and you might have to ask for directions. Here’s the location on Google maps and their Instagram feed showing what’s on. 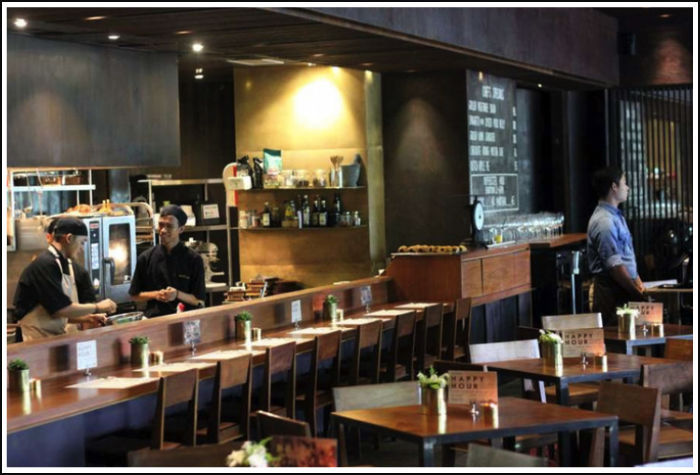 The Dutch is the brainchild of a Dutch chef, Chris Moes. It is all things European – from the wooden and modern interior to the cold cuts and sausages on the menu, the beer served on tap and cocktails named like Moscow Mule. A visit is a little heavy on the pocket, so prepare at least Rp 350,000 for the night. While there’s no dress code you’ll feel out of place if you’re not at least wearing smart casual. Here’s the location on Google maps. 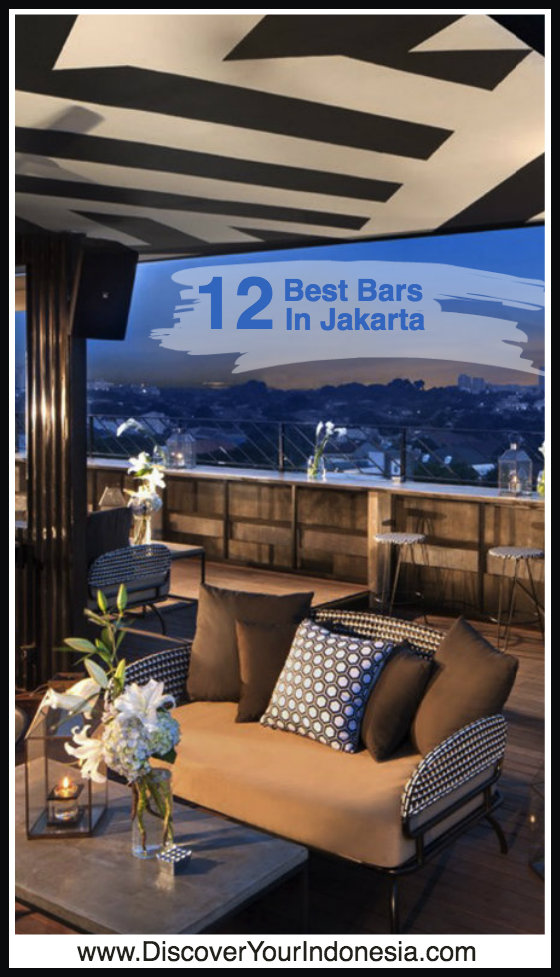 The name of the bar comes from the fact it is on the rooftop of Shy Rooftop. It’s normally a busy place. They have live bands performing almost every night. The drinks are expensive drinks to complement this. Prepare to dish out Rp 300,000 for a night out, though every Wednesday they have a buy one get one promo on selected drinks. Here’s the location on Google maps and their Facebook page.

Beer Garden is one of the busiest bars in Kemang. The crowd is normally under 25. It’s in a nice garden just off one of the main streets that goes through Kemang. The beer is relatively cheap for the area. Nice place to visit if you are meeting up with some friends and just want a few beers. The big drawback of Beer Garden is it’s very hard to park nearby. Here’s the location on Google maps.

Have you been to any of these bars? Where is your favourite place to go out at night in Jakarta. Share your thoughts in the comments below.

Credit: Photos were taken from Facebook page of the relevant bars.

Previous post 12 Best Hotels Near Borobudur Temple for Every Budget 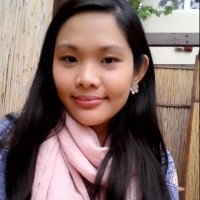 About the Author Geninna Ariton

Daydreaming of pristine white sand beaches and attempting to beat her 40 books read in a year record, she is a preschool teacher by day and a writer by night. Nothing gets her happier than resting her feet up with cabernet sauvignon on her lips and her pet bichon, Coco, beside her. Her mailing address changes every year (for the past 5 years), and right now her postal code is in Bucharest, Romania where her husband is from.