When I visited Wakatobi last year and found out that there was no fast boat leaving from Bau Bau, Buton island to Wangi Wangi at that time, I knew I needed to catch the slow boat which would depart from Bau Bau at 9 pm. Looking at the time, it was still around 11 am. This would give me time to wander around Bau Bau a tiny bit. 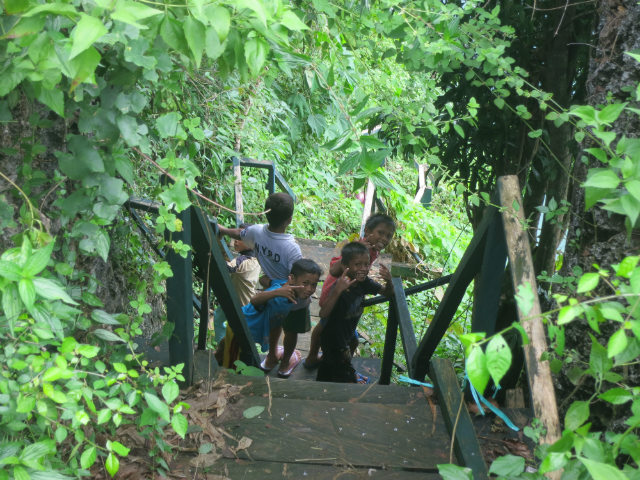 I needed to get a new sim card for my phone, because the one that I usually used had no signal at all on the island, and locals said that it would get worst when I reached Wakatobi. Oh by the way, the service that works best in Bau Bau and Wakatobi is Telkomsel. Walking around the Murhum port, I couldn’t find any stall selling sim cards so I decided to explore further. I went to a traditional market not so far away from the port, but I took a ricksaw at that time. The heat and the blind directions force me to do it. The traditional market was quite busy and I found the sim card that I was looking for.

After some time watching locals around the market, I said to myself that I needed to find a place with an AC and probably wifi. I discovered there is a KFC in Bau Bau. It is located near Kamali Beach which is normally busy with locals doing social things in the evenings. I was happy and the wifi was pretty reliable. I promised to explore Bau Bau more after coming back from Wakatobi. 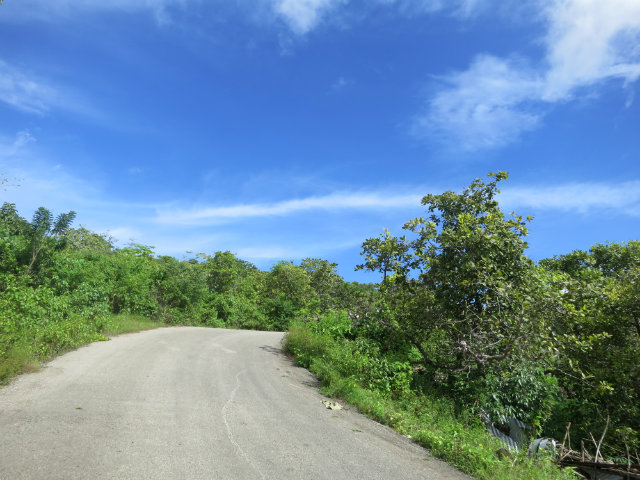 After returning again to Bau Bau after 5 days in Wakatobi, I decided to stay in this main city of Buton island for two days. I went to several beautiful places.
– Tirta Rimba Waterfall
I really liked the Tirta Rimba waterfall, though it felt more like a childrens playground. Tirta Rimba waterfall is not such a high waterfall. It is short and fat rather than tall and elegant. The waterfall is located in the middle of a protected forest (which make it looks nicer) and is not so far away from the city centre. 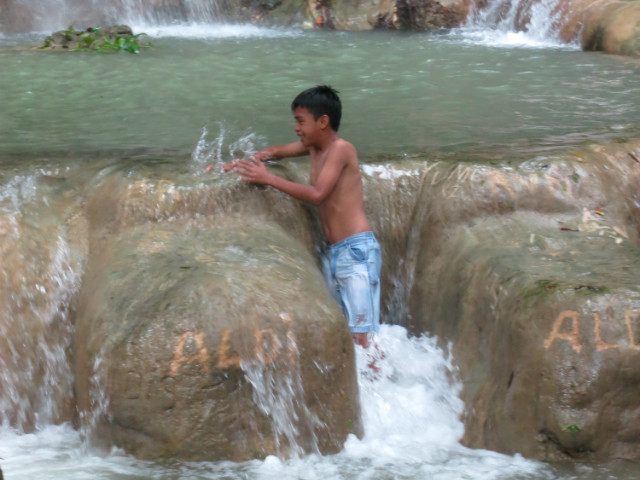 – Nirwana Beach
The first beach that I saw in Bau Bau was Kamali beach. It’s not a bad beach, but it is not really the kind beach that amazes you. When I arrived at Nirwana beach however, which was quite far from the city center, I was instantly amazed at its beauty. I also regretted the fact that I only discovered the beach on my last day in Bau Bau.

– Kolema Hill
This hill was also great, you get such an amazing view from there. Though it is definitely a great spot for sightseeing, I was lucky enough to have the hill entirely to myself. Seeing the sights around, I instantly started fantasizing about how this area must have looked back in the old days, maybe 150-200 years ago. 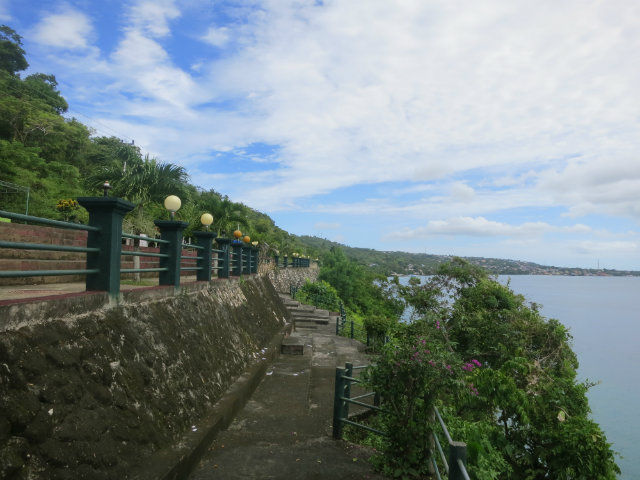 – Buton Fort Palace / Keraton Wolio Fort
The complex is huge! When I was sitting behind my ojek driver, I noticed that we passed by some kind of fort. I didn’t really notice that it was an almost never ending fortress. The design and the layout of the fort was somehow different from most of the forts that I have seen in Indonesia. There is the super old flagpole and the Agung Keraton Buton mosque. Ah and one old odd guy that was insisting he had to have his photo taken with me. 😐 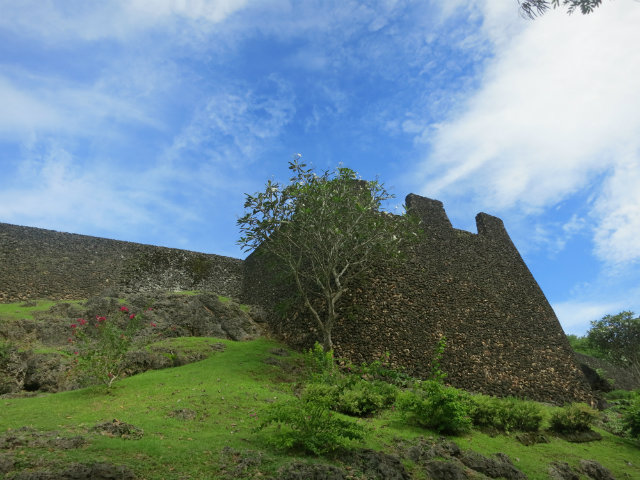 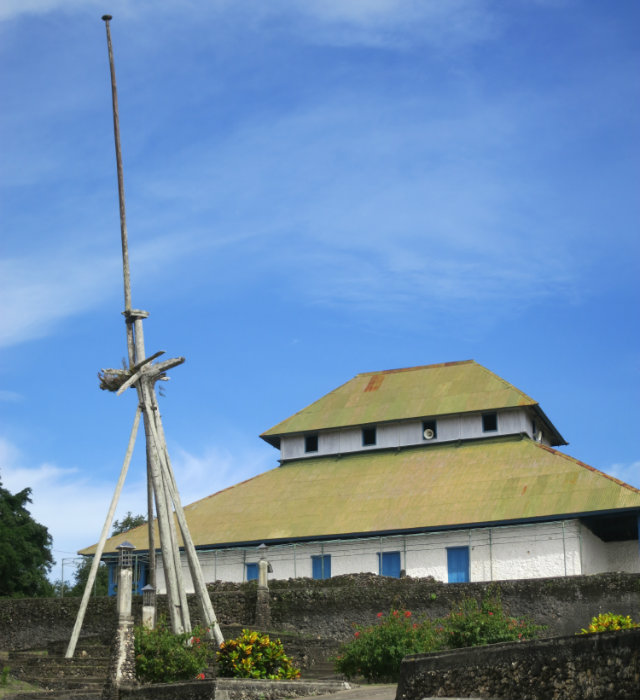 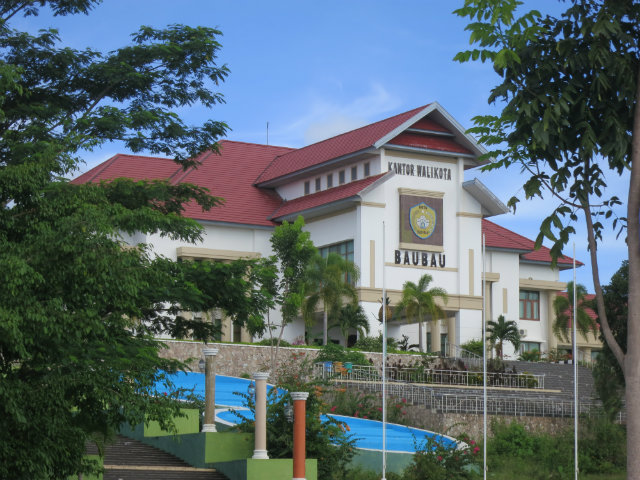 Aside from these spots I visited, there are a lot more tourism spots around Bau Bau that I didn’t really have a chance to go to. I want to come back again someday and explore Bau Bau and probably the entire Buton island. One thing that you should remember, Bau Bau is not only a transit point when you are aiming for Wakatobi. Bau Bau is a destination that is also worth exploring!

Have you ever been to Bau Bau? Did you discover interesting things that I should know about? 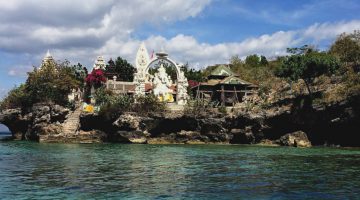 Exploring the Spice Islands: A Guide to Ambon 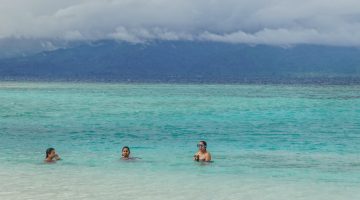 Unspoilt Diving and Tribal Culture in the Alor Islands 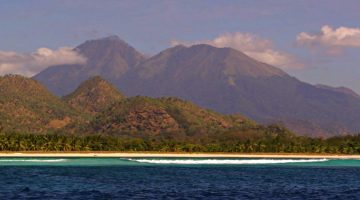