Hey, I am going to talk about Wakatobi. These exotic islands offer some of the best diving in Indonesia. Yet not a lot of people know about these pretty islands and most of those that do, do not know how to get there. It’s a problem (which is why I decided to write this guide). Let’s start at the beginning. 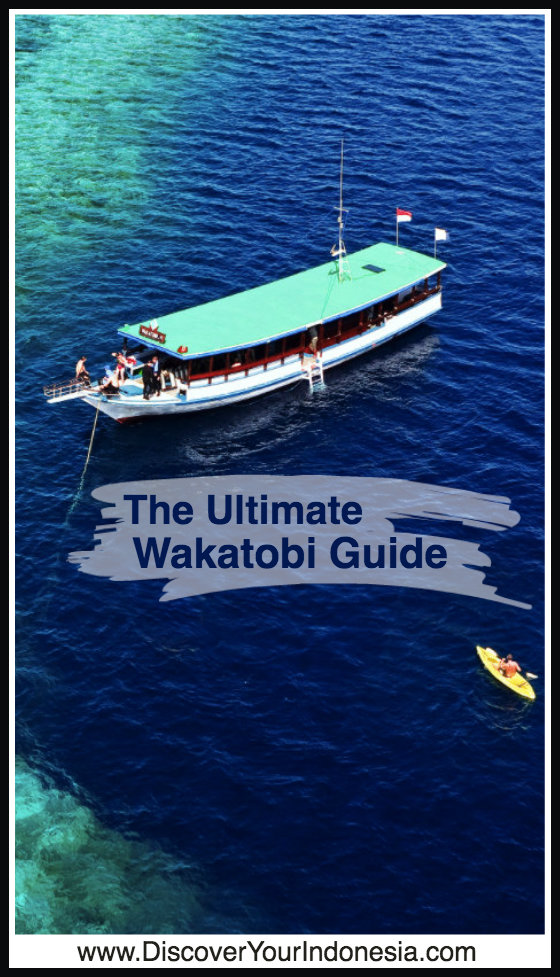 Wakatobi is officially a part of Sulawesi. The islands, more about that in a sec, are off the north-eastern coast of the mainland. They offer everything you’d expect from an island paradise. Jaques Cousteau allegedly said Wakatobi was one of the finest dive sites in the world and the local dive centres have been living off the quote ever since.

Where to Go in Wakatobi

While there are public boats that operate between the islands, the service is not frequent. It’s also difficult to find information about where to stay (though there are local home stays on most islands). So one of the first thing you will need to do before going to Wakatobi is decide which island(s) you want to go to. To help you make your choice we’ve given you a quick overview of the islands.

Wangi Wangi is  one of the busiest islands. It hosts the administrative capital, Wanci. There’s an airport with flights to Makassar and other parts of Indonesia. Wanci also has plenty of restaurants, ATMs and hotels, which you can’t find on the other islands. All of this makes Wangi Wangi a good starting point for your holiday.

There are plenty of small local hotels and homestays around Wanci where you can stay, but most of them only offer basic accommodation. The nicest resort on Wangi Wangi is the Patuno Dive Resort. It’s a bit outside of town, which means you’ll be stuck on the resort unless you have arranged transport. However, the rooms at the resort are nice and the food is good, if slightly overpriced. 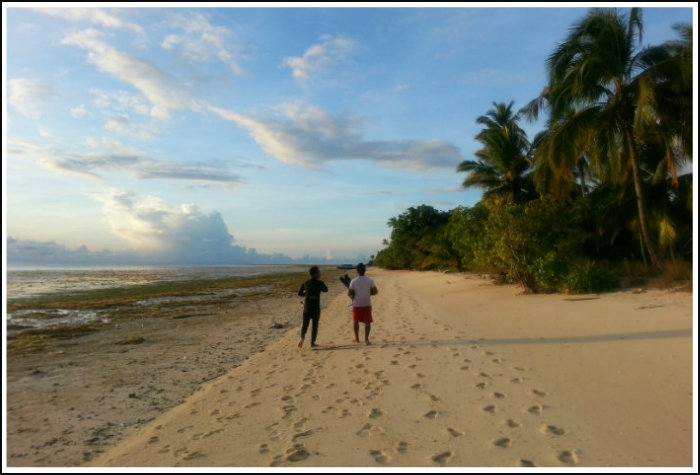 Kaledupa is the most fertile of the main islands. The islands name is a bastardisation of “Kauhedupa,” which means incense wood in the local language. Kaledupa is surrounded by mangrove forest and edged by palm trees. It’s been settled for some time. There’s an old fortress, some old mosques and lots of stilt house settlements, which look nice from a distance.

Just across the strait from Kaledupa is Hoga Island. It’s a relaxed under developed island with long empty beaches and offshore coral reefs. I decided to stay here the last time I visited Wakatobi (and it was very relaxing with delicious fresh seafood) and recommend it to other travellers.

You’ll find local homestays on Kaledupa, most of which offer diving. As I stated above, I’d recommend staying on Hoga, which is less developed and more beautiful. The main dive resort on the island is Hoga Dive Resort, which offer comfortable wooden cabins. 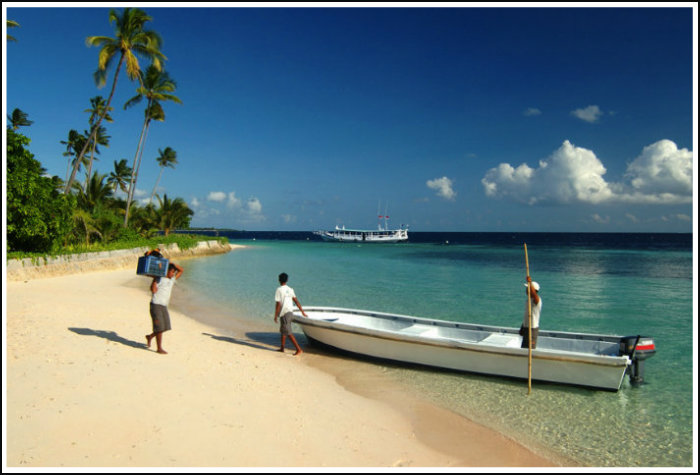 Tomia is the third island in the chain. It’s a 3-4 hour ride from Wangi Wangi by public boat. The island is inhabited by three different tribes, known locally as Kawati. The settlements on the island linked together by a single road that you can drive around.   It’s easy to explore the island and there’s enough to see to make it an interesting diversion for a day.

Tomia is the base of the famous Wakatobi dive resort. It’s Wakatobi’s one and only 5-star quality resort. They run direct flights from Bali to Wakatobi for guests. As a result of all of this Tomia is also the most developed island for diving. There are several dive resorts on the island catering to travellers on a lower budget. You’ll also find simple homestays like Labore Stay. 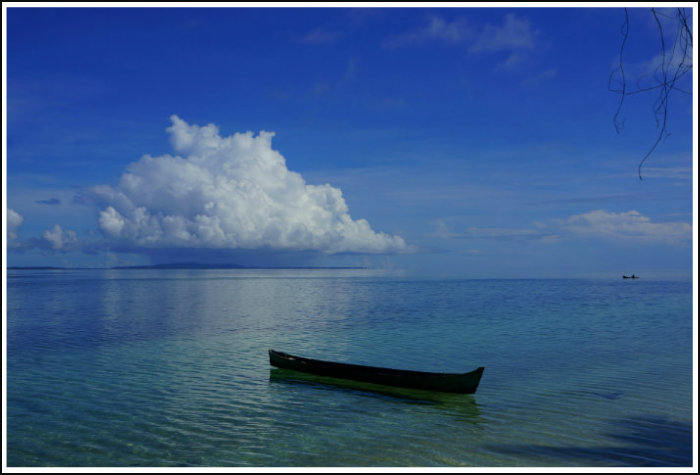 Years ago Binongko Island was famous for its blacksmiths. In fact the whole of the Wakatobi was known as the Tukang Besi Archipelago (which is a good example of positive rebranding).  The island well known locally for the quality of their machetes and other farming instruments. Yet that’s not the only attraction on Binongko.

Binongko is an island of steep cliffs, rocky hills, coconut coves and beautiful beaches. Small fishing villages dot the island and farmers struggle to make a living from the dry rocky soil (the climate of Binongko is a lot drier and more humid than the other islands of Wakatobi).

Unfortunately you won’t find much information about accommodation on Binongko online. There are dozens of basic homestays and hotels on the island, though you’ll need to ask around once you’re there for recommendations. 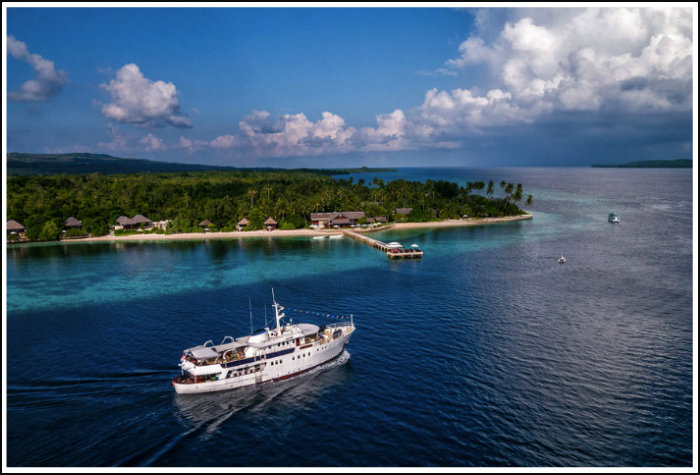 How to get to Wakatobi

To get to Wakatobi you can either fly to Makassar (Ujung Pandang) or Kendari and get a connecting flight to Wangi Wangi directly, or fly to Bau Bau (Buton Island) and find a boat to one of wakatobi’s big island. If you are in the mood for going to a very fancy resort, there is a direct flight from Bali (Denpasar) to Tomia, which is dedicated to visitors of Wakatobi dive resort.

There are also direct flights from local airlines (Wings air/Lion air and Merpati) that serve the route from Makassar and Kendari to Wangi Wangi (Wanci). The price of a round trip plane ticket (Makassar-Wangi Wangi) is around $200 and from Kendari-Wangi Wangi is around $100.

Another option is to fly from Bau Bau (Buton Island) and continue with a public boat to Wanci/Kaledupa/Tomia. The plane ticket to Bau Bau from Makassar is around $100 for a round trip. There are two types of public boats from Bau Bau to Wakatobi.

Taking the Ferry to Wakatobi

If you plan to visit Wakatobi and want to take the ferry I’d recommend taking the express service from Bau Bau. The ferry usually departs from Pelabuhan Murhum to Wanci at 1 pm on even dates (2nd, 4th, 6th, etc.); or from Wanci to Bau Bau at 9 am on odd dates. The ticket price for a one way ticket is Rp 155,000 = $16. The journey with a speed boat takes around 3 hours from Bau Bau to Wanci.

The wooden boat (overnight boat) departs everyday at 9 pm from the same port. You arrive at 6-7 am the next morning at Wanci. The ticket for the overnight boat is Rp 105,000 = $11. You can get the same boat to bring you to Kaledupa or to Tomia, but the ferry goes to Wanci (Wangi Wangi) first.

From Wanci, there is a boat that can bring you to Kaledupa island from Mola Port. A one way ticket costs Rp 50,000 ($5.20). And if you specifically want to visit Hoga Island (like I did), you need to take a boat taxi from Kaledupa to Hoga. It costs Rp 25,000  ($2.60) per person for a one way ticket. However, almost all the islands in Wakatobi are reachable, it’s just that some of them don’t have a boat running to them everyday. 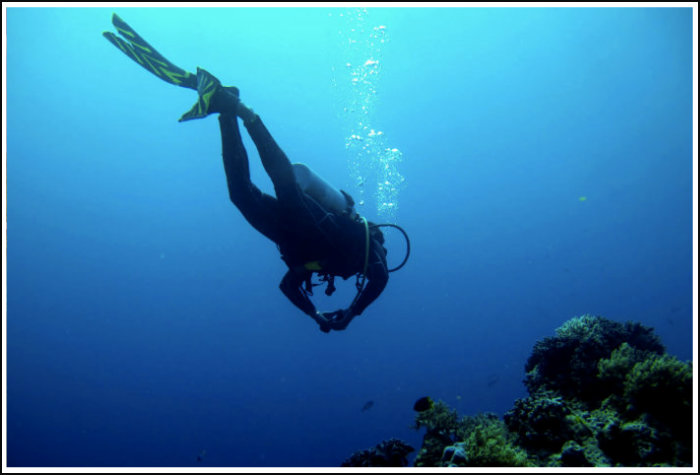 There are many beautiful places to visit in Wakatobi. Unfortunately with the islands being so far apart and transport being a pain it’s difficult to get around. I’d recommend choosing one or two islands when you visit. Make sure to set aside a bit of time to plan your holiday so that you can make the most of your time in Wakatobi. Also plan for delays (like arriving on Wangi Wangi the day before you want to leave Wakatobi if you’re not staying at the Wakatobi Dive Resort).

Have you ever visited Wakatobi? Do you have any tips for other travellers visiting Wakatobi? Share your thoughts in the comments below.

FIND OUT MORE
Tags: BinongkoHow to get to WakatobiKaledupaTomiaWakatobiWangi Wangi

Next post Interview with Asri Zefanya: The Secret Life of an Au pair