Situated in the middle of Malang next to the central roundabout is Tugu Hotel Malang. The hotel is nominated one of the Top 100 Most Beautiful Hotels of the World from L’Officiel Voyage. I was recently in Malang and stayed at Tugu Hotel Malang. I would like to share my experience staying at the hotel and some pictures that I took during my stay there. 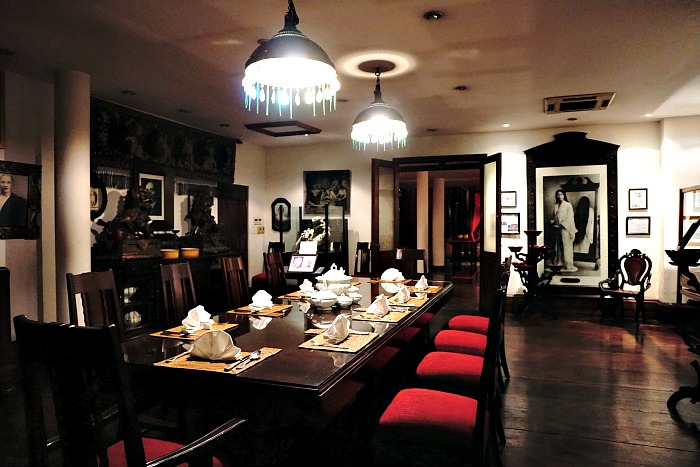 One of the function rooms in Tugu Hotel Malang – The Sugar Baron Room.

It was on the hotel tour when I discovered just how large Tugu Hotel Malang is. The hotel stretches backwards from the road. There are meeting halls, restaurants, courtyards, and bars. Walking through Tugu Malang feels like exploring a maze where you’re never sure what to expect around the next corner.

There is the courtyard that Gaudi might have designed. A meeting room with polished teak furniture and large framed images from the colonial era. A restaurant with circular tables and deep leather seats that looks like the interior of a Gentleman’s Club in Europe and my favorite, the ‘Endless Love Avenue,’ lit by colored lanterns, which feels like it is inspired by a Moroccan Soukh. 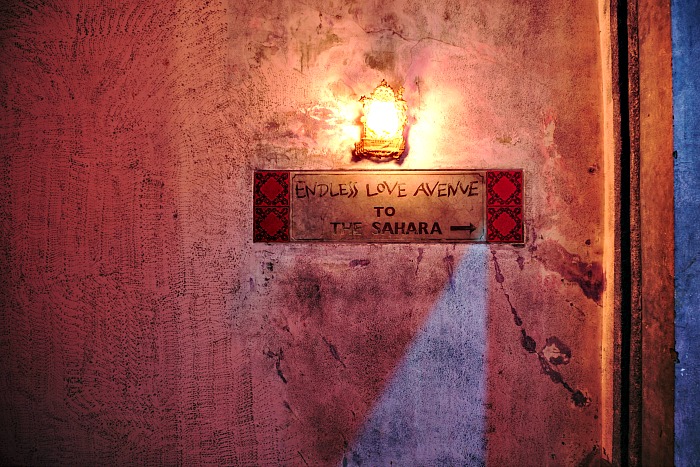 The entrance to the Endless Love Avenue 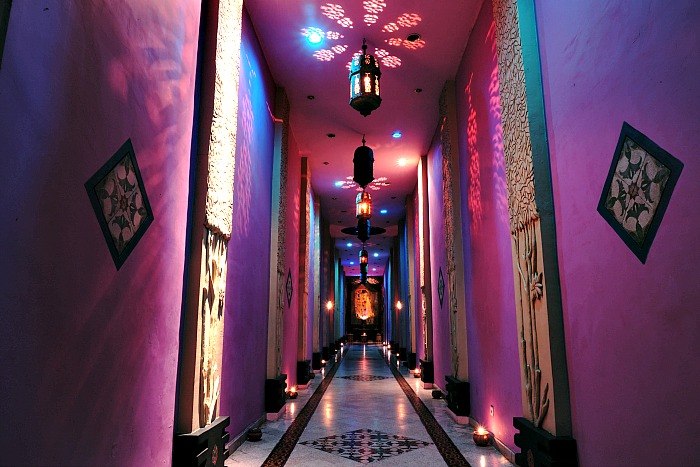 The Endless Love Avenue, one of my favourite spaces in Tugu Malang

In some ways it can feel like there is no sense of continuity in the hotel design, yet there is an overarching theme. Almost every part of the hotel is influenced by a collection of paintings, furniture and decoration from Javanese Babah Peranakan (the hundreds-years-old mixed culture between the Chinese migrants in Java and the native Javanese). This theme helps fuse the different elements of the hotel design smoothly together. 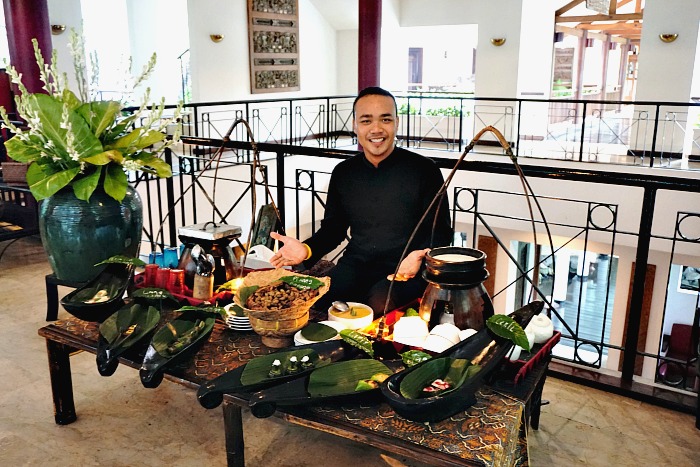 Afternoon snack on the second floor was something I looked forward to every day.

While the hotel is beautiful, it is the friendly staff who create the ambience. When I was there the staff suggested places to visit and interesting things to see in Malang that I hadn’t thought of doing. When traditional snacks from Malang (and around) were served in the afternoon they knew every dish and suggested food to try. By themselves these are all small things, but when combined it creates a welcoming ambience. 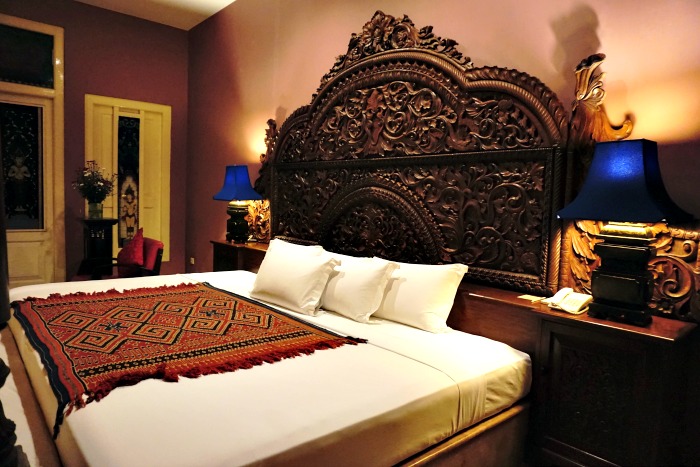 The main bed in the Apsara Suite

Tugu Hotel Malang has 49 rooms and suites with eight different room types. I stayed in one of the Executive Suites. The room was spacious and tastefully decorated. A four-poster bed dominated the room. In the right-hand corner next to the entrance was a small table and a sofa. On the opposite side of the room next to the window were two small chairs and a table. 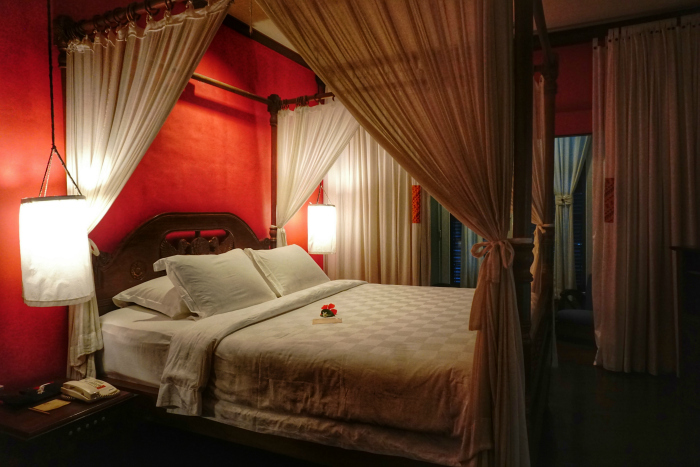 My bed at Tugu Hotel Malang. So in love with the ambiance of the room.

The room had the feeling of understated luxury. Yet it was the attention to detail and inventiveness, which again caught my attention. For example instead of using a regular keycard to turn on the electricity in the room, at Tugu Hotel Malang you used a wooden dagger. Again, it’s a small thing, but it is the small things that you often remember. 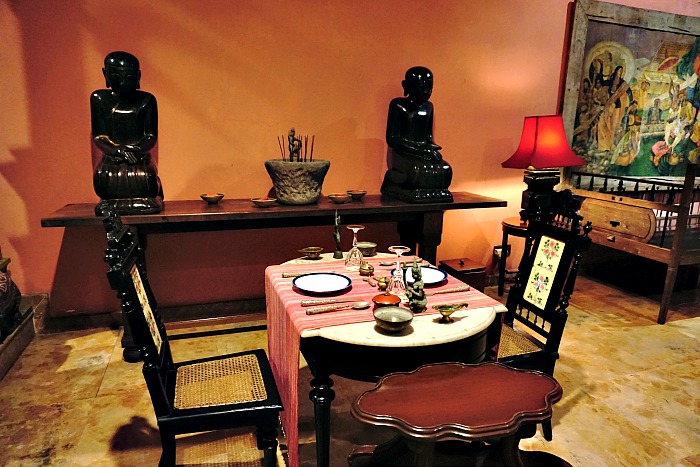 This is the dining space in the Apsara Suite

While I was staying in the Executive Suite, I was lucky to have the chance to visit some of the other rooms in the hotel. All of the rooms I visited had the same feel of understated luxury. Though there was one exception, the Apsara Residence. The room felt more like a luxury apartment, with a private spa, living room area and a large bedroom. This is somewhere to go if you have a special event like a honeymoon or you just really want to pamper yourself and money is no object.

I had been looking forward to trying the restaurant in Tugu Hotel Malang. Breakfast is included with a room reservation. On the first day there was a breakfast buffet with a mixture of Indonesian breakfast dishes and bread and pastries. There was also an ‘a la carte’ option from the menu. While the buffet would have been more than enough I decided to try the ‘A La Carte’ option, which consisted of a miniature three-course meal (choice of drink, appetizer, main dish and desert). 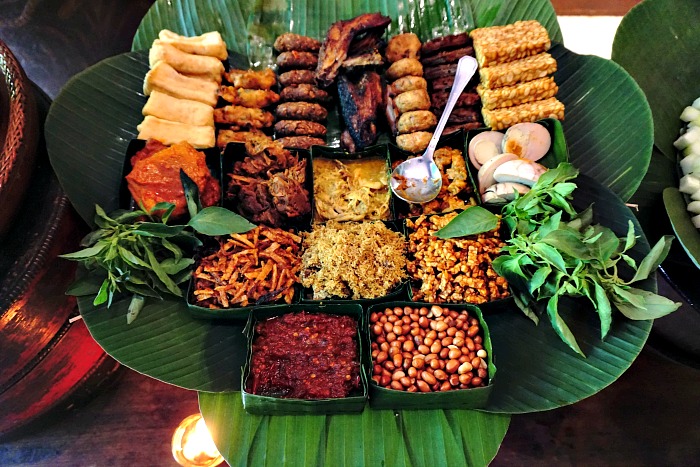 The ‘A La Carte’ breakfast menu

The ‘A La Carte’ menu offers a mixture of Indonesian and Western breakfast dishes as well as fusion dishes. On the first day at Tugu Malang I ordered Nasi Campur Blitar and on the second day I ordered the American Breakfast. Both dishes were delicious and the portion sizes were large (so you don’t need to worry about being hungry after breakfast if you normally eat a lot). 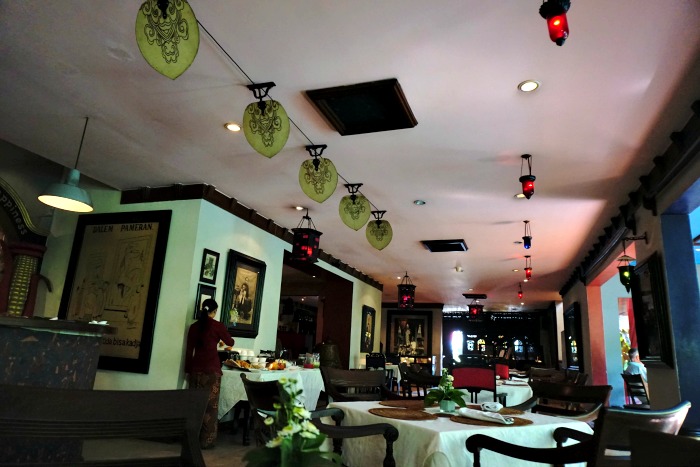 Old fashioned fans in the restaurant

The restaurant at Tugu Malang is open to the public and it’s a popular place to eat food. There is a large choice of food on the dinner menu and a big selection of drinks. The restaurant gets very busy in the evenings for dinner and on the weekends. There are a number of different rooms where you can eat and the food is delicious. Besides the restaurant and various function rooms, they also have a spa (Apsara Spa).

One of my favorite things about staying at Tugu Malang was the traditional afternoon snacks that were served on the second floor above the lobby. The food is served from a traditional style warung. There are small chairs in front of the stall where you can sit down and order food (there’s an outside lounge area where you can actually eat the snacks). I thought it was a really nice way for guests to learn about and experience local dishes from Malang and around. 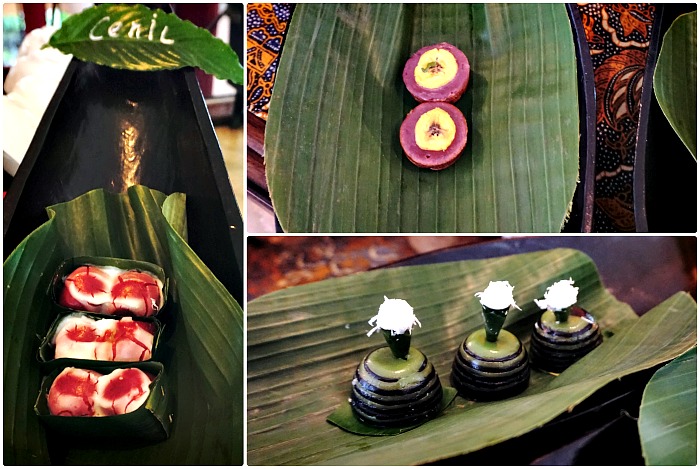 Some of the traditional snacks that were served in the afternoon

If you want to make your stay in Malang memorable I would recommend Tugu Hotel Malang. The hotel has a fun and friendly atmosphere, the rooms are tastefully decorated and the service is exactly what you’d expect from a luxury hotel. The hotel tour is also remarkable. It feels like walking through the looking glass in Alice in Wonderland. There’s so much to see, take in and explore that you almost feel sad when the tour has ended.

FYI
Discover Your Indonesia was invited to Tugu Hotel Malang to review it, however my opinion is, as always, my own.

Previous post 17 Things to do in Jakarta. No. 4 is the Best One!