9 Fun and Interesting Things to do In Blitar

I hadn’t planned to visit Blitar before Tugu Hotel invited me. The city is located in East Java, a two-hour drive from Malang. The city has a bit of everything and there are lots of things to do in Blitar. Surrounded by beautiful countryside and within easy reach of volcanoes, beaches and tea plantations the city reminded me of a smaller, quieter and more relaxed version of Yogyakarta.

Although not on the backpacker route, Blitar is a tourism destination for many Indonesians. The city is famous because it was the hometown of Soekarno, the first president of Indonesia. Before I arrived I had already decided to visit the old family home of Soekarno, but knew there had to be more things to do in Blitar (and I was right). If you’re planning to visit the city for a relaxing holiday away from it all, here are 9 of the best things to do in Blitar. I’ll start with my favorite. Let’s get started. 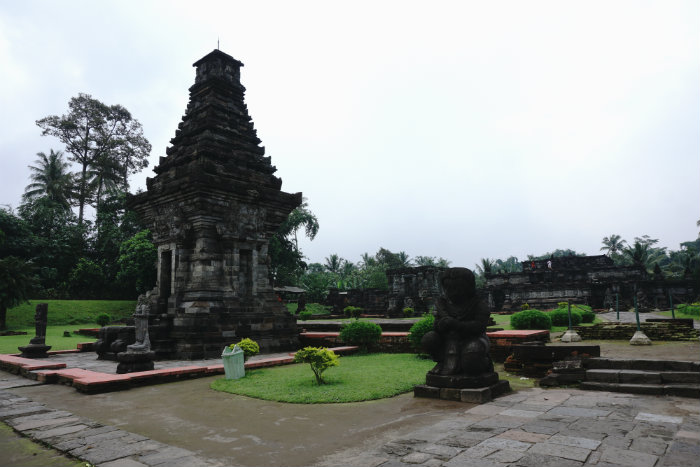 Candi Penataran is a Hindu temple dating back to the 12th Century. The temple is one of the highlights of Blitar.

Penataran Temple is a Hindu temple complex dedicated to the god Siva and built and expanded between the 12th to the 15th century. It is the largest Hindu temple complex in East Java and a beautiful place to explore. The temple grounds are surprisingly well preserved with intricate stone carvings of daily life and large statues that look like they could come from Central America. Candi Penataran is the main temple complex that is shaped like a stepped pyramid and a single tall rectangular shrine. The temple complex is a 20-minute drive outside of Blitar city center and is located in the middle of a small village. The site is being considered as a UNESCO World Heritage Site and after visiting I can understand why.

Soekarno’s grave is one of the most popular tourist destinations in Biltar. The grave is actually more of a mausoleum or national monument. To enter the site you pass through a huge stone gateway and enter a large open square. The grave is located under a large pointed wooden gazebo. The interior roof of the gazebo is decorated with carvings of flames that touch the sky. In the center of the gazebo is Soekarno’s grave. When I visited there were groups of people praying around the grave and taking photos. It’s a quiet peaceful place to visit. Make sure you leave the same way you entered. It took me almost 10 minutes to navigate through the endless row of shop stalls that line the exit.

Mount Kelud is one of the most active volcanoes in East Java and it’s also one of the highest points in the region. The highlight of visiting the volcano is the chance to see inside the crater. From the peak of the volcano you can look inside the boiling red magma as it comes out of the volcano. You also get panoramic views of the surrounding countryside. On the way from Blitar to Mt Kelud you pass lots of tea plantations. It’s a beautiful area to travel through. 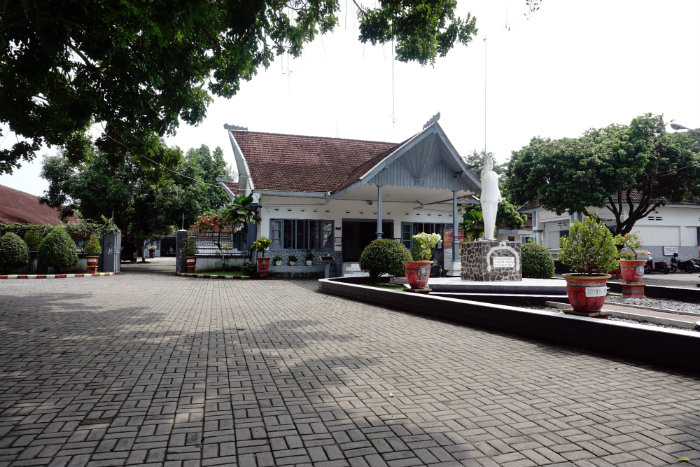 The view from the outside of Soekarno’s family home in Blitar.

Soekarno’s old family home has been turned into a museum. It’s an interesting place to visit, especially if you don’t know much about Soekarno. When we visited a friendly and knowledgeable guide gave us a tour of the house. She told us about his 9 wives (4 official ones and 5 mistresses), showed some of his memorabilia and photos of his family and portraits of Soekarno at important state events. We spent about 30 minutes touring the house, which was probably a bit too long, but it was interesting nonetheless.

It takes almost one hour to get from Blitar to the coast. Like much of Java there aren’t very many beaches where you can swim close to Blitar, but there are a lot of nice beaches you can visit where you can also buy fresh fish. Some of the best beaches in the area include Pangi Beach, Serang Beach and Tambak Rejo.

Umbul Tuk Cave is located in the village of Tumpak Kepah. The cave is famous for its stalactites and stalagmites. The cave actually goes 2km underground. To enter the cave you need to put on a flashlight and go into the river. It’s slippery and the rocks can be sharp so you have to be careful. After about 500 meters you enter a large series of open caves. Only visit if you enjoy an adventure. 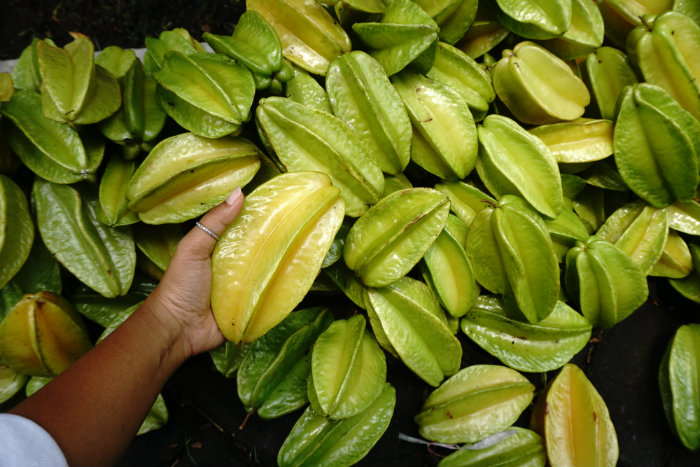 Some of the freshly picked star fruit from the Agrotourism farm in Blitar.

Agrotourism Star Fruit is a local government funded star fruit farm. The farm covers over three hectares and the only crop grown here is star fruit. The trees are planted like an apple orchard in large square blocks of ten meters by ten meters that are broken up by small paths. The star fruit trees hang over the paths creating a natural arch of leaves that keeps you in the shade. I only visited the farm for 10 minutes, but it was a fun place to see.

There are a lot of different ways you can explore Blitar, but one of the most relaxing is on a cycle tour. These tours are an opportunity to see the forests and farmland surrounding the city and meet and greet local people. The best time to join a tour is early in the morning or late in the afternoon when the temperature is cooler. 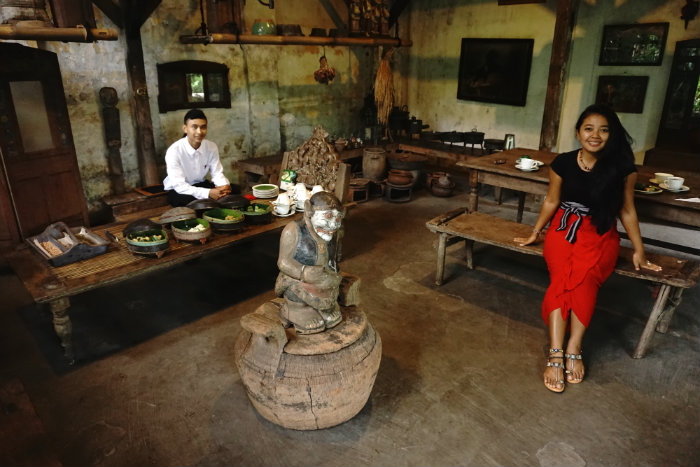 Enjoying traditional afternoon snacks and a cup of tea at Tugu Hotel Blitar.

This article was made possible thanks to Tugu Hotel who shared with me some of the best things to do in Blitar. I really enjoyed my stay in Blitar. While it’s not on the tourist trail, the city has a lot of interesting things to do and see. Visiting Candi Penataran was a personal highlight and I’d definitely recommend visiting the site if you have the opportunity.

Have you visited Blitar? What did you think of the city? Is there anything I missed from the list? Share your thoughts in the comments below.

Next post How to Arrange Your Bromo Tour (The Complete Guide) 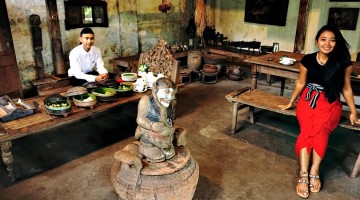