A traveller, a blogger or a travel blogger. It all sounds so common to us, right? What about a travel blogger who loves old graveyards? That is a bit unique isn’t it? Well at least for me it is. Most people that I know only go to a grave yard when a relative dies or something like that. This woman admitted to me that she will visit a city just because she is curious of a grave that is located there or has a connectivity with a grave, which she visited before!

Olive of Obendon.com loves visiting graveyards like (probably) me visiting malls or handicraft markets. I would like to introduce you to her. Originally from Tana Toraja born and living in Jakarta, she has decided that Aceh is where her heart belongs. Olive, I usually called her Mbak Olive (Mbak is an english equivalent for calling your female buddy. As for male is “Mas”), is an interesting person who I met through the Travel Bloggers Indonesia community.

I was lucky enough to have her as my tour guide when I visited Taman Prasasti Museum. She shared so many stories about the museum, which was formerly a cemetery. She explained how a lot of things changed there and how the Taman Prasasti Museum is not as exciting as it was before. There might be a lot of people (just like me) who are interested in Mbak Olive’s story and want to learn how an old grave can be so fascinating!

What is so special about old grave?

What actually makes it interesting is the life story of who is behind the tomb and the unique architecture of the old graves. 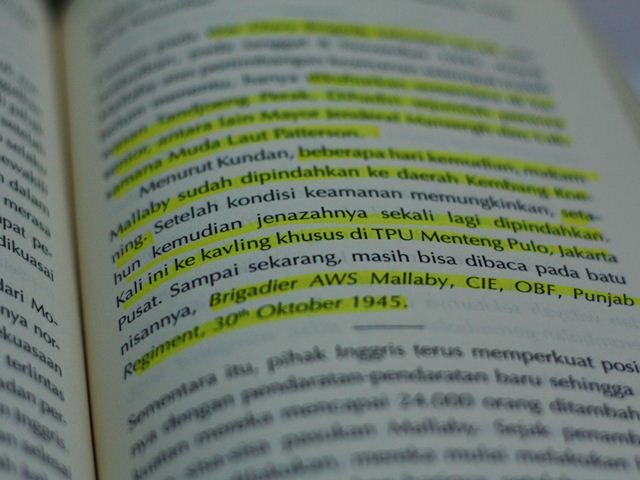 Pages of the book “Pertempuran Surabaya November 1945” (Des Alwi,2011), which deliver on searching the tomb of Brigjend AWS Mallaby, leader of Brigade 49, who was killed in a gun battle around Jembatan Merah or known as Pertempuran Surabaya. October 30, 1945

So how did this interest start?

In early 2005 I attended an activity held at Onrust Island, part of the Thousand Islands Jakarta, organized by Sahabat Museum community (where I became one of the volunteers). The event was held in front of the tomb of Maria van de Velde in the old cemetery. I was glued by the explanation about writing on the old cemetery there given by Mr. Lilie Suratminto. He is an expert on reading tombstones from University of Indonesia. It was totally awesome, and from there I moved back going back to my childhood passion of play by the graveyard. 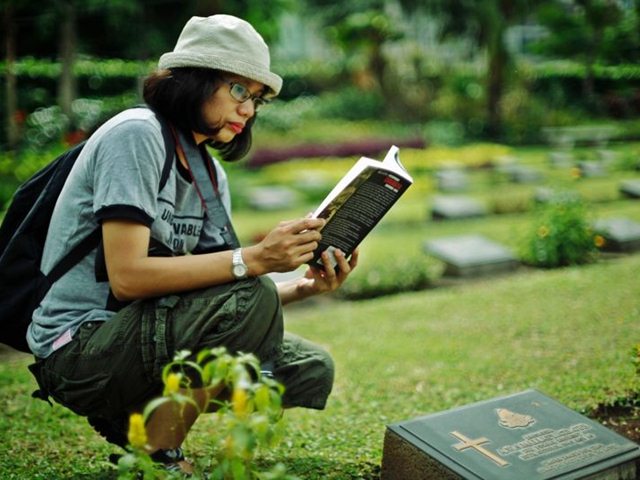 Do you think that your passion about grave is somewhat connected to you being a native Torajan? As we know that Torajans have strong views on death and the afterlife.

I don’t think so. If that is the case every Torajan would have the same love of exploring the old graveyards. In fact what I’m doing is questionable. If traced, it might have something to do with the interest in reading the writings on the cemetery whenever I accompanied my parents to funerals when I was a little girl. This was a passion that eventually died off and then re-appeared during my visit to Onrust Island. 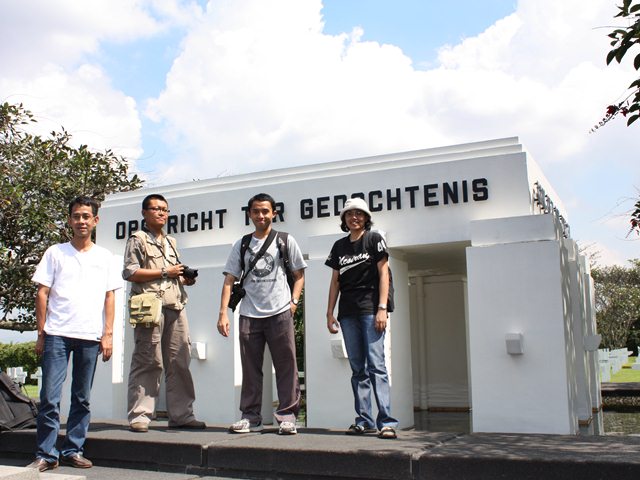 Three friends who are always happy to explore cemeteries together. This photo is taken at Ereveld Pandu, Bandung

Are there any grave community enthusiast in Indonesia (or in Jakarta)? I know that Taman Prasasti Museum is a setting for photographing models or pre-wedding photo shoots, but is there any community that tours graveyards perhaps?

I have never heard of such a community in Indonesia, but there are some communities outside Indonesia. But if we are talking about history lover communities then there are some such as Sahabat Museum, Jelajah Budaya, Historia Indonesia, which often holds activities / visits to museums including the Museum Taman Prasasti.

About the tour guide, this is one of the disadvantages of most museums in Indonesia. When entering a museum, visitors are most likely given a brochure about the museum, even though the information is not up to date. There is no supporting information on the ground that could be a source of information for visitors. Regarding the activities of the groups who do photo/video shoots around the graveyard; I think it does not matter as long as they understand the procedures for a visit to a museum. 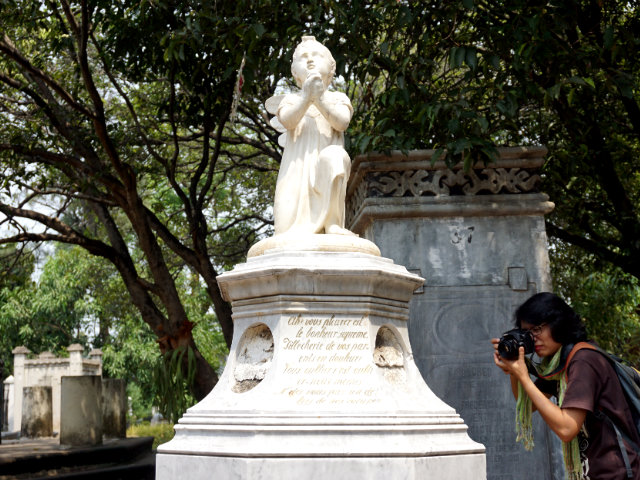 Ok, we all know that graveyard, old or new, can be quite spooky. Do you think that a graveyard is spooky? Do you ever feel scared during your graveyard explorations?

Spooky? Hahaha.. First of all, this is a funny question. Yes I do feel scared, but my curiosity definitely overcomes my fears.

There was an exciting moment when visiting Peneleh 2 years ago. Peneleh is the oldest Dutch cemetery in Surabaya and was opened in 1814, a tiny bit younger than Taman Prasasti (1795) but Peneleh is not well preserved. The driver said that there might be some bad guys that will be bothering people so he insisted on accompanying me to the cemetery so that no one would disturb me. He was also worried because I am female. Guess what happened that time? The driver was indeed accompanying me enter the cemetery, but only until the gate, he excused himself to go back to the car because he was scared. Not with the bad guys, but he was afraid of the silent spooky atmosphere of Peneleh complex. Please do not imagine Peneleh is the same as Taman Prasasti, they are two completely different places. 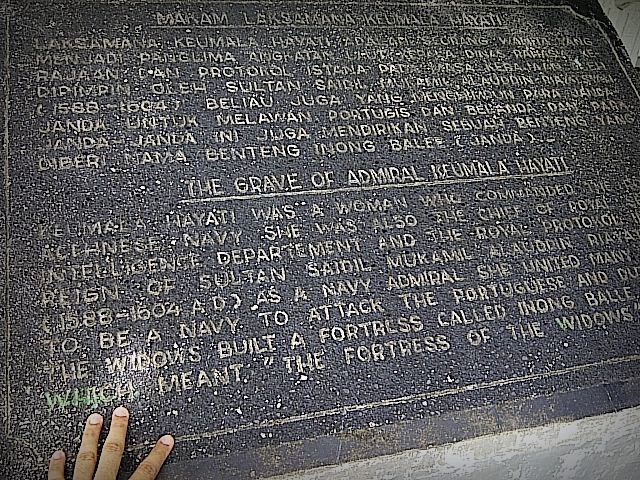 The inscription on the tomb of Admiral Keumalahayati, Aceh

Another unique moment was in Aceh when I visited the tomb of Laksamana Keumalahayati. It was my third visit there. I went up to the tomb with a friend and left the door open without a fence bolted. My other friend said that when she reached the gate, it was closed, locked and it took 15 minutes before she could open it.

So, usually I am not the one who is scared, but the people who accompany me to the graveyard. It might be that the strange things they experience are caused by extreme fear that somehow leads them to experience strange things.

What do you think about Taman Prasasti Museum now? I know that you were disappointed about certain things during our visit.

Having undergone several renovations, there are so many things that have changed in Museum Taman Prasasti compared to when I first visit in 2007. While most of the remaining inscriptions have been preserved, I think some of the inscriptions have been “ruined” and lost the authentic value. I actually wonder why the museum managers’ repainted the statues/monuments with bright colors that sadly make the objects look brand new. 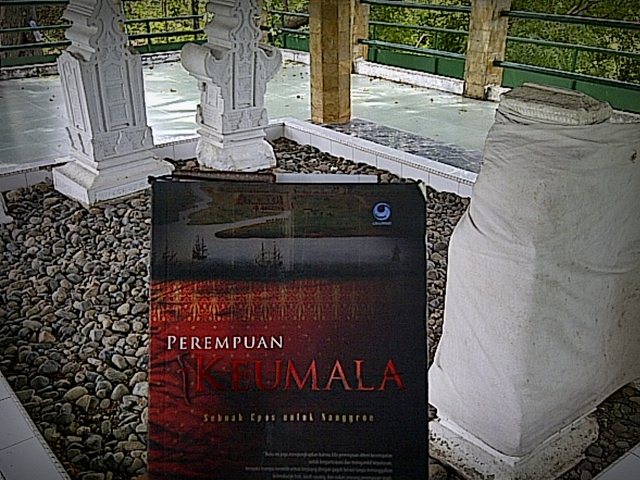 What is the most important lesson that visits to old graveyards has taught you? Do you mind to share?

To be honest, my visits to cemeteries is actually also to do some overcoming my fears; a self healing theraphy. In the past I was scared of ghosts. Whenever I wanted to sleep, I had to check everything in my room with a torch; under the bed, behind cabinets, dark corners, etc.

Visiting the cemetery I had to fight my fears one by one. Another thing that I learned is I get inspired a lot by reading the fragment life story of the people buried in the graves. For example: I was amazed with Laksamana Keumalahayati, which is recorded in history as the first woman Laksamana (admiral) in the world! Therefore I made a special blog, perempuankeumala.wordpress.com,  in collaboration with the author about her novel Perempuan Keumala because we were inspired with her spirit. In addition, with frequent visits to the cemetery, I think I am wiser in living this life. More ready to be called Home by my Creator. 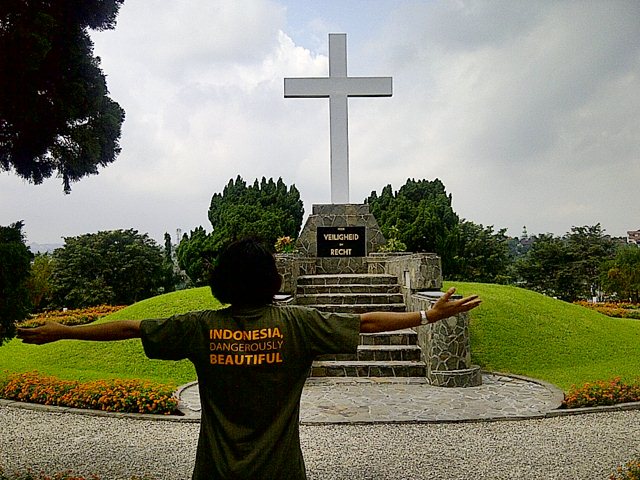 Indonesia is too good to pass up, this is one of the ways I have grown to love the country

Lastly, what is your favourite old grave in Indonesia and why do you really like it?

Basically each cemetery has its own uniqueness. I love play around mausoleum OG Khouw, Petamburan cemetery (you should check this out Firsta, people said that mausoleum OG Khouw is more awesome compared to the grave of Rockefeller). I enjoy the greenery in Jakarta War Cemetery and Erevelds, but only in the grave of Laksamana Keumalahayati, in Malahayati hill – Aceh where I fell asleep without any fear at all. It is as if there is a special bond in the places associated with her that strengthens my love of Aceh. 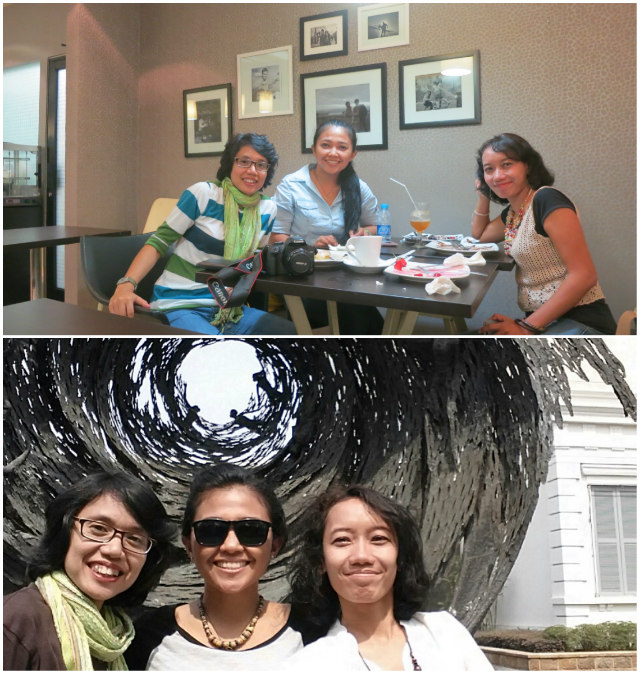 Next post Muara Jambi Complex: A Must Visit Place in Jambi