Magelang: Things to do Around Borobudur

I bet you already know that Borobudur is not located in Yogyakarta, right? Ah, you don’t know? Alright, don’t feel bad.. Some Indonesian’s don’t know this either. Here’s a funny thing; it is very difficult to find a t-shirt with Borobudur on it and Magelang printed underneath. It is so easy to find a t-shit with Borobudur and Jogja printed underneat. Funny, huh? A self fulfilling mistake…

So for your information, Borobudur is located in a city named Magelang, approximately one hour journey from Yogyakarta. There are plenty of choices of accommodation in Yogyakarta, which is why most people stay there. Though I can say that I love the landscape around Borobudur. I want to share some of the things you can do around Borobudur here.

Ramayana Ballet Prambanan: The Drama of Rama and Shinta

Borobudur and Prambanan Tour in One Day? Yay or Nay?

The Beauty of Sunrise at Borobudur

Besides Setumbu hill, Magelang also has another hill called Tidar mountain where you can climb and enjoy the fresh air along the way. I’ll tell you about Mount Tidar at the end of the article. The other big highlight of Magelang is the food! After attending the 200 years Borobudur discovery event, together with other bloggers, we decided to do a short culinary trip around Magelang. Here is my review of some of the local delicacies. 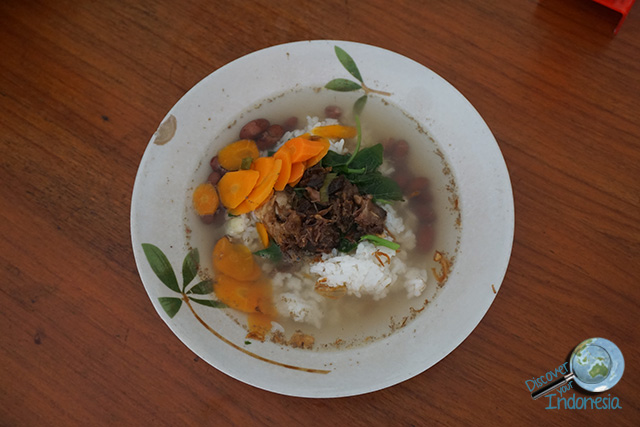 I could say that Sop Senerek is a signature dish in Magelang. It isn’t as famous as Tahu Kupat/Kupat Tahu. When I first heard Sop Senerek, I was like.. what does Senerek means? Soup what?

Long story short, from the appearance point of view, this soup looks pretty. It is a colourful orange (from the carrot), with maroon brown (from the red beans) and green from the spinach. It tastes very similar with ribs soup that you can find easily in Jakarta, or other big cities in Indonesia.

In this soup, red beans act as the core of the dish. Together with diced beef, spinach, carrot and a light broth. This soup is well worth a try if you visit Magelang. 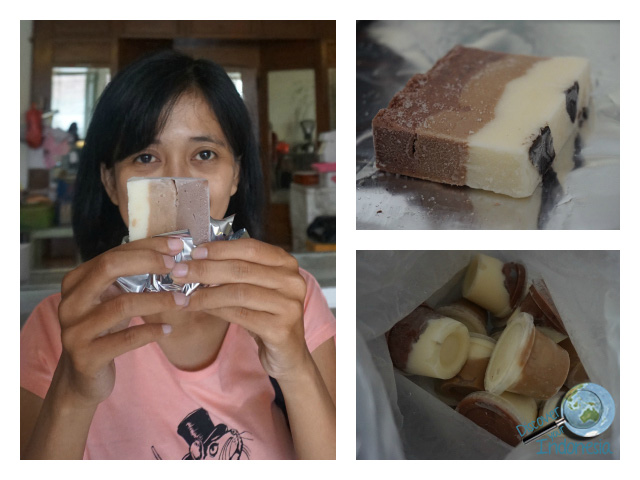 This is kind of an old fashioned ice cream, just like the one that you can find at Ragusa, Jakarta. I am a big fan of ice cream and Ice Cream Mahkota wasn’t that special. Yes it does taste good, but no more than that. Besides the ice cream, I had a bite of their layer cake (kue lapis), which was more memorable. So if you happen to visit Mahkota Bakery for its ice cream, do give their layer cake a try. 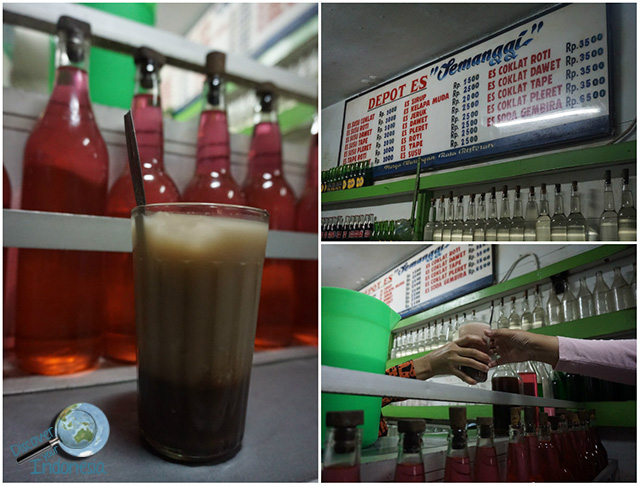 Another failed attempt! I think it was because I chose the wrong drink! I tried to eat their Es Coklat Pleret, simply because I had never heard anything about Pleret before and I thought I might like it, plus Es Pleret is kind of signature drink of Magelang.

Pleret is made from rice flour and is not my favourite. At least I know that I should try their Es Susu Dawet or Es Tape Roti on my next visit to Depot Es Semanggi, one of the hidden gems in Magelang. 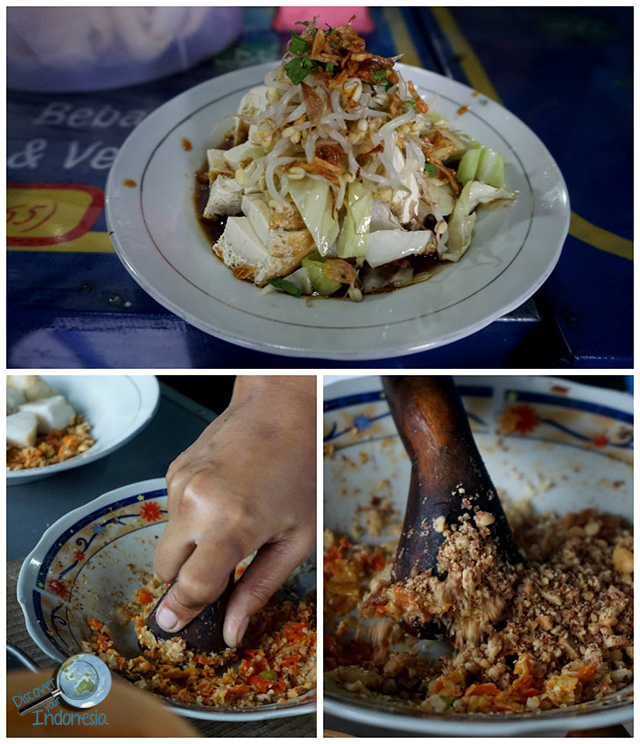 Btw, Tahu is tofu and Kupat or Ketupat is basically a rice cake, which is made of rice boiled in a plaited pouch of young coconut leaves. 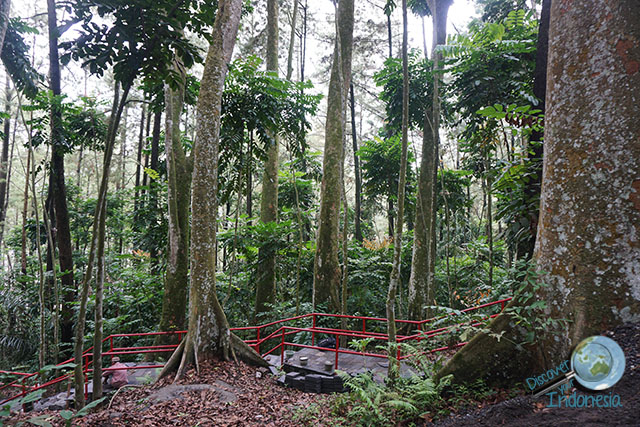 Realizing we were planning to eat so much food during our culinary trip in Magelang, we thought that doing a tiny bit of exercise wouldn’t hurt. We (Halim and I) decided to climb Mount Tidar. We were greeted by a bunch of monkeys at the start of our climb. The monkeys weren’t aggressive, unlike the monkeys in Uluwatu, Bali, which was a relief for me (I had a monkey incident in Bali before).

The climb up mount Tidar was easy and very pleasant. You’ll see there are several tombs on Mount Tidar. Three that I can remember were the tomb of Syaikh Subakir, Kyai Sepanjang and Kyai Semar. On top of mount Tidar, there is a big field with a small monument. I saw a group of boy scout was doing some activities there with their teachers. It was a great 30 minutes hike and definitely helped me stay in shape after munching the tasty Magelang food. 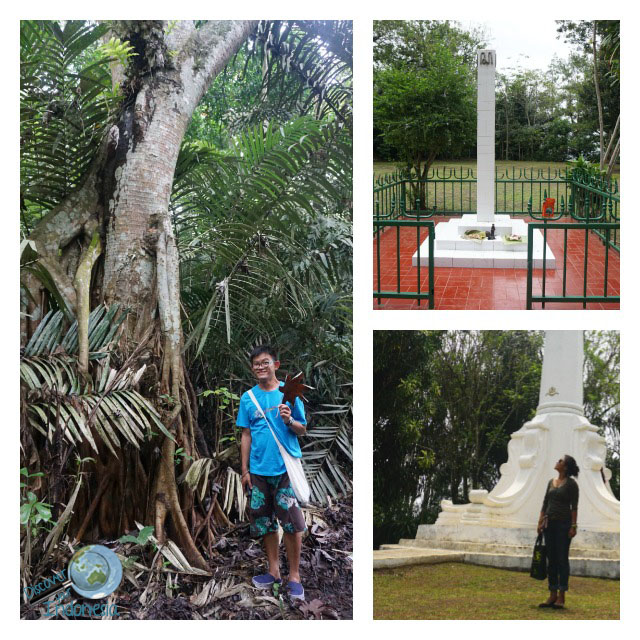 There are so much things you can do when you visit Borobudur, Magelang! If you’re visiting from Yogyakarta then make sure to join the Borobudur Sunrise tour (find out more here). It’s really beautiful.

Besides a visit to Borobudur, you can also play around at Kedung Kayang waterfall, do a day of culinary exploration and hike Mount Tidar.

Have you ever been to Borobudur? Did you also visit the waterfall and try any local delicacies? Know anything else that you think Magelang has to offer?

Next post From Plant to Pot: Tambi Tea Plantation