Sumbawa lies to the east of Lombok and the west of Flores, but remains less developed and less visited than both those islands. It also looks very different. Where Lombok and Flores are lush and green, Sumbawa is barren and scorched by comparison. Most foreign visitors to Sumbawa are drawn by the island’s surf breaks, which rank among the best in Indonesia, or even the world. Read on for suggestions of where to surf in Indonesia, how to get there and where to stay.

Sumbawa is easily accessible by sea and air. It has three major ports: Poto Tano in the west, and Bima and Sape in the east. Which one you choose will obviously depend on where you are planning to visit on the island. Sumbawa Besar and Bima also have small airports, which is another option. 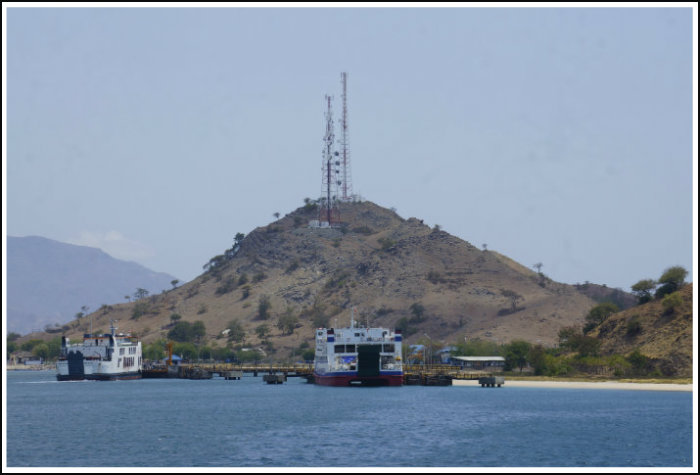 Getting to Sumbawa by boat

Many visitors to Sumbawa arrive by boat from Lombok, docking at the western port of Poto Tano. Buses meet all ferries at Poto Tano to continue the journey to Sumbawa Besar, which takes around 2.5 hours. From Sumbawa Besar, it is easy to get a bus to other parts of Sumbawa.

If you’re arriving from Flores, to the east, you will dock at Bima or Sape. Pelni ferries dock at Bima and go to Makassar on Sulawesi and Kupang on Timor twice a week. There are also weekly ferries from Bima to Surabaya on Java and Waingapu on Sumba.

ASDP ferries depart from Sape, a dusty strip of a town around 90 minutes from Bima. It’s a pretty dull place, but a ferry to Labuan Bajo leaves at around 8am, so many visitors stay the night. There is another ferry at around 4pm, although this doesn’t get to Labuan Bajo until the middle of the night. You can also get a daily ferry from Sape to Waikelo on Sumba.

Getting to Sumbawa by plane

Thankfully, like many Indonesian islands, Sumbawa has a couple of small airports. It’s cheap and relatively easy to fly to Sumbawa Besar or Bima from other major destinations in Indonesia. Sumbawa Besar has several flights daily to and from Praya on Lombok. From Bima, you can also fly to Lombok as well as to Bali. 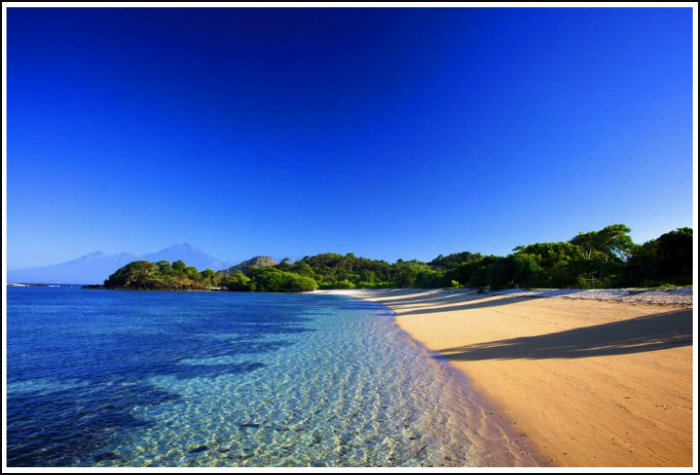 Where to surf in Sumbawa

Whether you enter Sumbawa at Poto Tano, Sumbawa Besar, Bima or Sape will depend on how you get to the island and where you’re coming from. However, it will also depend on which surf spot you are heading for. Below are three of the most famous surf spots around Sumbawa. I’ll start with one of my favourite places. 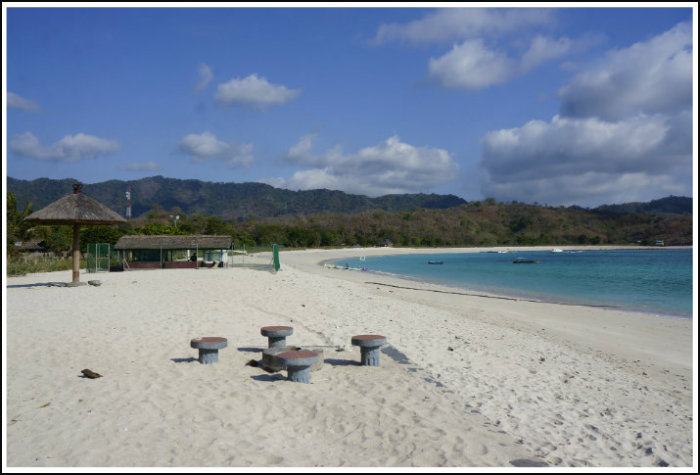 Maluk, on the west of the island, is home to the famous wave Supersuck. Because of its location on the west of Sumbawa, this is the easiest wave to reach from Lombok and Sumbawa Besar – you can get here in a couple of hours from Lombok. As a result, it gets very busy during high season. Maluk town itself is small and doesn’t have much to offer tourists. Out of town there are a few better place to stay. One popular choice is Supersuck Hotel, which sits right on the beach to the south of town. 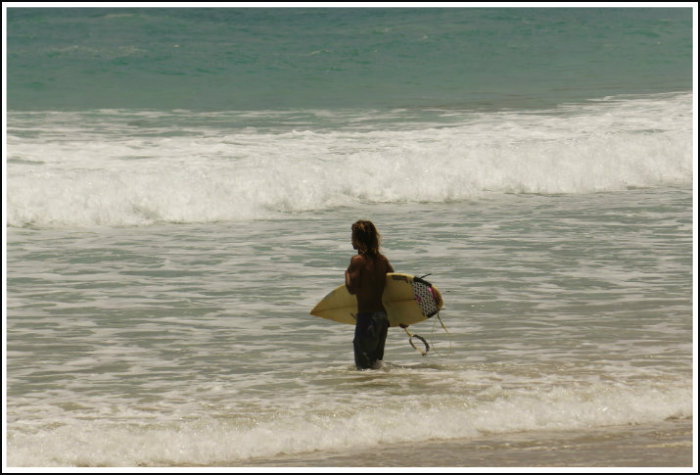 The other main surfing attraction in the west of Sumbawa is Scar Reef, about 40 minutes north of Maluk. This is a violent and potentially dangerous wave which should only be attempted by advanced surfers. However, those keen to take on the challenge will likely find it to be quieter than Maluk. 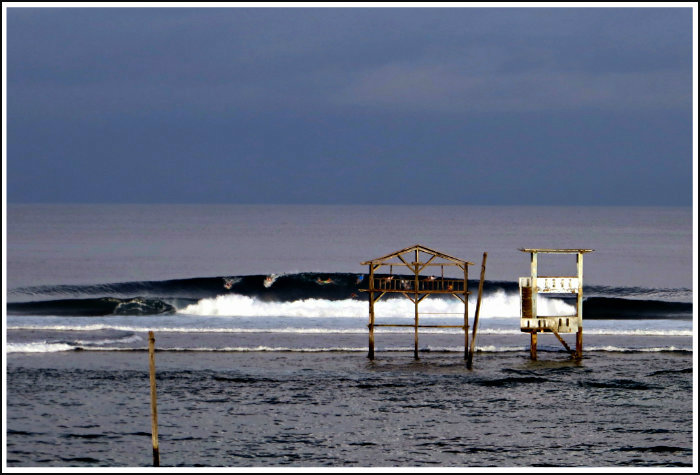 Perhaps the most popular of Sumbawa’s surfing spots is Lakey Peak. This is one of several renowned waves on the south central coast. The easiest way to reach them is by flying to Bima and then driving or catching a bus. The journey by road takes about two hours. Lakey Peak has waves which break both left and right. Unlike many of Sumbawa’s waves, it is also suitable for varying ability levels. Therefore, if you’re a beginner or less advanced surfer, Lakey Peak is a better choice than the likes of Scar Reef.

Near Lakey Peak is Periscopes, another of Sumbawa’s famous waves. This is very fast and therefore unsuitable for beginners. There’s also Lakey Pipe, a huge barrel wave. Nungas is highly regarded by kitesurfers and windsurfers. Another wave nearby is Cobblestones, which many people enjoy as a quieter alternative to the main waves.

Despite Lakey’s relative popularity, there is not a great deal in the way of tourist amenities. Hotels mainly take the form of basic guesthouses. The best hotel by far is the mid-range Aman Gati. This is a very pleasant villa-style hotel set in tropical gardens. Standard a/c rooms cost US$65. Packages are also available including transport to and from your hotel in Bali, if you’re only coming to Lakey during your trip to Sumbawa. 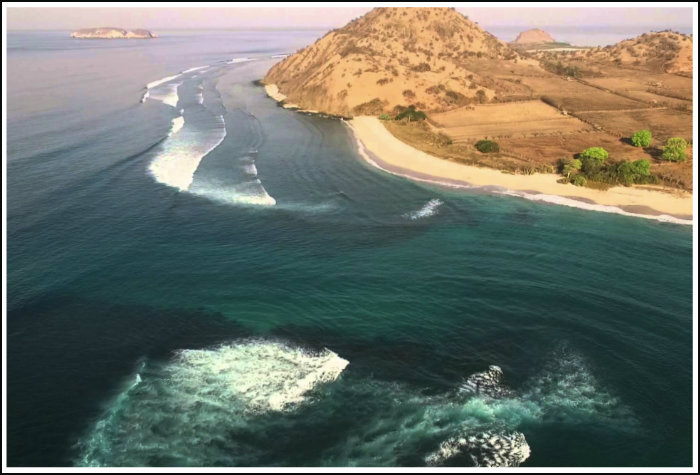 Sumbawa is much quieter and less visited than Bali, Lombok or even neighbouring Flores. The majority of visitors are surfers. For an island of its size, Sumbawa is home to a disproportionate number of world-class surfing spots. On the west coast, Maluk and Scar Reef are popular. Further east, Lakey Peak is arguably the island’s most popular surfing destination.

Have you been surfing in Sumbawa? Do you have any suggestions other than those mentioned above? Let us know in the comments below. 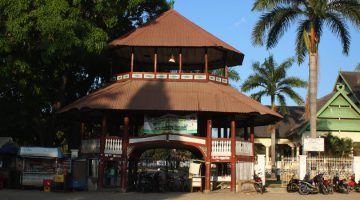 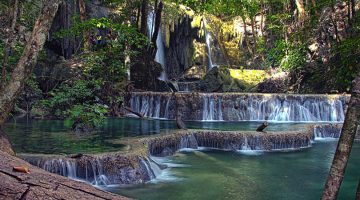 Adventure and Extreme Sports in Bali 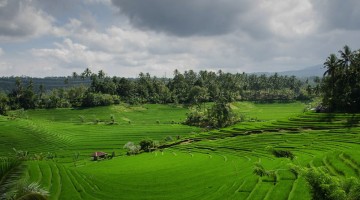