Ruteng is the next large town in Flores east of Labuan Bajo. For this reason, it is a popular stop for tourists travelling overland across Flores. While the town itself does not have a great deal of tourist attractions, it breaks up the journey further east. It is also a place to stop off and stock up on essentials before you take to the road again for another long bus journey. 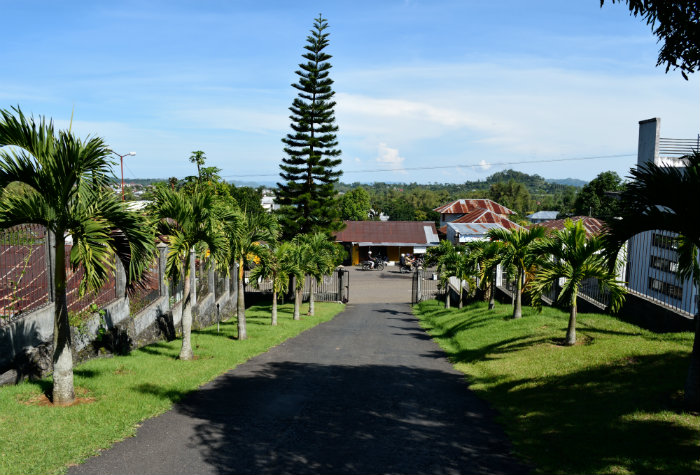 Ruteng is high in the hills and has a pleasantly cool climate. The difference in temperature is very noticeable if you’re stepping off the bus after the sweltering heat of Labuan Bajo. There’s not much for tourists to do in town, but there are a few sites of interest in the countryside. The nearby ‘spider-web’ rice paddies are an impressive sight and a good photo opportunity.

Those of an anthropological bent may be interested in visiting Liang Bua, a nearby cave where remains were discovered in 2003 of a tiny, extinct species of human. Homo floresiensis, named after the island of Flores, stood at around 3.5 feet tall, and is known as the ‘hobbit’. The cave itself is a limestone formation dripping with stalactites. The entry fee includes a short tour, but there’s not a great deal to see. 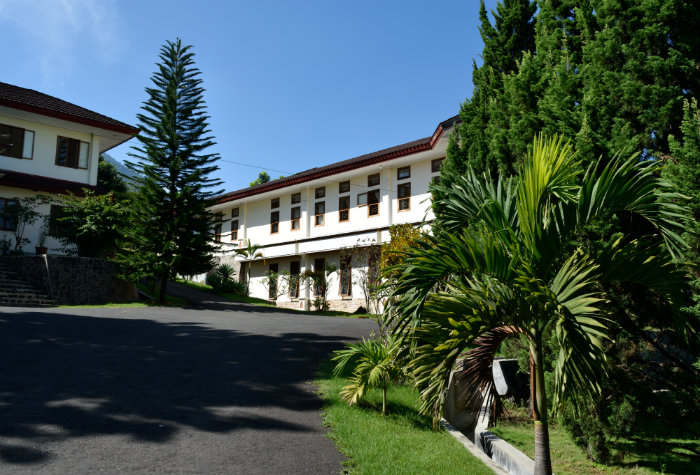 How to Get to Ruteng

The majority of travellers to Ruteng arrive by bus from Labuan Bajo, around 140 kilometres to the west. Labuan Bajo is the western gateway to Flores and the main point of entry for most tourists. You can read our travel guide to Labuan Bajo here. The journey from Labuan Bajo to Ruteng takes four to five hours. It is much more comfortable to book a seat in a travel, an air-conditioned minibus, than to take a local bus.

In the other direction, to the east, the nearest town is Bajawa. This is also around five hours away by bus. Occasionally, tourists will skip Bajawa and travel straight to Ruteng from Ende, which is a nine-hour bus journey away.

A more expensive but more comfortable alternative to bus travel is to book a seat in a shared taxi. The Hotel Rima, down the road from the MBC hotel (see below) can organise this for you even if you’re not staying at the hotel. The car will pick you up from here as well.

Ruteng has a small airport, but it’s unlikely to be of much use to most travellers. At the time of writing, the only destination was Ende; this seems to change regularly.

Where to Stay in Ruteng

Ruteng’s accommodation options are not of any particular interest or quality, with one notable exception. The Susteran Santa Maria Berdukacita (MBC) represents a unique opportunity to stay on the grounds of a convent. The nuns who run the convent are very nice and accommodating. When I arrived, there was a mix-up with my reservation but they offered to house me for free in a section of the convent usually reserved for the drivers of tour groups. (Thankfully, my reservation went through after all, and they had a room for me!) 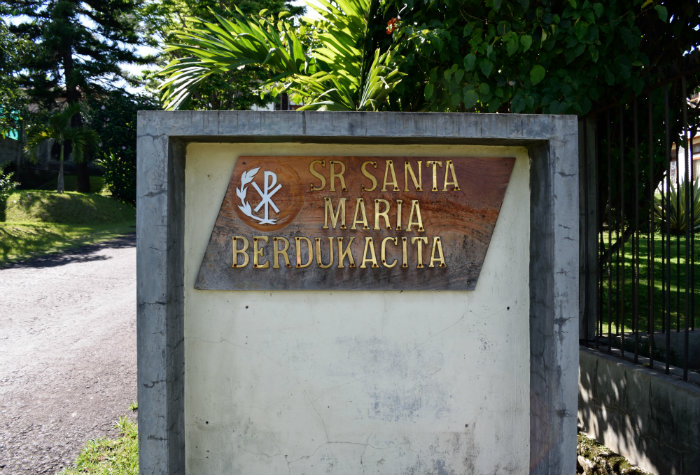 Because the convent is a religious association it essentially operates on a charitable basis, and the rates are very reasonable. A double room is Rp 200,000, which will get you by far the nicest accommodation in Ruteng. All the rooms are spotlessly clean and the whole convent is beautifully maintained. The nuns play an important role in educating local children, who come to the convent after they finish school. When they spot a tourist, they will flock around, wanting to chat to you to practise their English. While this can be a little exhausting after a while, the kids are very polite and really appreciate you taking the effort to talk to them.

As you might expect of a convent, days start very early. You will likely fall into the same sleeping patterns, as the chanting of the nuns can be heard from the rooms. Even though you may be craving a lie in, this is quite a relaxing way to wake up. It’s certainly a change from the chickens, dogs and traffic noise you’ll wake to in many Indonesian cities. Breakfast is similarly early, winding up by around 7.30am, but is generous and delicious. 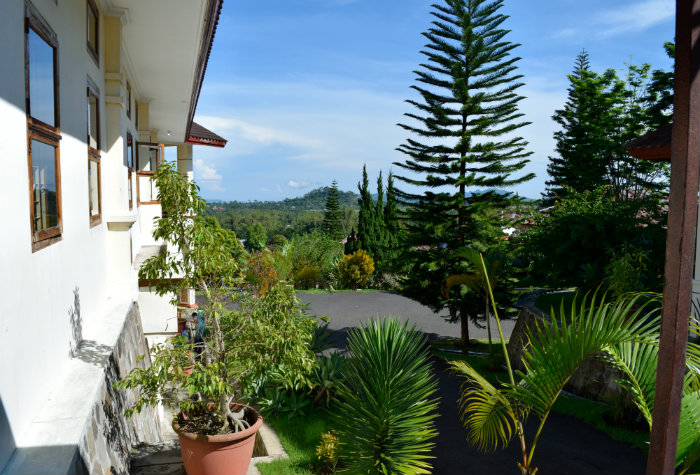 How to get to Ruteng Flores

MBC is rightly popular, and often fills up in advance. They do not use e-mail (there’s also no WiFi), so booking over the phone, well in advance, is highly recommended. Their number is +62385 22834.

If you can’t get a room at MBC, or don’t fancy the early starts, don’t despair. Ruteng has other places to stay, even if they’re not as memorable or charming as the convent. Just down the road from MBC is the Hotel Rima, a wooden lodge-style hotel which is gloomy but OK for a night. If you’re just stopping over for the night, like most people, this is a good choice because buses and taxis pass right by the front door. They are also very helpful in arranging your onward travel. In the town centre, the labyrinthine Ranaka is cheap and normally has rooms going.

Where to Eat in Ruteng

Ruteng’s dining options are a little thin on the ground. There’s a decent café, Agape, on Jl Bhayangkara in the centre of town. Popular with travellers, this is a decent place to rest up with some delicious Flores coffee and a selection of Indonesian and Western dishes.
For something a bit more substantial, head to Ruma Makan Chacha, the best retaurant in town on Jl Diponegoro. The food is traditionally Indonesian and reasonably priced, and the owner Jafar is very friendly.

Ruteng is not the most exciting place in Flores, but it’s a perfectly nice town to stop over for a night, which you may well have to do if you’re travelling overland to or from Labuan Bajo. A night at the Susteran Santa Maria Berdukacita (MBC), a working convent, is a special experience.

Have you ever visited Ruteng? What tips do you have for other travellers? Share your thoughts in the comments below.

Maumere Travel Guide: How to Get There and Where to Stay 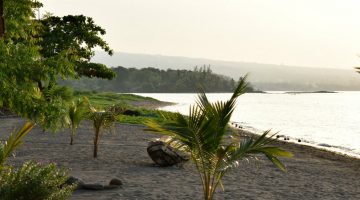