After my experience attending a funeral in Tana Toraja, I was a bit unsure about whether to attend another funeral. However, I was told by my dear twitter friend @sezy_dewi, that there would be a royal cremation in Ubud on November 1, 2013. She said that the wife of Tjokorda Gde Putra Sukawati, from the Puri Agung Ubud family will be cremated. This would happen in just four days. So, I decided to give it a go and see the royal cremation. Even though I didn’t stay until they burned the body, I am so grateful to have witnessed the procession. It is so great to know the fact that culture is still such a strong part of the local society. 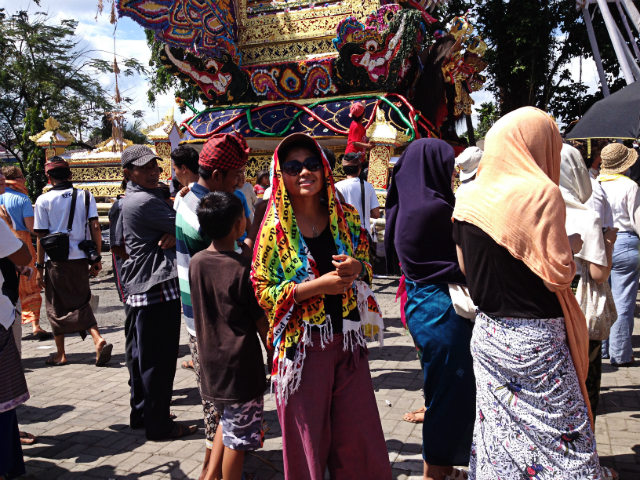 Pelebon ceremony, known also as Ngaben ceremony, is one of the most famous religious Hindu ceremonies in Bali’s. This ceremony is a form of respect of the family and the local community to the deceased. Although it is a funeral, the atmosphere is always happy. The Pelebon ceremony involves the whole family of the deceased and residents Ubud. This Pelebon ceremony began on October 24, 2013 and lasted until 1 November 2013, culminating in the cremation. 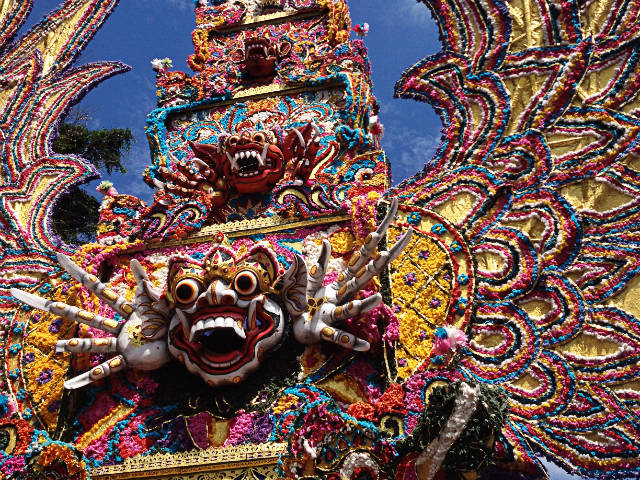 Even though I didn’t ask anyone about the cost of the whole ceremony, I am sure that this ceremony was really expensive. This was clear from the super tall Bade (cremation tower) and Lembu (bull statue) in Puri Agung Ubud. The Bade and Lembu were very pretty! Like, super pretty with lots of intricate details! Seeing the beautiful Bade and Lembu made me a little bit curious about the lady who died, Tjokorda Istri Sri Tjandrawati, the queen.

On the day when they marched the Bade and Lembu from Puri Ubud to the cremation spot, I can finally saw a picture of the lady who gained this much respect. Watching and trying to walk together with the Bade and Lembu after the sun has passed its zenith (12 noon) was a pretty hard job. I squeezed between all the tourists that were as curious as me and the locals who definitely didn’t want to miss this event. 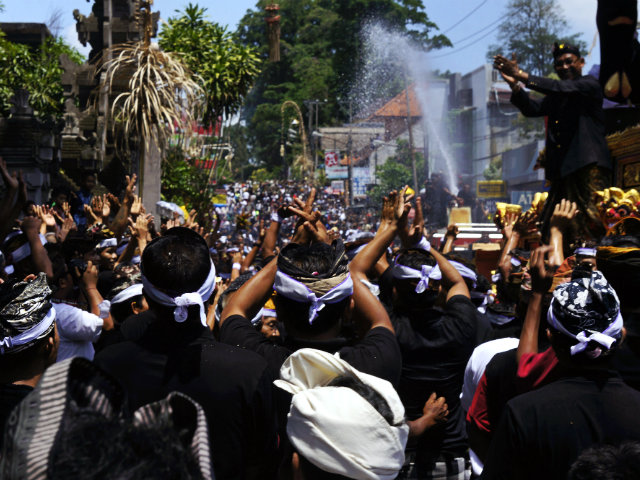 I saw some of old man with their white hair, who still did their best to try and participate. All of them seemed really proud to be a part of it. At the destination, the coffin was removed from the Bade and placed into the Lembu, it took forever and that was when I decided to give up and leave. It was a super hot day and I couldn’t take the heat anymore. I couldn’t imagine how hot it would be for all the royal family members, especially all the woman who were wearing kebayas and sarongs. 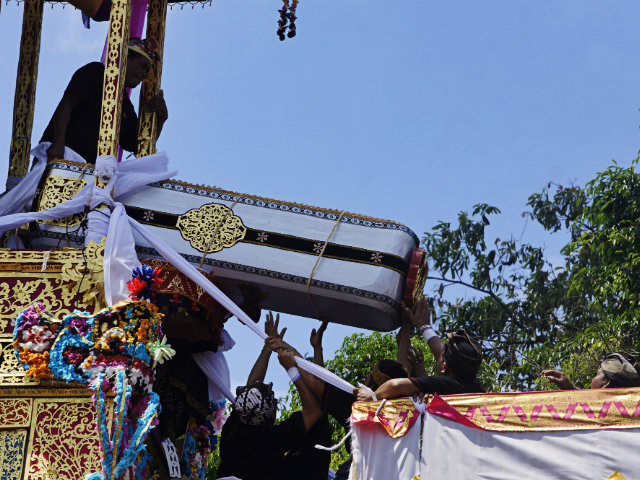 I will tell you another fact that is going to fascinate you. They even turned off and took down the electricity cables along Jalan Raya Ubud, so that the Bade tower could pass it. Yup! Some parts of the town did not have electricity during the ceremony.

Frankly speaking, I don’t understand that much about the meaning behind the cremation and all the ceremonies that were held, but I can see that the royal family maintains a really good relationship with the communities. It is almost as if the royal family has a very dedicated and reliable armies. There was a moment when I wanted to yell out “Spartaaaaa!!” ;D So much positive energy! Check out the short video I took while I was there. Hope you can feel the energy as much as I felt it that day!

Posted by Discover Your Indonesia on Wednesday, November 13, 2013 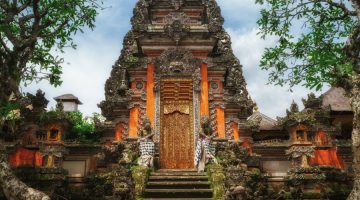