Pelindo 3: From The Green Port to The Fancy Passenger Terminal

At the end of April I was lucky enough to be invited by Pelindo 3 to join their blogger trip to Surabaya, East Java. Pelindo or PT Pelabuhan Indonesia (Persero) is a state-owned enterprise (BUMN) that runs the port services business as a port operator.

During our visit, we basically got to know Pelindo 3 better. I should say that I was really impressed by what I saw and experienced. Indonesia is truly a rich country with a lot of potential yet, yes sadly, with a lot of problems too.

It is not a secret that infrastructure is a huge problem for Indonesia. During the introduction of Pelindo 3 by Mr. Ahmad Nizar, VP Investor Relations and Corporate Governance of Pelindo 3, he stated one interesting fact; the cost of sending stuff from Surabaya to Hamburg, Germany, is cheaper than from Surabaya to Padang, Indonesia. With so many islands, Indonesia should really have good sea transportation. 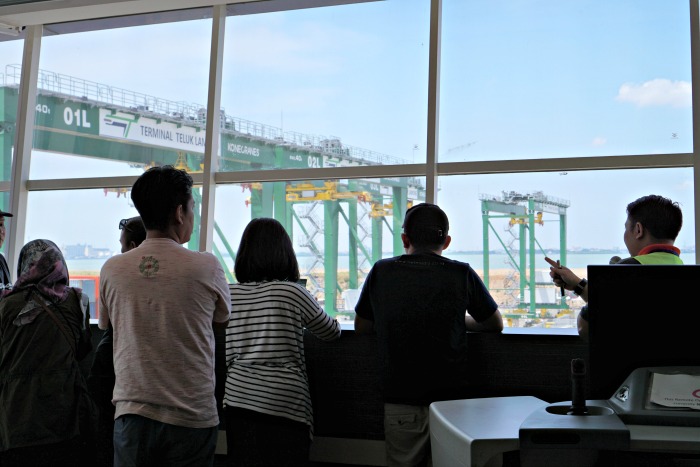 If you ever think that a port is nasty and dirty you should definitely read more about Teluk Lamong Terminal located in Gresik, East Java. You’ll be surprised like I was!

I was interested in Teluk Lamong because it is the first semi-automatic terminal in Indonesia. It aims to be one of the first green / environmental friendly ports. It plans to do this by implementing practices such as reduced carbon emission, using solar cells and not using fossil-based energy.

We visited the control room where almost all the activities, such as moving containers using the Automatic Stacking Crane and also the Ship to Shore Crane, are controlled. All the transaction on the terminal is automated, so we rarely saw any people around the terminal, which in a sense improves safety levels. Teluk Lamong Terminal aims to be one of the biggest dry bulk terminals in the world. 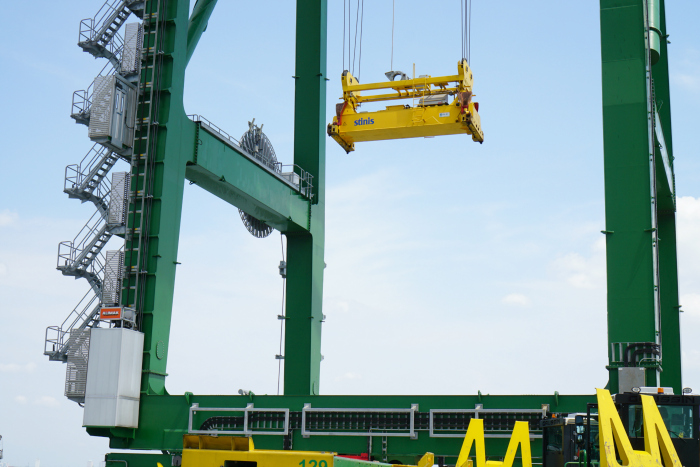 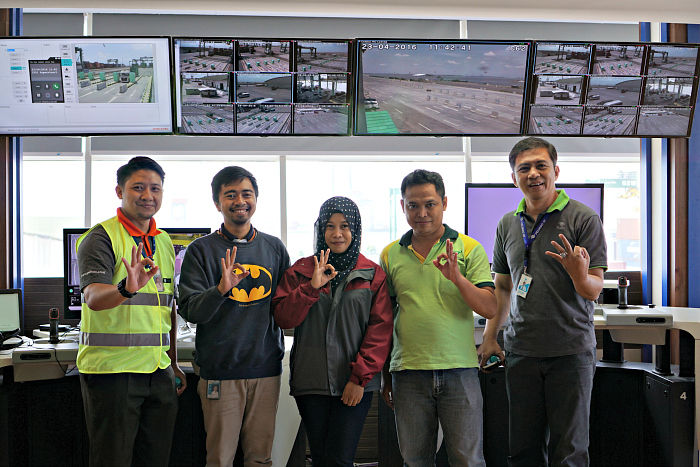 To visit Teluk Lamong Terminal you need a special permit, I’ll share two things that you can definitely experience by yourself. 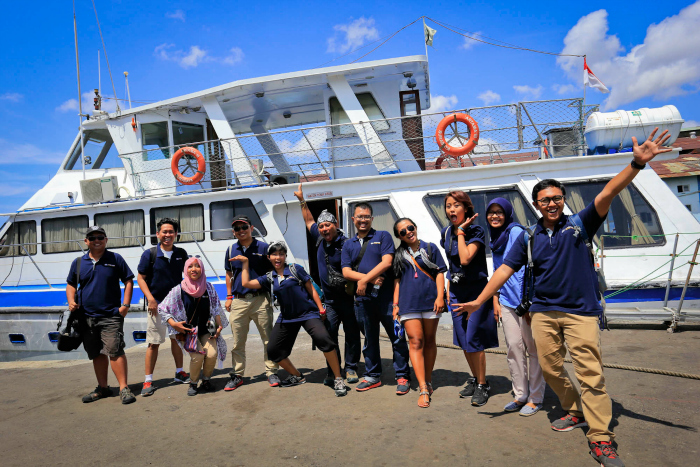 Who said that there is nothing to do in Surabaya in terms of tourism? Watch out, the ‘Things to do in Surabaya’ article is coming your way (hopefully soon). So here is one thing that you should consider doing when you are visiting Surabaya: Fun Tour with Artama III Harbour Cruise. You can do the cruise (with the regular package) every Sunday from 09:00 – 11:00 am. It costs Rp 120,000 per person. Secure your spot by doing an early booking. Check their official website: Fun Tour Artama III.

You’ll start the journey from Roro Terminal, Dermaga Pojok-Surabaya Veem. For two hours you’ll cruise around the Tanjung Perak area and visit several spots (enjoy from the water, yes, you won’t get out from the boat until the tour ends) such as: container terminal, Heritage Building ADPEL Tanjung Perak, Jalesveva Jayamahe Monument (a monument that reflects the proud heritage of Indonesia as a maritime nation), and also the Suramadu bridge (the bridge that connects Java mainland with Madura Island). 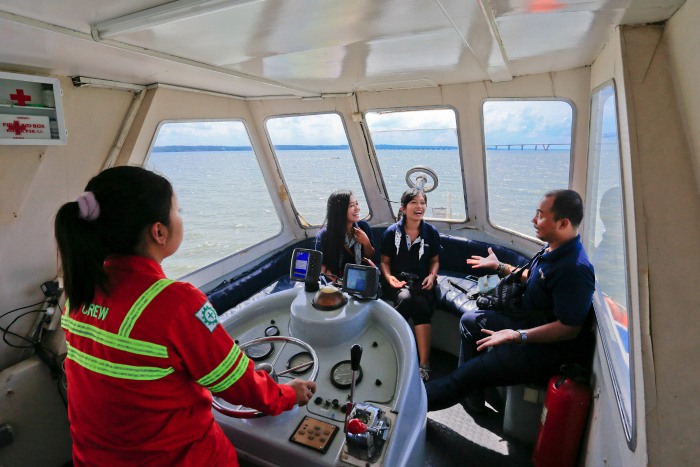 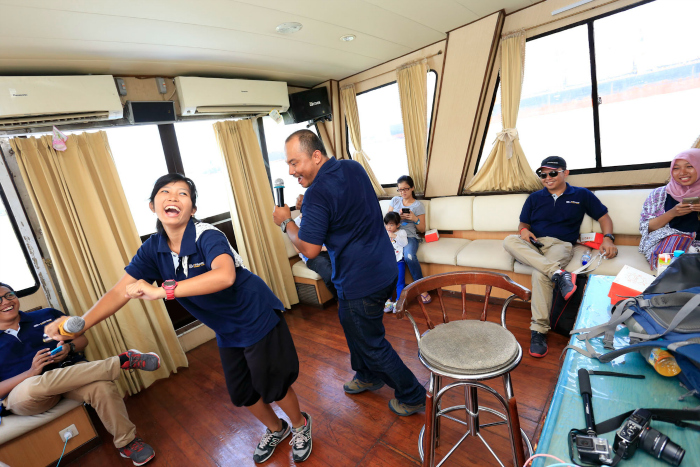 The tour was such a fun experience. You can either stay on the top deck, where you can get the fresh air. Be careful though because it can get very windy. Alternatively, you can stay in the VIP room, sit down there, enjoy the journey and listen to the explanation (broadcast from the loudspeaker) about several spots that you visit. It is also possible to visit the front part / pavilion of the boat, but you have to wear a life jacket. You can order food and drinks, and you can even do karaoke during the cruise. This is totally a fun thing to do with a bunch of friends. We shared so many laughs (and songs) during the trip. 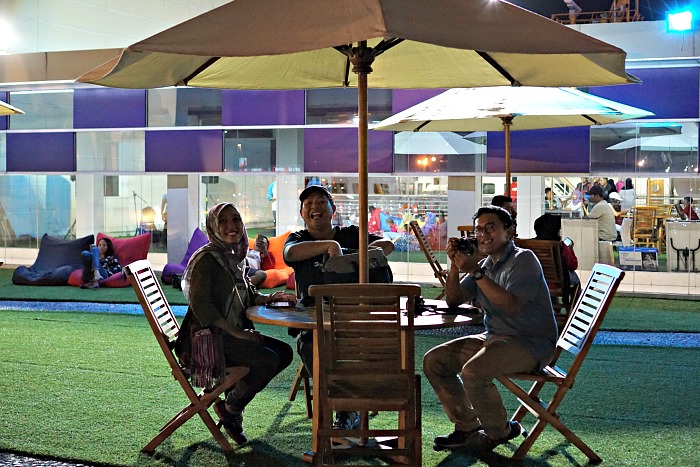 I can recall my own experience in Banda Neira when I went people watching at the port once a big ship was docked. It felt like watching a party; people walking around looking like they are celebrating something. While my people watching experience at Banda Neira port wasn’t anything close to fancy, visiting the Surabaya North Quay bring brought back the same memories, but with more sparks. 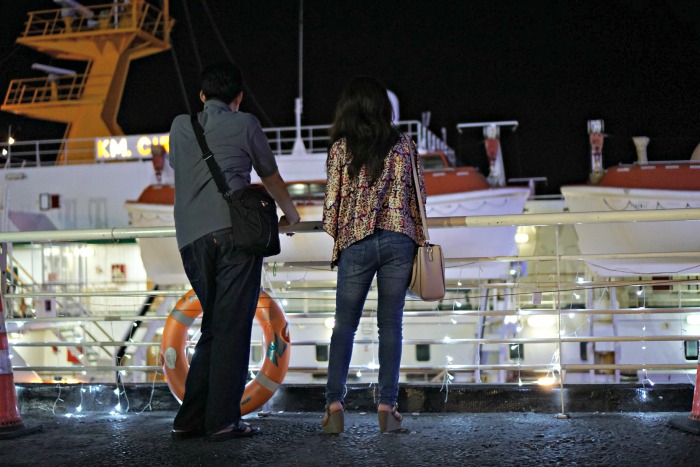 I should really tell you about Kampoeng Lawas Maspati, a village that we visited during the #Pelindo3 trip. I’ll write another piece about this since the experience was very memorable. After the trip with Pelindo 3, I guess Indonesia, my beloved country, is moving in the right direction with its infrastructure. Thank you Pelindo 3 for opening my eyes to the possibility of better sea transportation infrastructure for Indonesia.

*Some of the pictures by Hafidz Novalsyah-Pelindo 3.