Interview with Elok Dyah Messwati: Travel Stories and the Future of Backpacker Dunia

Elok Dyah Messwati is the author of Backpacking Hemat ke Australia. She is also the founder of ‘Backpacker Dunia’ group on Facebook, which has over than 13,000 member (and growing!). It is a group that actively shares information and travel tips between member about being an Indonesian Backpacker and travelling around the world. Elok, who has been working for a national newspaper for years share some of her travel stories and talks about the future of Backpacker Dunia. 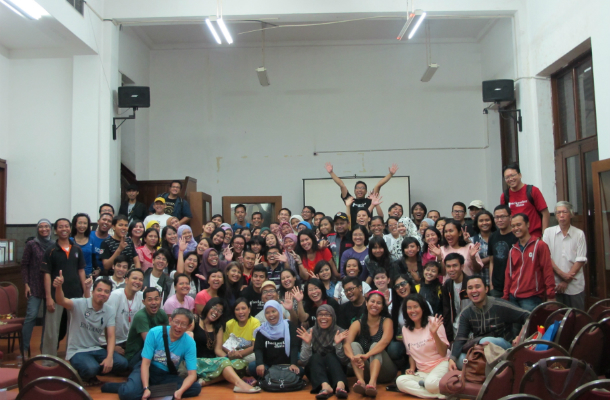 You published your first book, ‘Backpacking Hemat ke Australia’ independently. How difficult was this to do and what advise would you give to people who want to follow in your footsteps?
I found it hard to get a book published independently, because it was difficult to get the money to get the book printed. Nowadays things have changed and there are a lot of places and services that can help out people who want to publish a book independently, for instance there are businesses offering services like print on demand. Since publishing my book I have helped a lot of my friends who have published independently as well. If anyone wants to know more about publishing independently, I’m happy to help and give people a step by step guide on how to do it. 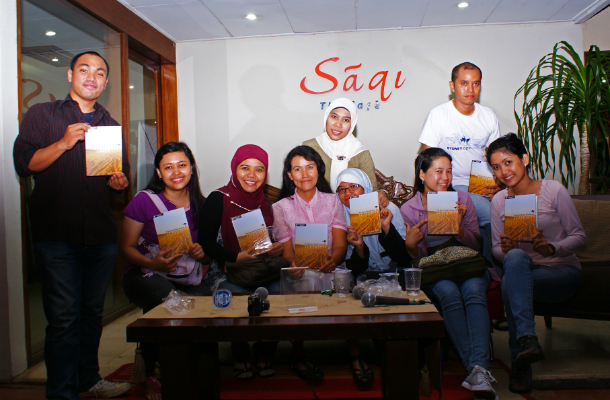 Obviously one of the ways that you promoted your book was through social media. You’ve managed to gain a huge Internet following. What advice can you give on being successful on the Internet?
At the beginning I made this Backpacker Dunia group to promote my book, “Backpacking Hemat ke Australia.” The reason I used Facebook was because I only had a very small budget to promote my book. As the group developed I found the conversations and the discussions among the member was not only about “Backpacking Hemat ke Australia,” but peope also started talking about backpacking and travel, which was really great. 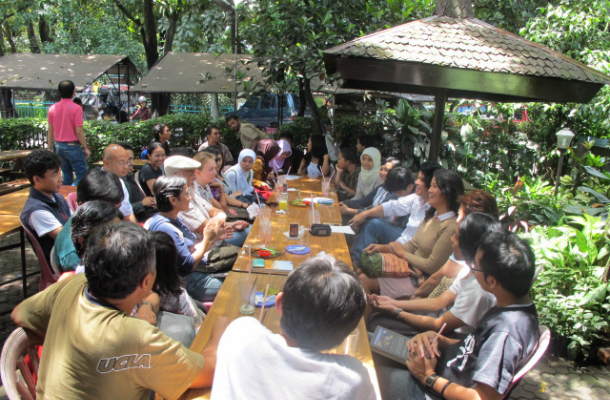 Eventually I decided to make another facebook group for the promotion of the book, which is called “Travel Book Lovers.” I still continuously and diligently promote “Backpacking Hemat ke Australia” through this group and well as other social media. Through this promotion work on Facebook for example, a lot of my friends end up buying the book directly from me. Meanwhile some people buy the book from the bookstore.

I’ve been a member of ‘Backpacker Dunia’ for a couple of years and have found it to be an amazingly useful resource for travelling. Did you ever think it would get this popular?
What do you mean is this popular? I just hope that the Backpacker Dunia group can be a useful source of information for everyone, not just a popular group. When I changed the concept of this group to a facility for information exchange, I really hoped that it would help Indonesians wanting to go on an overseas trip by themselves. I also hope more Indonesian people have confidence to take overseas trips by themselves, because of the information they have found on Backpacker Dunia and not just take the easy option of going on an organised tour. 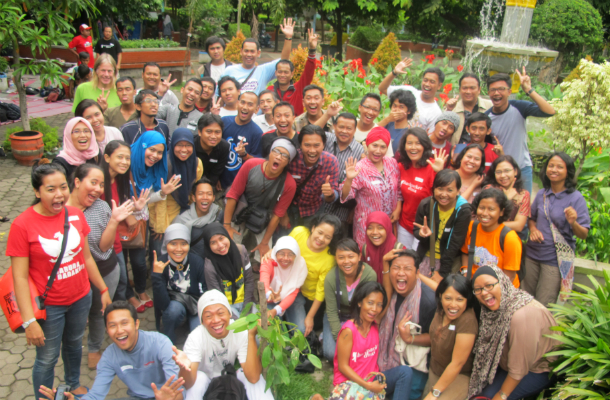 Is there a direction that you would like to take ‘Backpacker Dun’ in the future?
Definitely, but there are so many things to consider. At least for now this group can be something like a ‘home’, where people who have just come back from an overseas trip can share their experiences and people who are thinking about going overseas can find helpful information. 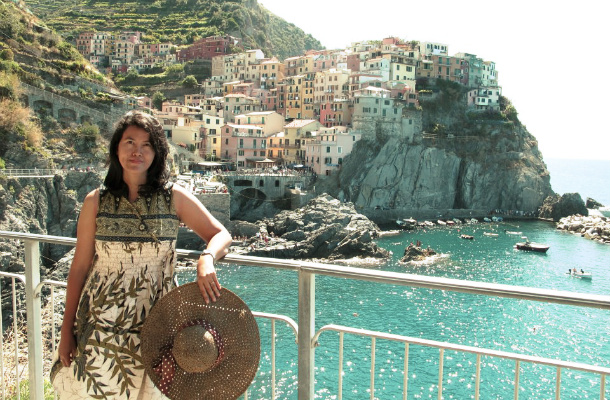 I really like your concept that a backpacker can be the best promotor for their own country. Have you ever made a foreigner really addicted to travelling in Indonesia?
For sure, each backpacker should be a promotor for their own country. A lot of Backpacker Dunia’s members, everytime they have a chance to make an overseas trip, they also promote Indonesia. Every time I travel ans use websites like couchsurfing in Europe or Australia, I always gave my hosts Indonesian souvenirs. 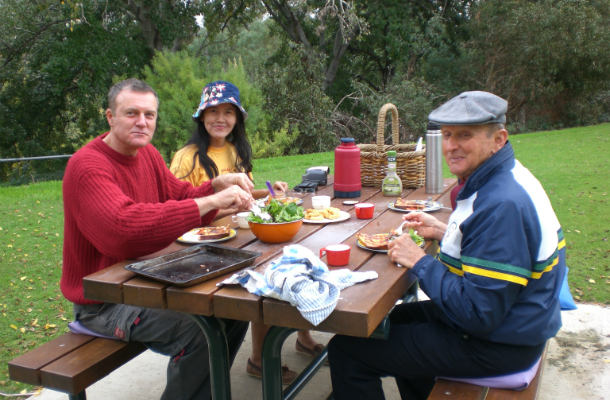 As for making a foreigner addicted to travel to Indonesia.. Haha.. Yes there is one person I can think of, a Swiss CouchSurfing member who stayed over night at my place. One year later this person decided to come back to Indonesia to become a volunteer English teacher, just because she had really fallen in love with Indonesia and especially the Indonesian kids. 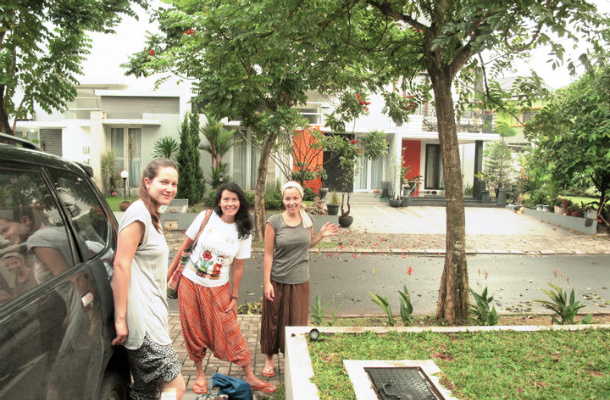 There are lots of online travel resources and Indonesian blogs on the Internet. Do you have you got any favorite resources or blogs you enjoy reading?
Blogs? No. I don’t really have time to read blogs. For travel resource I usually use trusted webistes such as Lonely Planet.

Changing the subject a bit to focus on your travel experiences. You said in one of interview that language is not a barrier for someone to travel outside their own country. What’s the funniest experience you’ve had when trying to communicate with someone in a foreign language and have you got into any situation where people just didn’t understand what you were trying to say or thought you were trying to say something completely different?
Right, language definitely shouldn’t be a barrier when you are backpacking. You can learn a language, for example: you can learn a tiny bit of English, like very basic conversation so people can understand what you want or what you are looking for.

I actually had a very funny experience with this when I was hosted by a couchsurfer in Riga, Latvia, in October 2010. Unfortunately my host could not speak much English. She only spoke Latvian and Russia. Staying over at her place became an unforgettable experience. She would open a Latvian – English dictionary to show the word in Latvian, so I can read the translation in English. It was very challenging, but we learnt to understand each other. I managed to buy ice cream, Latvian beer and scramble egg like this without any language problems. 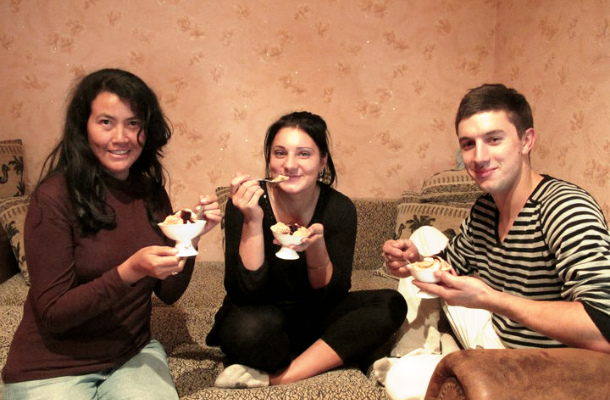 I read that you have traveled to over 40 countries, which is a huge amount. From all of the places that you’ve visited, can you tell me what your favorite destination and why you picked this?
This is a tough question. From all the countries that I have ever been visited, there are some that I found really interesting. If I really had to pick I would choose Santorini in Greece. If you visit the place you can see that they really appreciate and take care of the ancient monuments. There is Ancient Thira, which are old ruins from the past, but are still being taking care of very nicely.

For those of you who don’t know, Santorini is an island. In some places it doesn’t have a beach, but only cliffs. Over hundreds, maybe even thousands of years, people have built houses, restaurants, hotels on the cliffs like rice terraces. This is the reason Santorini became a magnet for tourists. Indonesia could really learn from this, because you can see even if an island does not really have anything to sell, it can still become a very interesting tourism attraction. 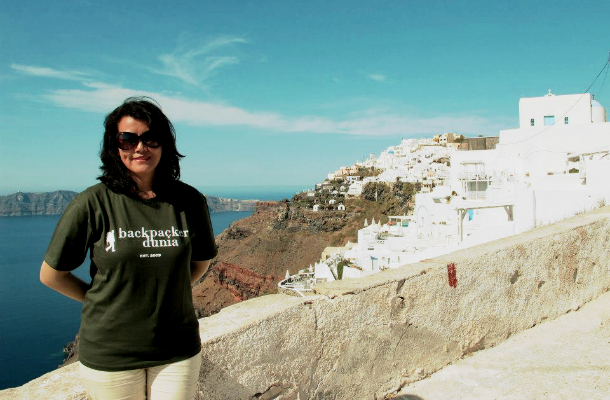 Do you have any tips about travelling alone? What you find it hard about travelling alone?
Before I get married, I often traveling by myself and I was doing fine. My tips are:
– Always be aware
– Do not dress up or make yourself up too much, because it might make bad people try to do something bad to you.
– Find all the information that you need before you go
– Copy all your travel documents and email them to yourself
– Have the address of the Indonesian embassy and or consulate’s address for the countries that you will be traveling in, just in case happen something 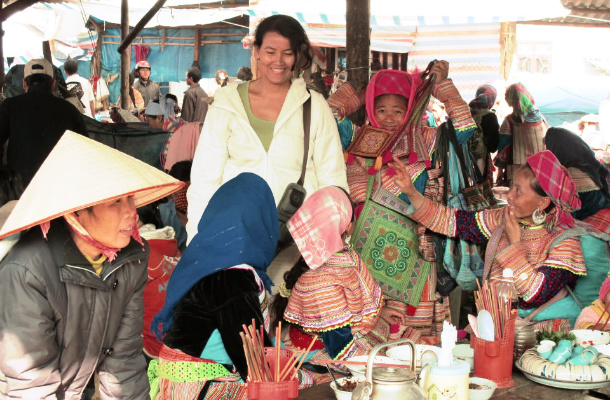 Can you tell me about the three craziest experiences you ever had travelling?
Wow three craziest thing? Crazy is hard to measure. What I think is crazy, might not be crazy enough for somebody else. Hahaha..

What are five of the most important lessons that you’ve learnt from travelling?
Gain more self confidence, broaden your knowledge, become more open minded, have greater respect for the differences between people (religions, languages, skin colors, cultures, etc), get more friends from all over the world. 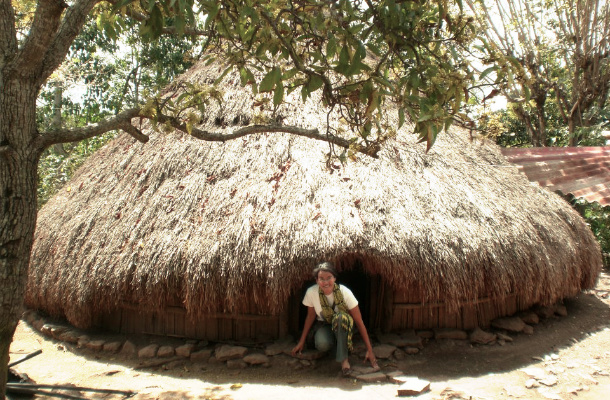 Did you travel much within Indonesia before you first traveled abroad? What would be your top five travel destinations in Indonesia?
Yes. I can’t do this, because all the place in Indonesia have amazing tourism potential. Well if you insist, I will choose these five places, but they are not in any order:
– Papua
– Maluku
– NTT & NTB
– Kalimantan
– Sulawesi
– Jawa
– Sumatera
To be more specific about why I chose these places. For example in Kalimantan, you can watch Tiwah ceremony, which is held in the middle of the jungles near the center Kalimantan. This is a tradition where locals from the Dayak Ngaju group clean the graves of their ancestors. I once stayed in a village on the side of Kahayan river just to see this ceremony. Or in Bali, I really enjoy my visit to a Moslem society in Buleleng. This become really interesting because Balinese people are mostly Hindus.

Previous post How to do Online Indonesian Passport Application