Climbing Inerie in Flores: Should You Go?

“Congratulations! Oh and you are the first girl to reach the summit” a friendly stranger greeted me and shook my hand. “Well the first for today, at least” he added and winked.

There were four foreign guys, the two guides and I that morning on the peak of Inerie enjoying the sun as it rose over the horizon. We had a light conversation, enjoyed our packed breakfast and just took in the view. I sat down facing away from the sunrise, drowning in the beauty of the scene in front of me. Inerie Volcano is the highest volcano in Flores and has been on my to-climb list for a while.

From where I sat I could see the shadow of the volcano, a perfect pyramid, stretching out over the land below me. In the distance, I could see the Savu Sea. Glancing in the other direction there was Ebulobo volcano rising 2,124 meters above the sea level (just around 100 meters shorter compared to Inerie). 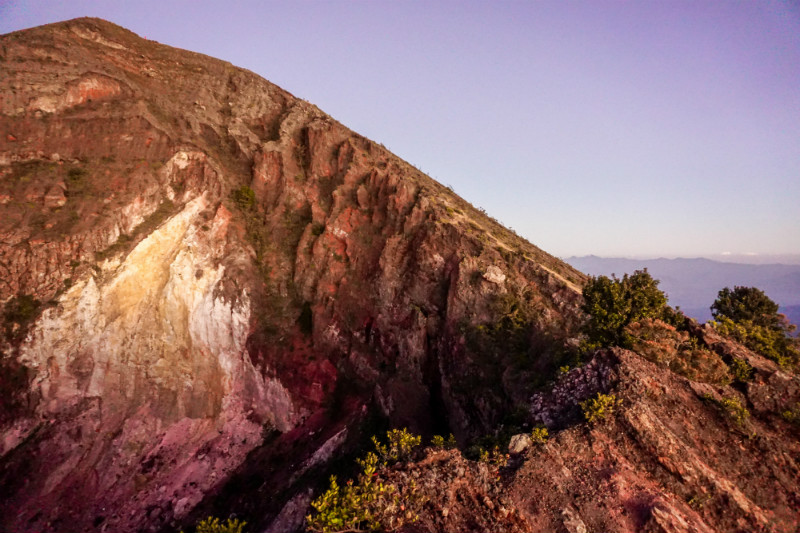 After some time a single trekker with his guide joined us on the summit. There were nine of us in total that morning on the summit of Inerie Volcano. It is great sometimes to not share a beautiful moment with a lot of tourists, right?

If you enjoy hiking you should not miss out on climbing Inerie Volcano. It’s a nice off the beaten path activity that many travellers to Flores miss out on. Climbing Inerie isn’t as tough as I imagined, but it was a bit difficult. It’s not a long climb either.

If you are staying near to the volcano (most tourists stay in Bajawa town center), you will most likely need to depart around 2:30 am from your hotel to reach the base of the volcano. The base is 1,100 meters above the sea level. 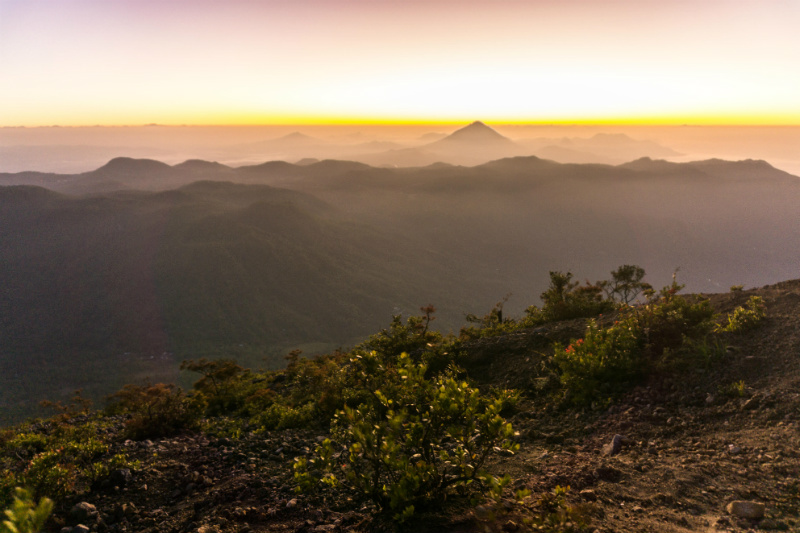 We took the climb easy and managed to arrive at the ‘first peak’ before sunrise, which was about 5:30 am (it’s like a 2.5-hour climb). Lucky me that my climbing partner that day agreed to take it easy too. We stopped 2-3 times before the first peak to catch our breath (well.. it is more me catch my breath). Then from the ‘first peak’ it was another 25-30 minutes to reach the real summit (2,245 meters above the sea level).

The path up the volcano is a bit slippery with lots of small volcanic rocks. At several points I found it a challenging climb, because it was just too steep. There was not much vegetation along the route, mostly grass.

While 2:30 in the morning is early, I’d recommend doing the sunrise trek to the peak of Inerie. It’s a lot cooler at this time of night, which means you don’t get too hot during the climb. I couldn’t imagine climbing the volcano during the scorching heat of the day without any shade. We did meet 2 trekkers who started their hike up Inerie when we were trekking down. 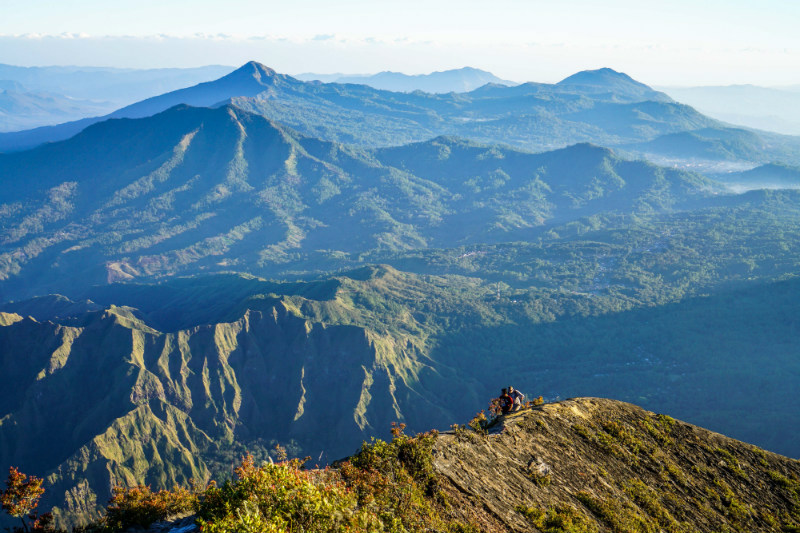 The journey down back to the base of the volcano was another level of difficulty though. The first major problem was the trek down from the summit. Just 5-10 minutes after we left the summit the wind was blowing like crazy. I struggled to keep my balance; I nearly crawled and kept myself as close to the ground as possible. Believe me that if (just if) you slip it won’t end well! The path has steep ravines on either side.

As we got lower down the slope the wind stopped being a problem. Instead we had to deal with the super steep track. Of course with the loose pebble path there wasn’t any firm footing. I never slipped as much as I did descending Inerie. I lost count really. I probably slipped more than 10 times on the way down the volcano.

You should know that the paths up Inerie and down the volcano are different. We spent a large amount of the journey going down the volcano by sliding over small reddish volcanic rocks. “Skiing time! And is a great way to damage your shoes” my guide said.

It took us 90 minutes to 2 hours to descent the volcano. We got back to the hotel at around 10 am. My legs were sore, but I enjoyed the climb. Inerie was so pretty and the companion during the climb was so lovely. 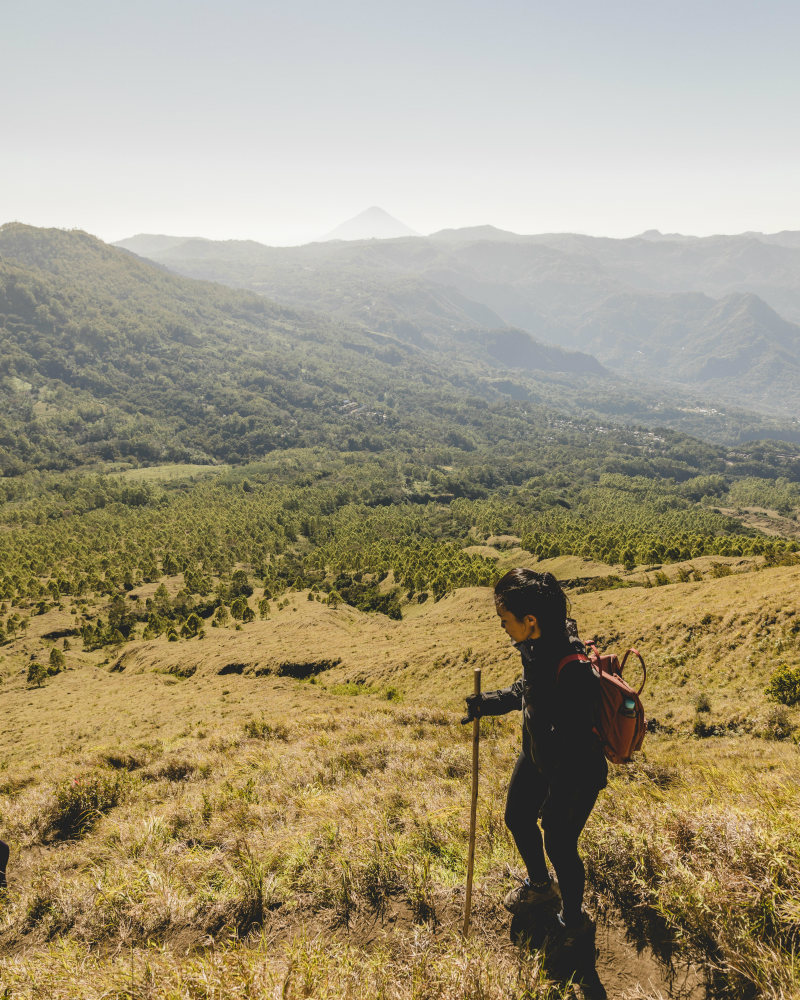 I arranged the climb through our hotel in Bajawa and it was pretty straightforward. They basically prepared the guide and the packed breakfast. They assume that you will handle transport to the volcano, as well as buy water and snack/energy bars for the climb.

Climbing Inerie Volcano was one of the highlights of my journey in Flores (I went for Komodo National Park sailing trip, to Waerebo, Dintor, Ruteng, Bajawa, Riung and Kelimutu on this trip). I plan to write more stories about the trip!

If you have been thinking to climb Inerie, you should do it. If you are travelling through Flores and want to be active during your holiday, climbing Inerie will be a great addition to your itinerary. Just be prepared to fall over and get a bit dirty. 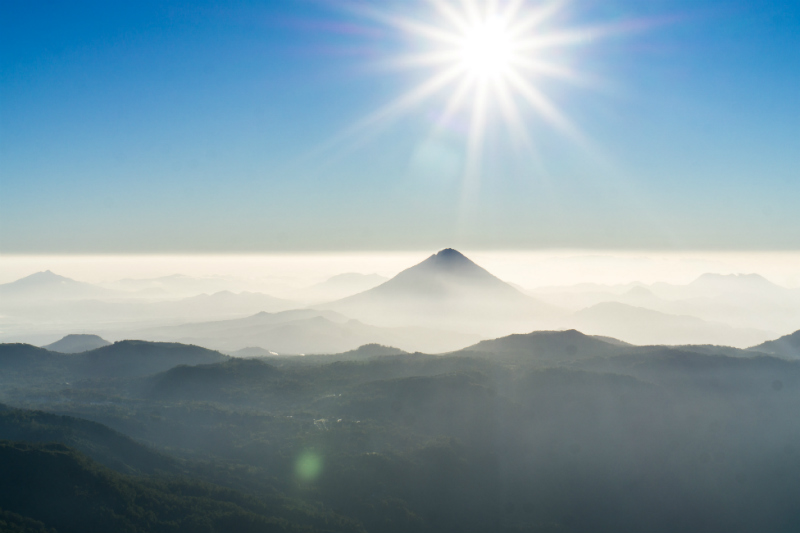 Have you climbed Inerie before? How was your experience? Share your thoughts with other travellers in the comments below.

Previous post A Short But Memorable Visit to Lake Toba