The Baliem Valley: Trekking in the Wilds of Papua

Papua is Indonesia’s final frontier. The province sits on the island of New Guinea, which Indonesia shares with Papua New Guinea. Wild and undeveloped, this is the furthest east that Indonesia gets, and it feels like another world from the developed cities of Java and tourist hotspots like Bali. Much of it is covered in thick jungle, and the whole island is home to fascinating tribal culture. There’s nowhere better to experience the wild beauty of Papua than the Baliem Valley. 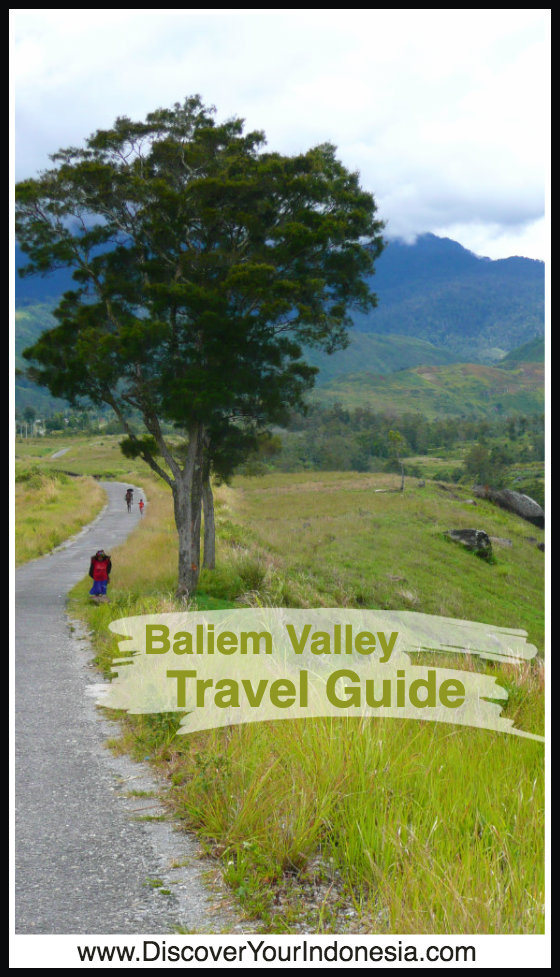 Baliem is also known as the Grand Valley, and it’s not difficult to see why. It’s around 80 kilometres long and 20 kilometres wide, and sits at an elevation of over 1,600 metres – New Guinea is the highest tropical island in the world. In fact, its mountainous terrain is exactly what makes it so unique.

Hidden from the outside world, tribal cultures grew in isolation here, and those of the Baliem Valley are no exception. Its existence was not even known to the outside world until 1938, when the American zoologist Richard Archbold embarked on a series of biological expeditions to the island. The Baliem Valley was so remote, it was only spotted by a plane flying over on a reconnaissance flight.

Getting to the Baliem Valley

Being so remote, the Baliem Valley takes a bit of effort to get to. The only realistic way to get there is to fly to Wamena, the main settlement in the area. Before you can do that, you will have to get to Jayapura, the capital of Papua. Jayapura is well connected to major cities across Indonesia. It flies to Jakarta, Makassar and Surabaya, to name just a few. The flight from Jayapura to Wamena takes around 40 minutes and is easy to arrange from Jayapura. 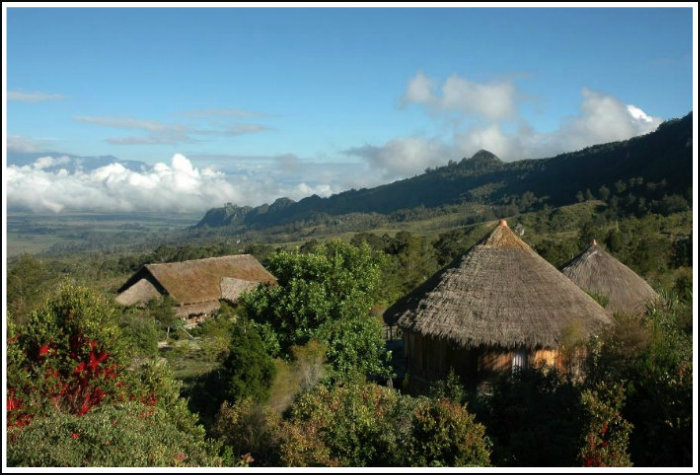 Where to Stay in Wamena

Unsurprisingly there aren’t very many choices for places to stay in Wamena. Most accommodation hotels in town are budget and are more suited to backpackers than luxury travellers. They’re also quite expensive for what they offer. Another thing to keep in mind is that you will need to register with the police when you arrive in Wamena as Papua is a special district of Indonesia. 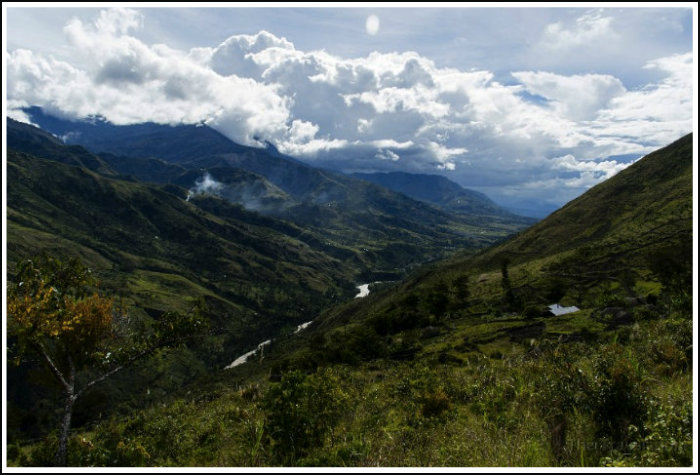 Activities in the Baliem Valley

The majority of visitors who come to this part of the world do so in order to trek through the beautiful mountain scenery, visiting traditional villages on the way. It is possible to do some of this independently, but the experience is significantly better with a guide. You should be wary of the guides who will swarm over you as soon as you step off the plane at Wamena. While many of the guides are perfectly competent and honest, it is impossible to know.

The people who meet you at the airport can be very annoying and many continue accosting you until you agree to something. For these reasons, it is much better to arrange a guide in advance, either by recommendation or through a reputable company. A long-standing company with a good reputation is Putra Papua, who arrange a wide variety of tours in the Baliem Valley.

Hiking in the Baliem Valley

Your tour will include hikes through beautiful unspoilt countryside, often lasting for several hours at a time. The region is characterised by soaring hills covered in thick jungle, and winding mountain paths. The region’s rugged nature means that some trails are only suitable for people of a certain level of fitness and mobility. However, there is a wide range of options and your guide or tour operator will help you plan a trip which is suitable for you. Along the way, you will stop and spend the night in the traditional villages which dot the countryside. 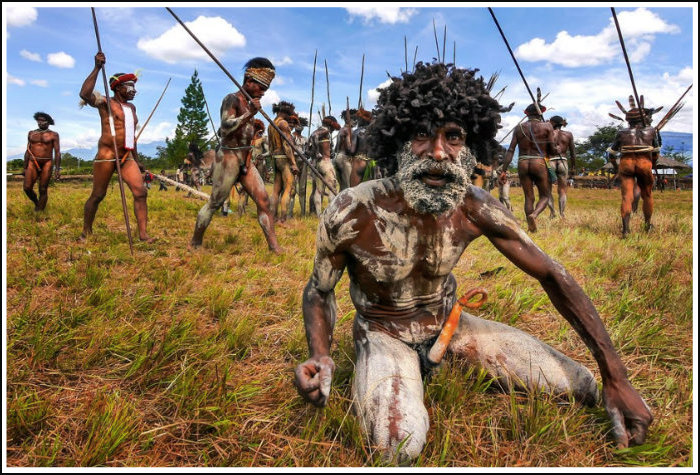 The indigenous population of the Baliem Valley are known as the Dani people. They had no contact with the outside world until the early 20th century, and at that point there lives had changed little since the Stone Age. They have a fascinating culture based on bartering and exchange, specifically of sweet potatoes.

Villages are ruled by local ‘big men’, and exist in a constant state of war with rival villages. Even here, modernity has begun to have an effect, but apart from the odd mobile phone you will often feel like you have stepped back in time. Despite the encroachment of modernity on their culture, local people in the Baliem Valley are generally very accommodation to visitors.

A highlight for many visitors to the Baliem Valley is the chance to experience a traditional Dani pig feast. First a flamboyant mock battle will be staged, representing traditional tribal village warfare. A freshly caught wild pig is cooked in a traditional style, slowly and over hot stones, with sweet potato and other vegetables, for several hours, making it deliciously tender. The highlight, of course, is getting to eat it afterwards – just the thing after a tiring day’s hiking.

Tours vary, but most of them will last several days and will see you visiting several villages. Sometimes you will camp in tents, and sometimes you will be able to spend the night in the villages. This is the best way to experience the Dani tribal culture up close. 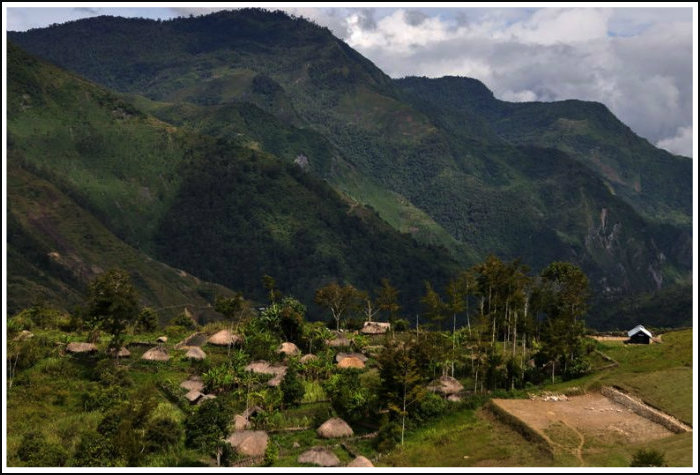 Trekking in the Baliem Valley is a truly unforgettable experience. While this part of the world is wild and remote, Baliem is the most accessible part. It is surprisingly easy to get there and to book tours, considering the people here had no contact with the outside world at all until around one hundred years ago.

This is what makes this part of the world so fascinating, and the local Dani people have a fascinating tribal culture which has remained largely unchanged for thousands of years. During trekking tours you will visit Dani villages and hike through the beautiful mountains and jungle of the Baliem Valley.

Have you ever been to the Baliem Valley? Do you have any suggestions other than those mentioned above? Please let us know in the comments below.

Next post Ubud One Day Temple and Waterfall Tour 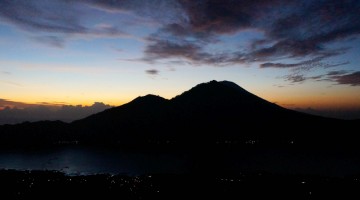