Of Indonesia’s major islands, Sumba is perhaps the most mysterious. One of the Lesser Sunda Islands, Sumba lies to the south of Sumbawa and Flores. It’s bigger than both Bali and Lombok but visited by far fewer tourists. Many of those who do come are surfers in search of the island’s world-class breaks at Lakey Peak and Scar Reef, among others. 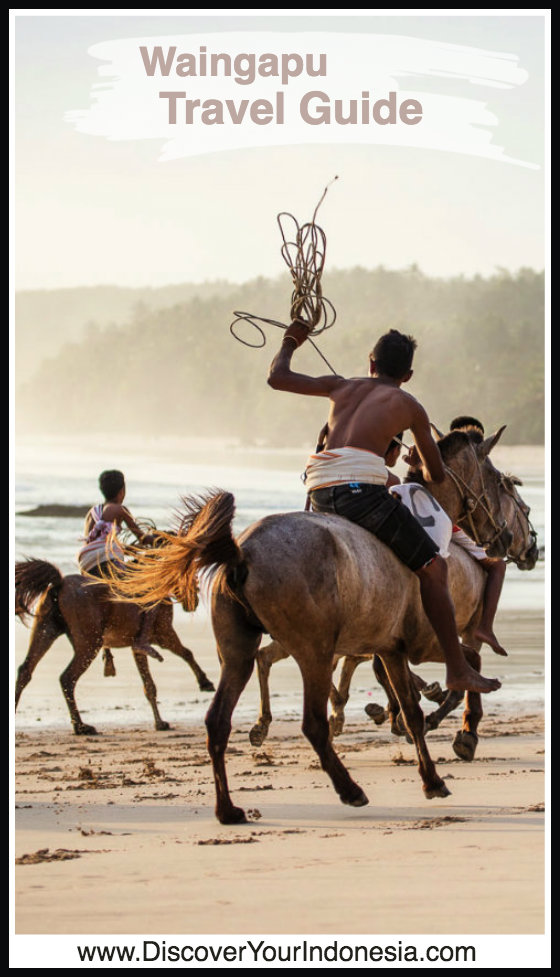 Waingapu is Sumba’s capital, but don’t let that fool you into thinking it’s a modern metropolis. There isn’t a great deal of amenities for tourists, and if you can’t live without your creature comforts you may be better off elsewhere. It’s a charming town, though, quiet and leafy, and the starting point for most adventures on Sumba.

How to Get to Waingapu

Waingapu has a small airport which is serviced by regular flights to Denpasar on Bali and Kupang on Timor. This makes it easy to reach for international visitors, who can fly to Bali and then jump straight on to a connecting flight. The flight to/from Denpasar takes around 90 minutes, and to/from Kupang takes around an hour.

Visitors planning to fly out of Waingapu should be prepared for delays. It’s a tiny airport and it’s not uncommon for flights to be delayed or cancelled without notice or explanation. Therefore, it’s unwise to book connecting flights with a tight timeframe. I had to wait outside the airport for hours because they were not able to open the terminal to let passengers in. My flight was eventually delayed by several hours and I ended up missing a connection in Denpasar.

Taking a Ferry to Waingapu

Waingapu is pretty well connected to Flores and Sumbawa by ferry, but is a little lacking when it comes to other destinations in Indonesia. Ferries to Ende on Flores and Sape on Sumbawa each run roughly fortnightly, taking around 10 hours and 14 hours respectively. The ferry to Denpasar leaves around once a month but takes a whopping 38 hours to get there. Given how cheap flights are in Indonesia, there is really little point in taking this option. Ferries also leave weekly for Aimere on Flores, taking around 9 hours.

As always with Indonesian ferries, schedules seem to change constantly. The best way to keep on top of them is to keep an eye on the Pelni and ASDP websites or head to the Pelni office near Waingapu’s old harbour.

Getting to Waingapu by Bus

Sumba is easy to traverse by bus, and the roads are in decent condition. Buses between Waingapu and Waikabubak, the other main town on Sumba, run regularly throughout the day, taking around 4.5 hours. 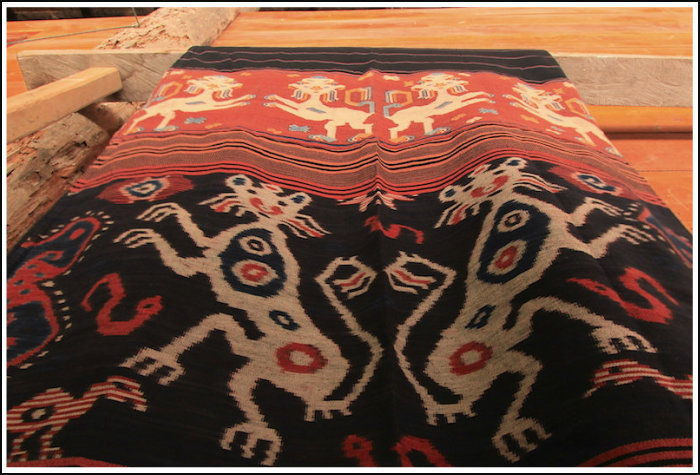 Sumba is renowned as the home of the finest ikat fabric in Indonesia. Ikat is a type of intricately woven, colourful fabric depicting beautiful scenes of animals and mythology. One of the first things you’ll notice about Sumba, alongside the bright red betel nut stains all over the ground, is the traditional wearing of ikat, wrapped around people’s heads and waists. The finest pieces are highly sought after, and can change money for sums equivalent to thousands of US dollars.

The village of Prailu, a short walk from Waingapu’s market, is one of the most famous ikat weaving villages. It’s a great place to see the weaving process up close and the incredible skill of the weavers. Even cheap pieces of ikat can be very beautiful and make for a fantastic gift or souvenir. 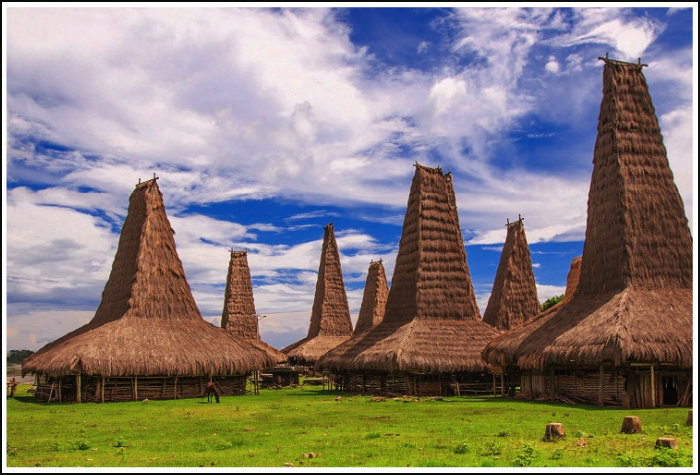 Sumba is far less developed than more often-visited Indonesian islands like Java, Bali and Lombok. While that can present challenges for tourists, it also means that the island’s traditional culture is more visible than elsewhere. The best way to experience it is with a visit to the traditional villages which surround Waingapu.

At Prailang you will be made to feel like a Sumbanese from the off when you’re asked to wear traditional ikat in order to enter the village. You have to pay for this privilege, but it’s an experience and makes for a good photo opportunity. Prailang, like other traditional Sumbanese villages, has a unique architectural style. The houses are low and built from wood, with huge thatched roofs, reaching almost to the ground, which resemble Puritans’ hats. A daily bus from Waingapu passes near Prailang, or you can rent a motorbike. 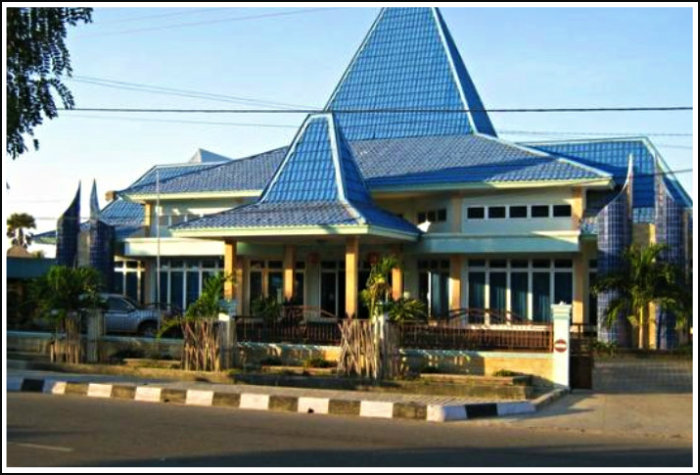 Where to Stay in Waingapu

Waingapu is not visited by many tourists, which of course is part of its appeal. However, it also means that its accommodation options are somewhat thin on the ground. There isn’t a great range of options, with most of the hotels being budget guesthouses. That’s good news for backpackers, but less so for those used to the finer things in life. Here’s a selection of places to stay in Waingapu.

The best option is Hotel Tanto, a newly built property close to the centre of town. Like Waingapu’s other mid-range options, it largely caters to business travellers. Rooms aren’t bursting with character, but they are clean and pleasant enough. The same goes for Sacca Residence & Resto, which is a little further out of town but has a decent restaurant attached.

For budget travellers, there are a few options in town. Hotel Merlyn and Hotel Sandlewood, next to each other on Jl Dil Panjaitan, are good places to start. Merlyn is better, a traditional hotel with large rooms, but is the more expensive of the two. 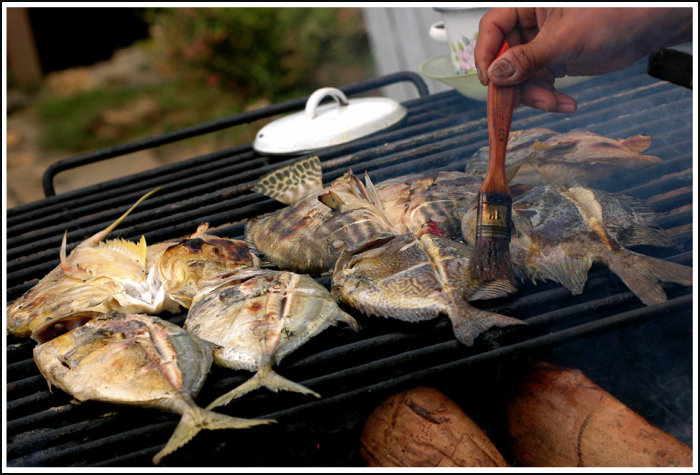 As with the hotels, there isn’t a great deal of restaurants aimed at tourists in Waingapu. There are warungs all over the place though, some of which are very good. Rumah Makan Jawa, as the name suggests, is a Javanese restaurant, which serves delicious fried chicken. It’s on Jl Ahmad Yani, the main road running through town. Round the corner from here is Mr Café, the nearest thing you’ll find to a Western-style restaurant. It serves decent coffee and a range of Indonesian and international dishes, and is a nice air conditioned space to retreat from the heat of the city.

Waingapu is the gateway to Sumba, and the island’s largest town. However, it’s not a shiny modern city, and like the rest of the island is relatively undeveloped. It’s a great base for exploring the traditional villages and unique architecture for which Sumba is famous.

Have you been to Waingapu? Let us know your recommendations for what to do, where to go and where to eat in the comments below.

Next post How to Find the Best Indonesia Travel Insurance

Previous post 15 Luxurious and Indulgent Things to do in Seminyak 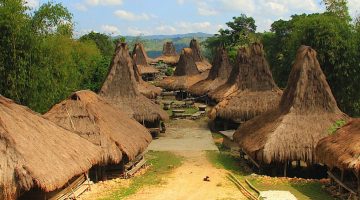 Discovering the Beauty of Sumba Island 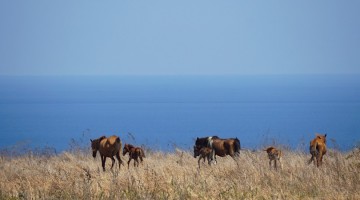