“Ayuk lagi apo?”
A boy asked me what I was doing around his neighborhood. Ayuk is Palembang for “sister” and lagi apo means “what are you doing”.

Maliki greeted me as I wondered around Al Munawar. Maliki and three of his friends were playing around the village. Two of them was busy with his yoyo. 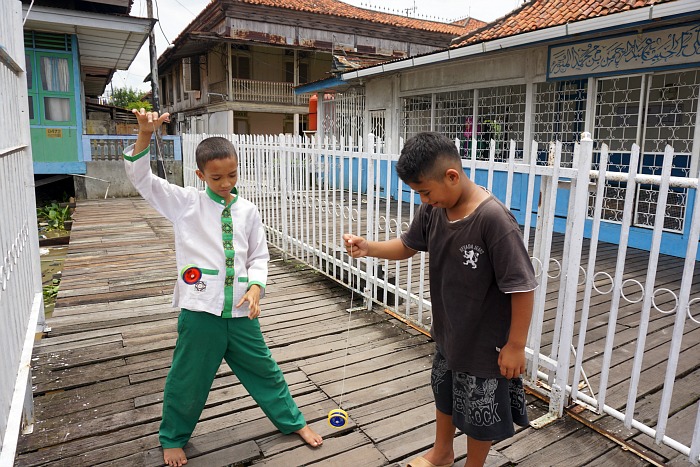 Al Munawar is one of the oldest Arabic villages in Palembang and is located in 13 Ulu Area. Walking through the area felt like walking taking a step back in time. The houses looked vintage and the ambiance of the village was serene.

These 4 boys did not have any gadgets. Something that is extremely rare in large cities (Palembang is one of the major cities in Sumatra). I asked them, what do you usually do here? What games do you play?

As we talked I learnt that two of the children came from Al Munawar village and the other two came from a village nearby. They said that they were in elementary school, 5th and 6th grade. I saw the school when I entered the village. The name of the school is Al Kautsar (Madrasah Ibtidaiyah Al-Kautsar). This Madrasah is equivalent to an elementary school. The school has a holiday on Friday instead of Sunday. A sign of very strong Arab influence. 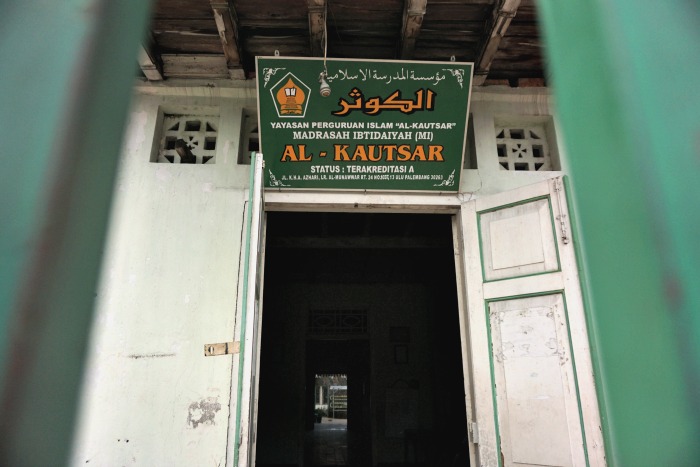 We talked for around 15 minutes. When Yuki, one of my travel mates joined me I told them that Yuki was from Japan (Yuki is Indonesian, but looks slightly Japanese), but she can speak Indonesian.

They were being very enthusiast trying to speak to Yuki. “Can Yuki speak English?” one of them asked in Indonesian. Yuki can speak English.

“Alright, I want to speak English with Yuki” he replied in Indonesian. Ok, let’s talk in English, you start first, I said.

He looked super excited and tried to figure out what he should say first. After around 1 minute smiling, giggling and opening-his-mouth-but-no-words-came-out. He finally said: “I miss you”.

We all burst out laughing. 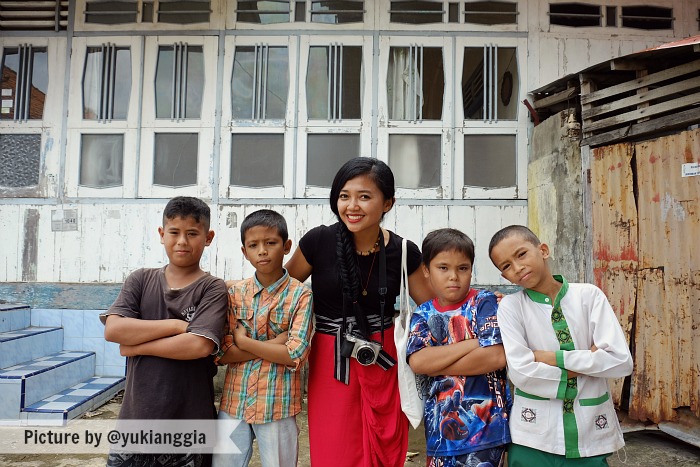 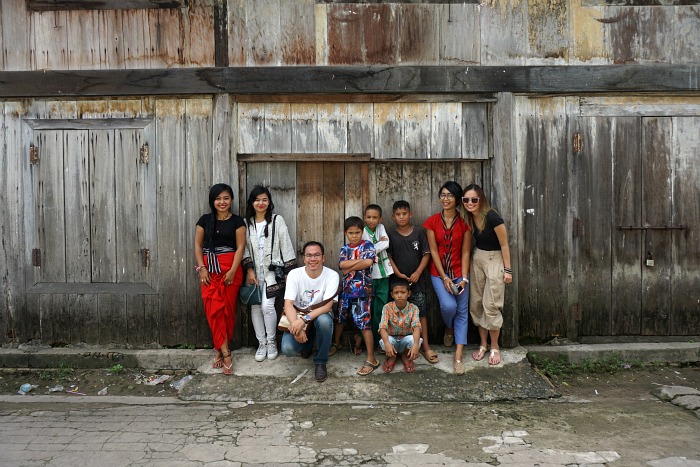 We really enjoyed strolling through the Al Munawar village accompanied by the 4 boys. We laughed and talked about random things. Once in a while they pointed and explained something about the surroundings. At one point we stopped near “Rumah Tinggi”. The kids told us that the house was more than 300 years old. The two storey house looked old, but it was still standing strong.

There were about 30 families living in Al Munawar. Many of the two storey houses are like flats. With one family living downstairs and the other family living upstairs. 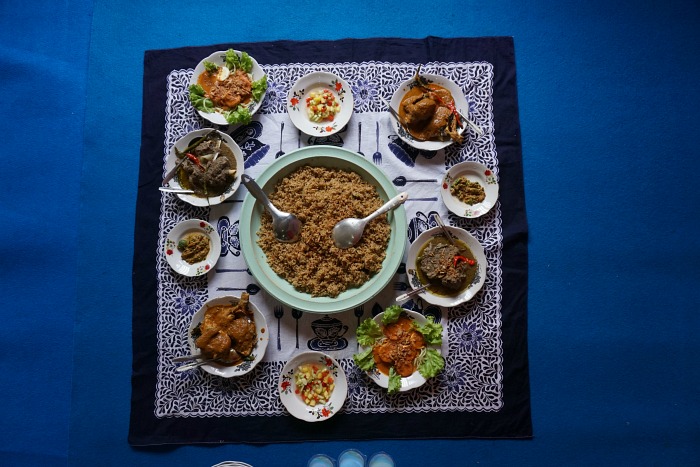 Before we left we were treated to a meal together, locals called it “Ngidang or Munggahan,” in one of the houses near the entrance to the village. The food was presented in small groups. There was Nasi Minyak (similar to Briyani rice), chicken curry, goat, gado-gado (they called it Selado), pickled pineapple and sauce. They also served Arabic coffee in a gold pot with small shot glass. The coffee is called “Sendok Mas” and it’s a speciality from South Sumatra. 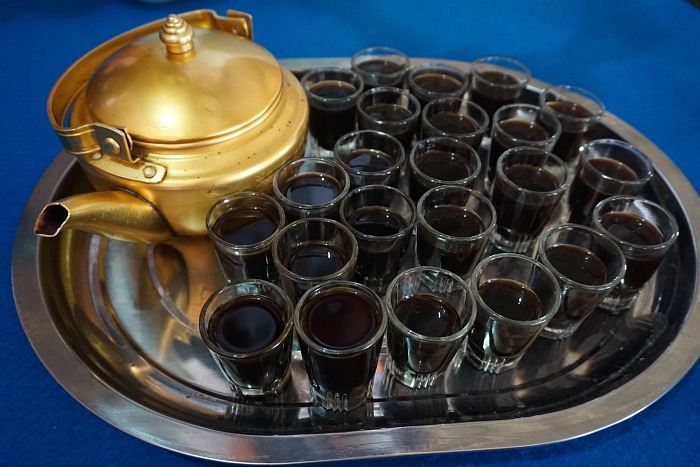 After we finished our food and several shots of coffee, we were invited to see a Gambus performance which took place on next door house. It was the first time I saw a Gambus performance live. There were 6 men playing musical instruments, one of which was called a Gambus. While the men played two people danced to the rhythm. The two dancers invited other men to show their dancing skills as well. Maliki and his friends were too young to perform. They stood still and enjoyed the show. 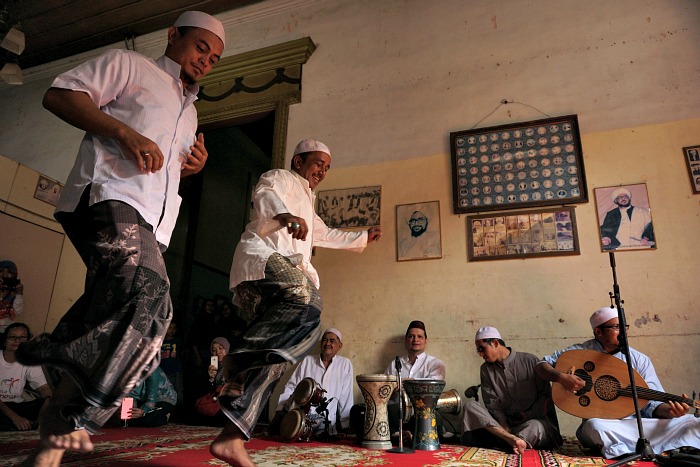 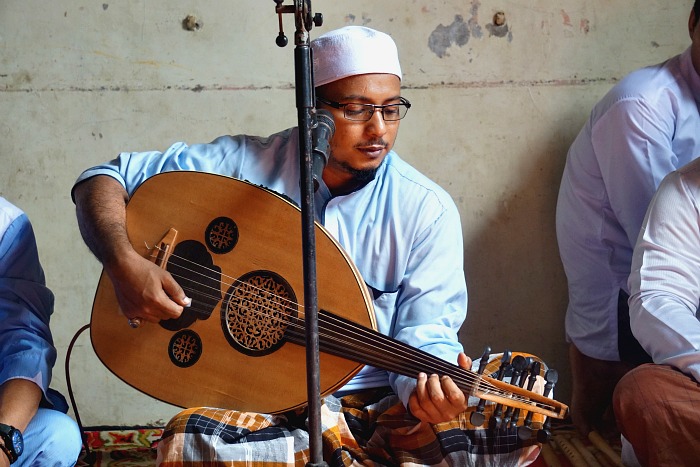 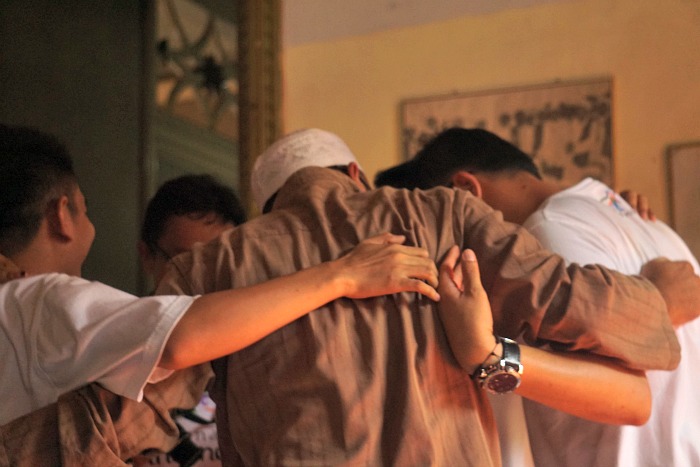 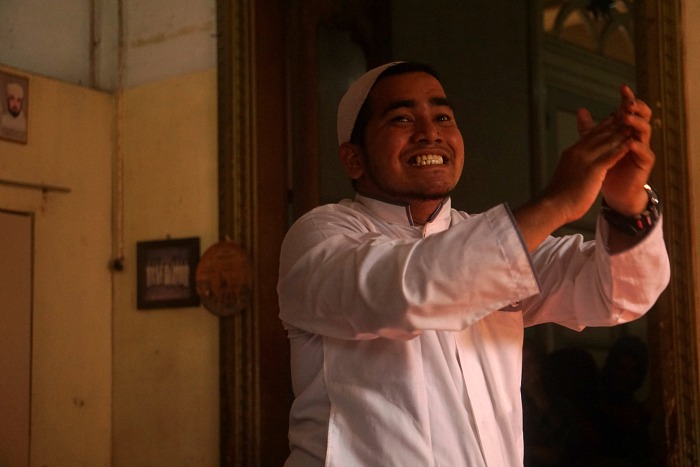 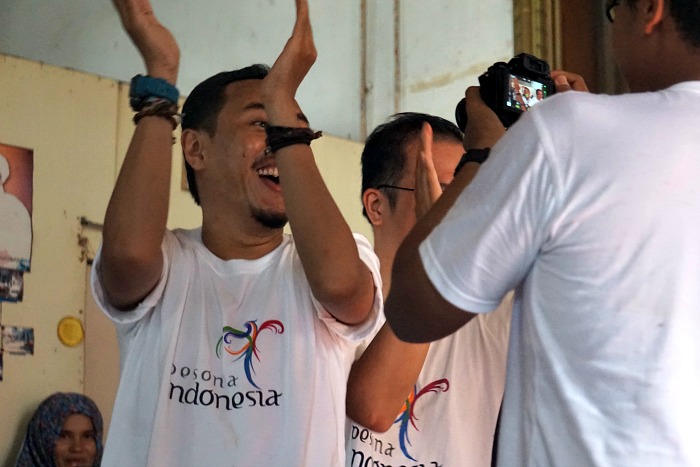 “Ayuk besok maen ke sini lagi yo? // You are coming again, right?” Asked Bagir, one of Maliki friends, when I said goodbye to them.

I smiled at them and told them that I wish that I’d have the opportunity to visit this village again in the future. Thank you Ridho, Maliki, Nizom, and Bagir for your sweet hospitality.

Palembang is the oldest city in Indonesia and it occupied by four dominant ethnic groups: Melayu, Arabic, Chinese and Javanese. Thus visiting ethnic groups’ village is a great way to learn more about Palembang’s history and culture. So glad to had the chance to visit Al Munawar. 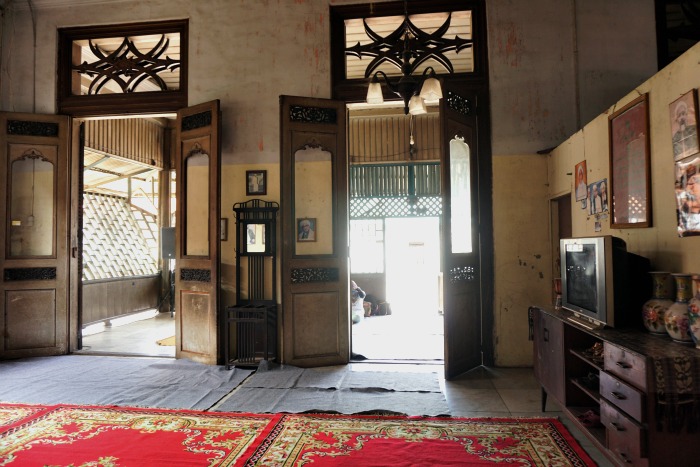 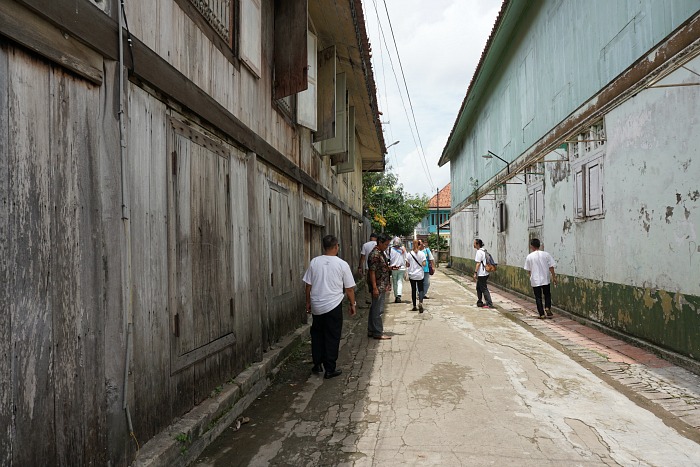 Have you ever seen houses more than 300 years old in Indonesia that still look good? If you haven’t then you should visit Palembang and check out this village.

Oh btw, Palembang will be the first city in Indonesia where you can experience the Solar Eclipse (it will take place on March 9, 2016). The local government set up two venues to watch this solar eclipse together, the Ampera Bridge and also the Kenten golf course. One day before (8 March 2016) there will be a cultural performance and also a glowing night run to enliven the event. Another great reason to visit Palembang, right?

If you are interested in booking accommodation for your holiday in Indonesia I recommend Airbnb. Book through this link to receive a $25 discount. For hotel reservations I recommend Agoda for its low price and discounts.