A Story from Banda Neira

If you think about it, there are probably lots of places that you’d like to visit. For me, if I’m going to speak about a place in Indonesia, it has to be Banda Neira. My interest in visiting Banda Neira goes all the way back to 2009 when I had just started travelling.

I am lucky to say that this May I finally had the chance to visit. I spent 6 days 5 nights in Banda Neira islands. Most of this time I spent exploring around Neira Island.

So you might be asking yourself, why did I want to visit the islands so much? Well, as you might know I’m not a history buff. The reason I wanted to visit was not because of all of those stories about the Spice Islands. Instead it was some photos that I saw in 2009, which touched my heart.

I can’t remember where exactly I saw the photos. It was a picture of a traditional market, photos of Gunung Api, the underwater coral and pictures of local people.

This collection of photos gave me a strong desire to visit Banda Neira and experience this place for myself. So when we were about to land on Banda Neira, I was smiling to see the Gunung Api. It gave me the feeling like I was visiting a distant relative who I had not met for a long time.

I spent my 6 days on Banda Neira together with seven travel mates. It was a really great experience. Yet every holiday is made up of one defining memory and for me it was my conversation with Opa (it is not his name, but it is how we called him). I want to tell you about it. 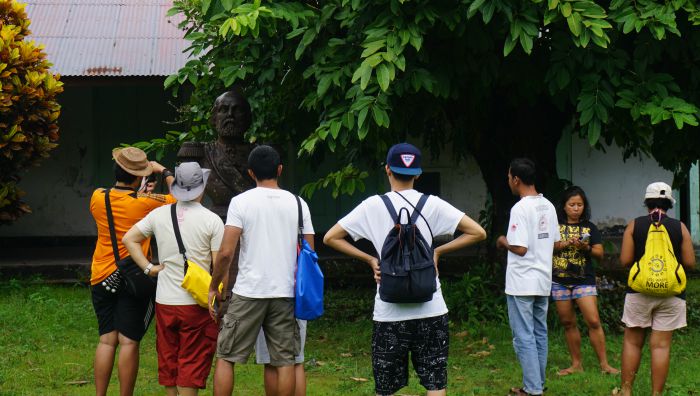 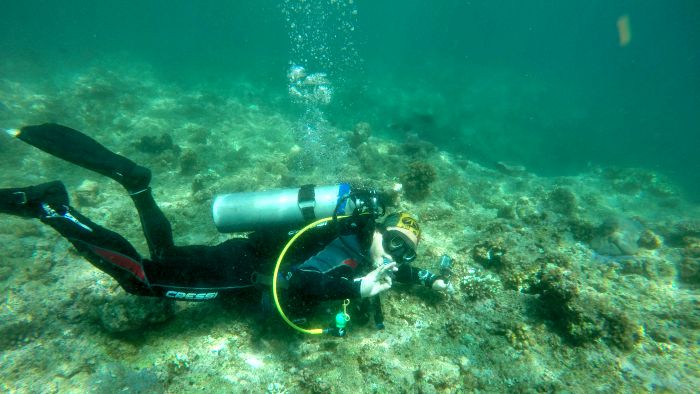 Opa was one of the seven people who I visited Banda Neira with. I remember when I met Opa I started a very casual conversation with him. I quickly realized that he reminded me of my best friend. He is funny. He is the kind of person who doesn’t say that much most of the time, but when he dores he can be so entertaining. He is also super friendly just like my best friend.

Yes, Opa was on the same boat as Evans was when the boat sunk. Opa was one of the survivors of the incident. To be able to meet Opa and listen to the story of what happened during that night was probably one of the most emotional moments of my life this year.

I visited the market in Banda Neira and pretty much can recall pictures that I saw back in 2009, I dived the Banda Neira sea, I met the local people, I joined a spice tour, visited some beaches, checked out the forts and hang out there at night. I climbed the Gunung Api, explored Banda Neira, yet my conversation with Opa that night was always in my mind. 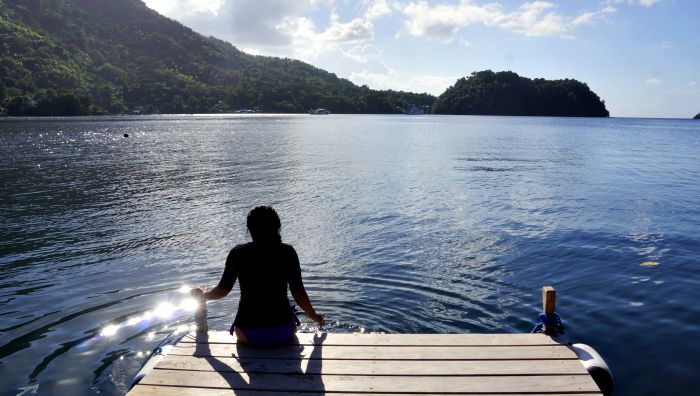 My favourite pier on Neira island – pic by Mumun of Indohoy

Evans, you know what, I think you will love Banda Neira as much as I did. 🙂

Next post The Beauty of Dieng: Sunrise at Sikunir Hill and Telaga Warna Lake

Previous post Connecting With Locals: A Community Based Batik Workshop